This Easy Shrimp Pappardelle  is spicy, light, and most importantly, SO delicious. It’s also super quick and easy (only five ingredients!), making it perfect to prepare any day of the week. And when that garlic, butter, shrimp, and pappardelle are also tossed with lots of starchy pasta water, a touch of salt, and plenty of crushed red pepper flakes, you’re left with a pasta dish that’s spicy, light, and downright delicious.

Easy Shrimp Pappardelle is another one of those five-ingredient meals that has very few ingredients, but amazingly, packs in a ton of flavor. This is due in part, to butter and garlic being a literal bomb of flavor, and partly due to the way you cook the shrimp (we’ll talk about that later) which gives the sauce a sweet yet subtle shrimp flavor I adore. 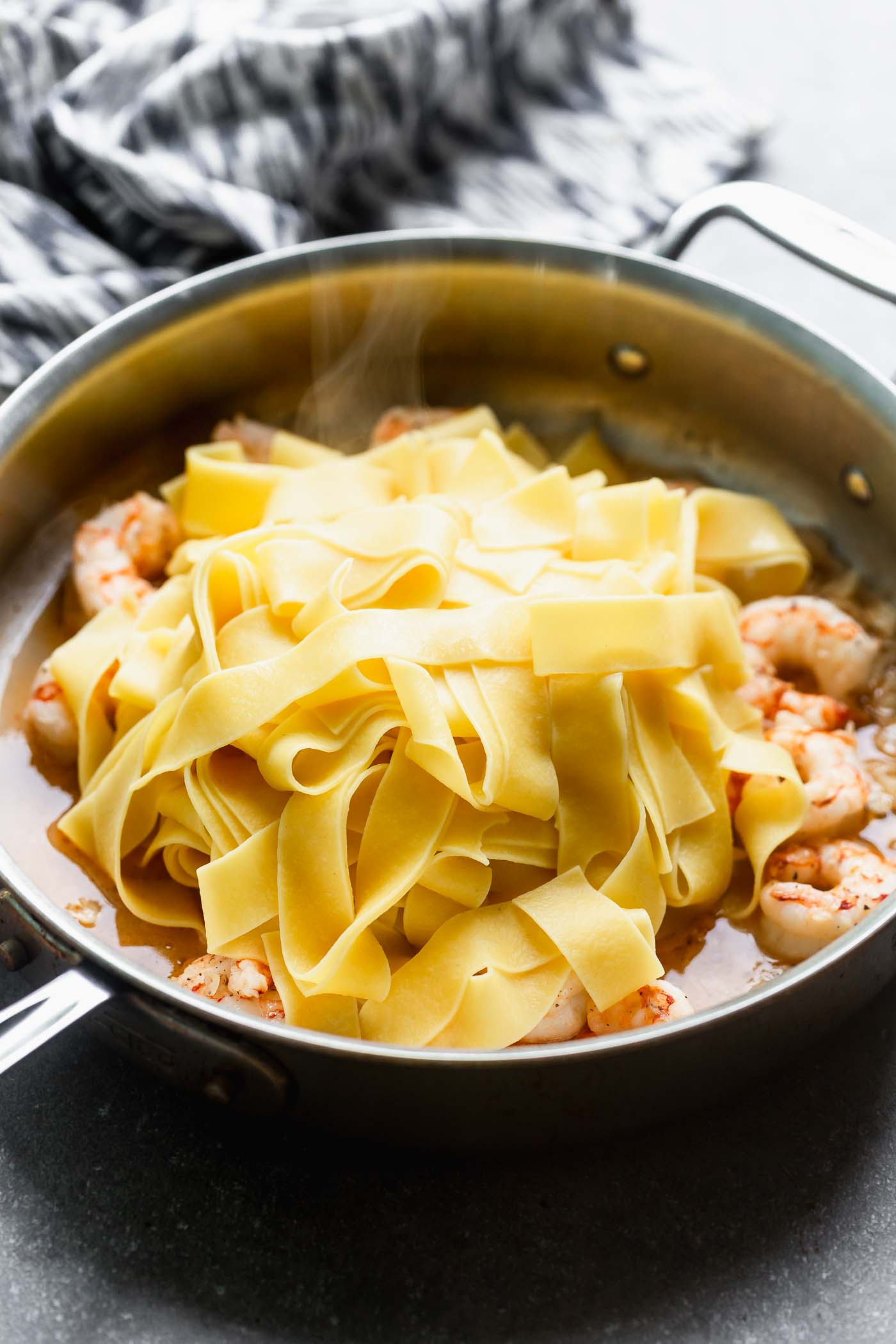 How to make Easy Shrimp Pappardelle

How to cook shrimp on the stove

Ok, so I want to go over a few things about cooking shrimp. Typically, I like to get a nice sear on shrimp, so I wouldn’t normally add them all to a pan at the same time. I also wouldn’t use as much butter as I stated, because it can steam the shrimp. However, in this case, I really wanted the shrimp to give off some of their moisture and residual flavor to add another element of flavor to the sauce, so that’s what we did.

Adding all the shrimp and once and essential searing/steaming the shrimp allows all the sweet juice from the shrimp to mix with the butter to create this utterly irresistible sauce that’s so simple, it will knock your socks off. 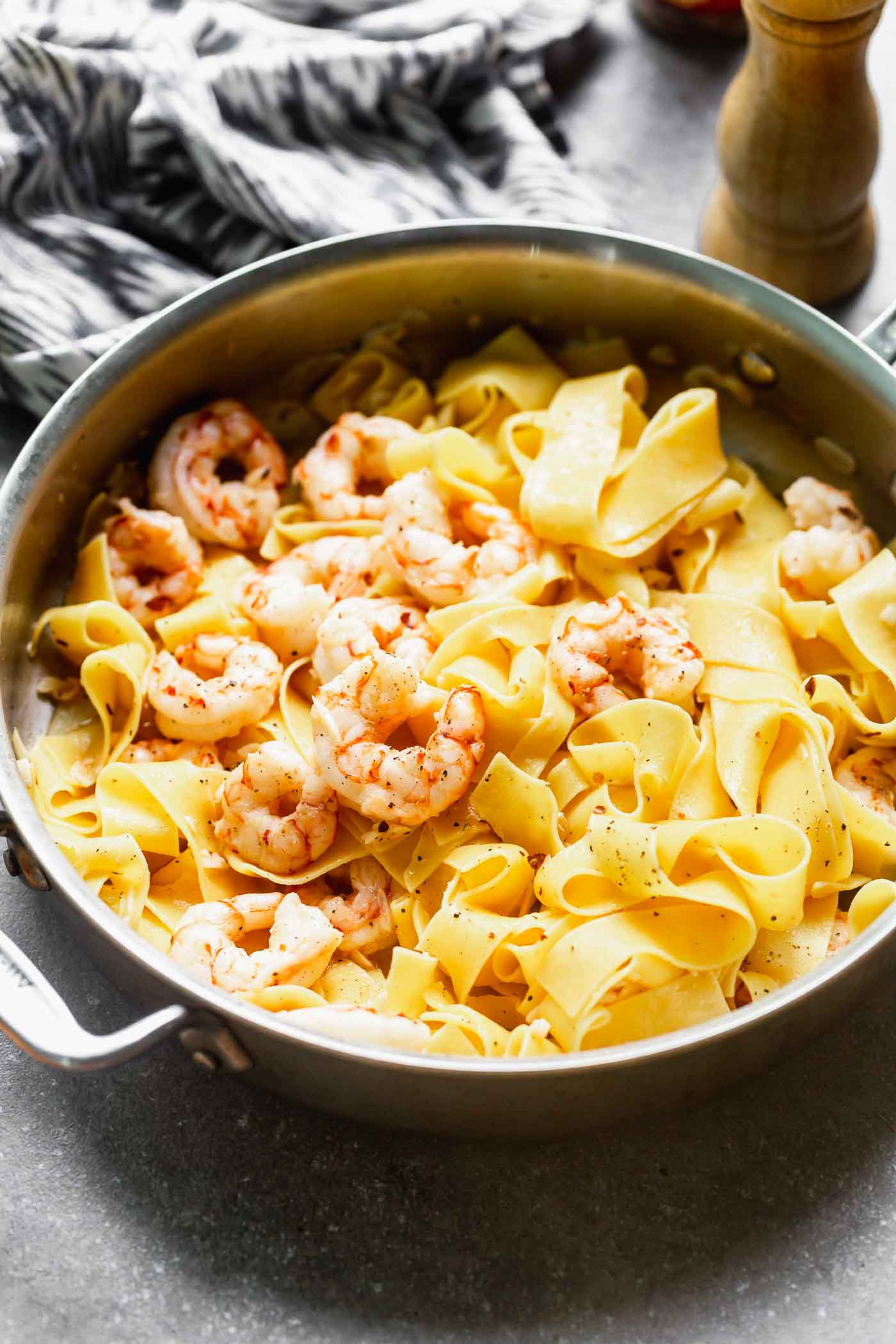 Can I make this in advance.

No. Leftover shrimp pasta is not my jam. I feel like the shrimp get rubbery and don’t taste as delicious as they do fresh. Also, this takes about 25 minutes throw together, so there’s really no reason to make it ahead of time. 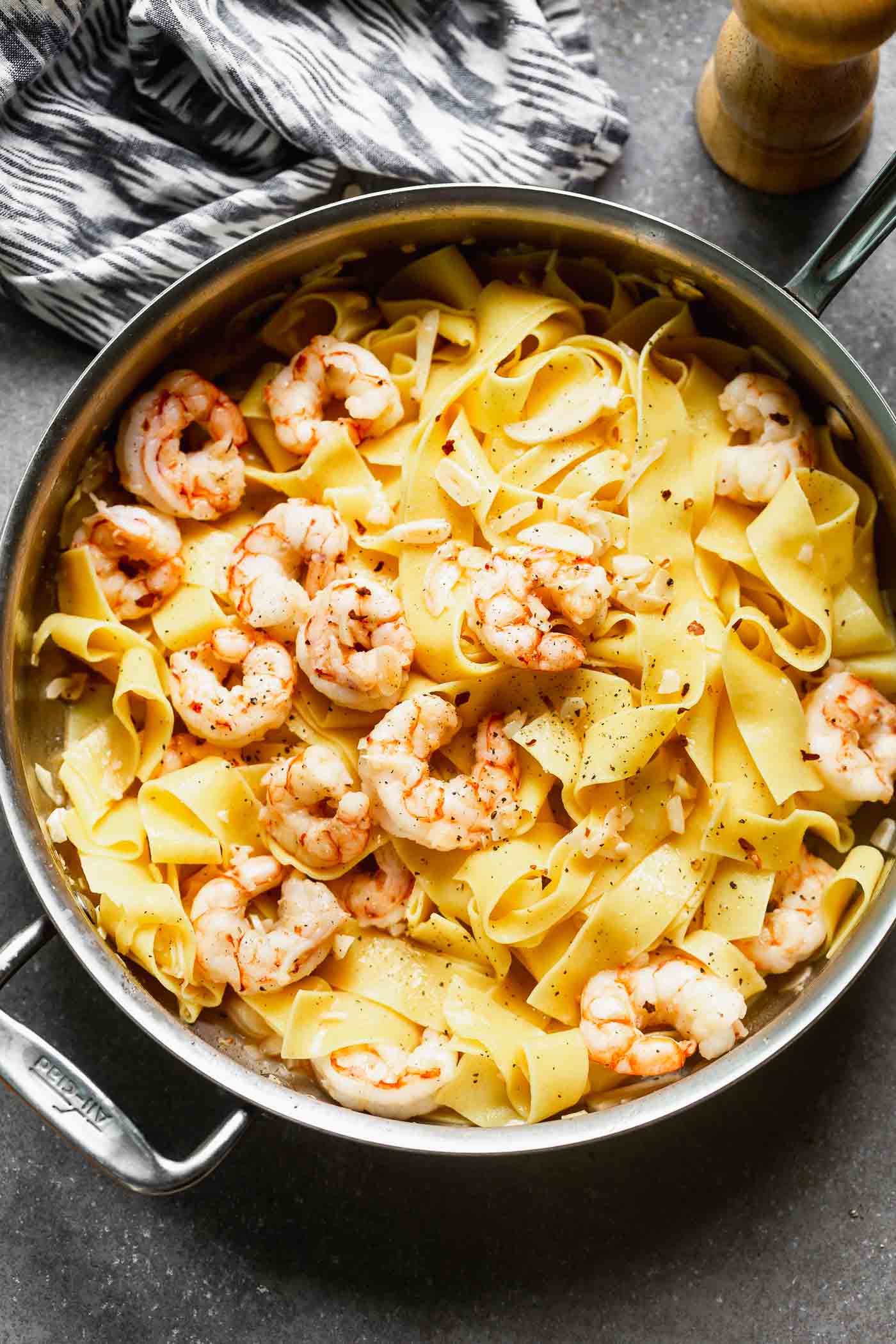 You want to use delicate egg noodle pappardelle, like this. If can also you a variation that's dried more, you will just have to cook it longer.