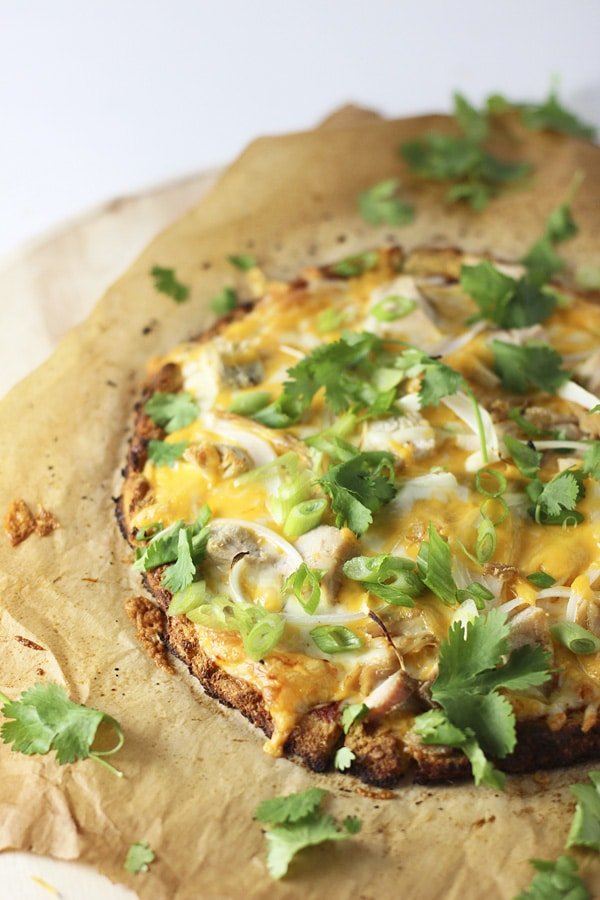 The only saving grace of this dreadful diet is my one cheat day a week. The day I get to throw caution to the wind, and indulge in any carb, meat, cheese, or sugar morsel my little heart desires. Sundays are typically my cheat day of choice since Kev and I do brunch after church, and I spend the remainder of the day in the kitchen, cooking up a storm. And while I’ve been pretty good about creating healthier recipes for the blog and our day-to-day life, I’m also working on another project that has me cooking with white flour, white flour and more white flour. Great timing, huh?

I should just give the stuff away, but I just end up eating it on my cheat days, and yesterday was a serious doozy. I started off the day with a batch of biscuits and gravy from one of our favorite brunch spots, followed it up with leftover penne carbonara (from said project), and capped the night off with a trip to Sonic where I indulged in a greasy cheeseburger with perfectly crisp bacon, cheddar bites (my fav!) and a powerade slush. Not my finest moment, but boy was it glorious. 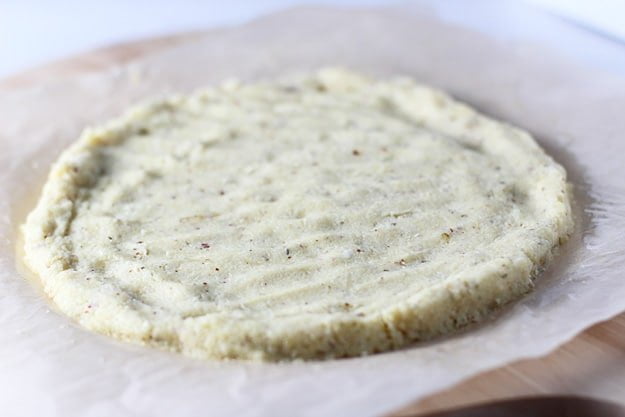 Today, it’s back to the grind… 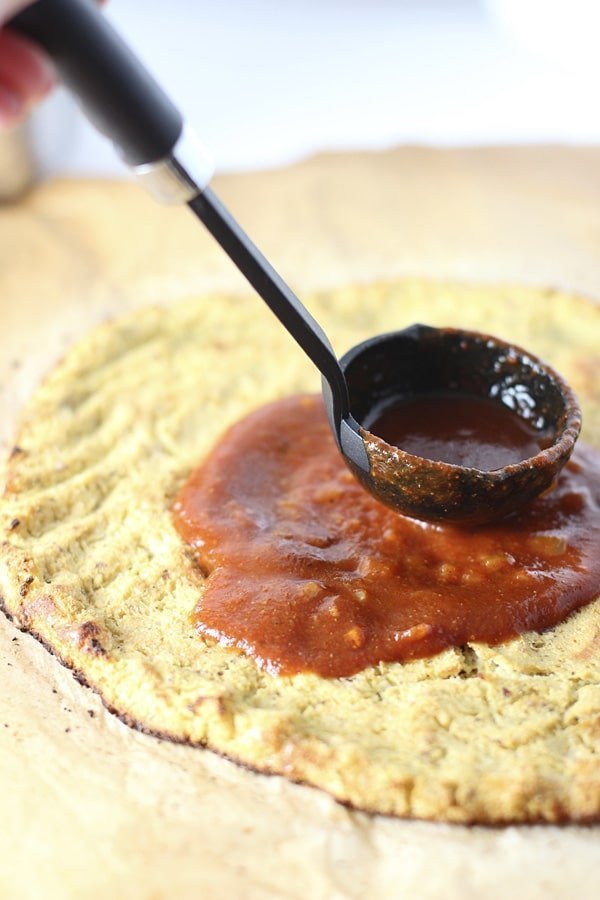 Admittedly, my breakfast and lunches these days are rather boring (think hard-boiled eggs, avocado toast, apples and peanut butter, veggie soup, etc.), but when it comes to dinner, I try to come up with menus that are both healthy, low-carb and seriously delicious. And while I only occasionally cook with zero carbs at all (Kev needs his bread in some form, even if it’s whole-wheat), I’ve reluctantly wanted to try the whole cauliflower pizza crust phenomena since the very first day I gave up pizza.

I say I’ve been reluctantly wanting to try this method because, I’ll be honest, when I first heard whispers of cauliflower pizza crust recipes floating around, I immediately ridiculed the people who actually thought it could replace pizza. I made a solemn vow then and there to myself to never ever get on board with it. If I’m gonna eat pizza, I’m gonna eat pizza, no guilt. I’d make up for the lost calories in other ways. But now that I’ve been without pizza for almost two whole weeks (and four more to go) I’ve been thinking about it non-stop. 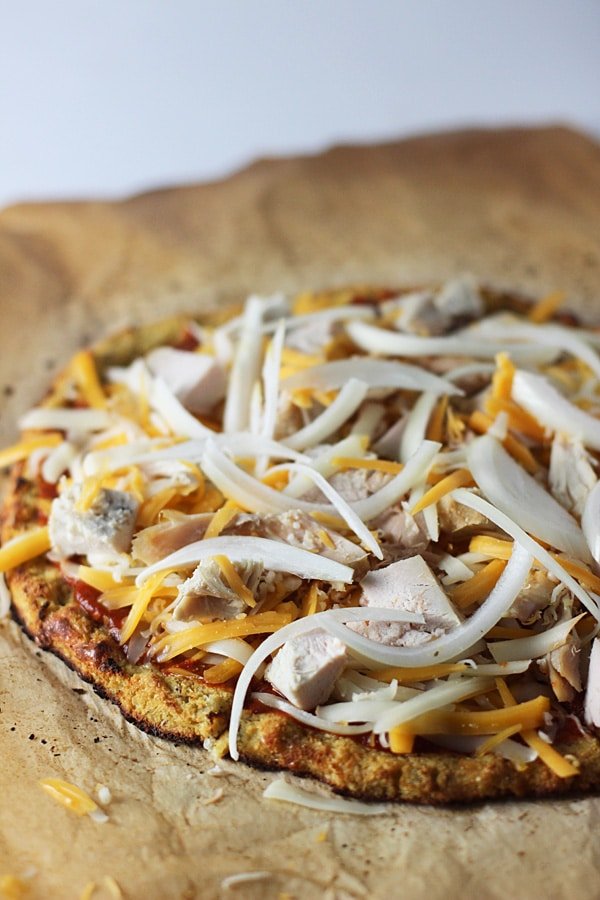 And you know what??

Both Kevin and I really enjoyed it,  which is saying A LOT, as Kev usually sticks his nose up at the “substitutions” I try to sneak by him — definitely something I’ll make again and again. 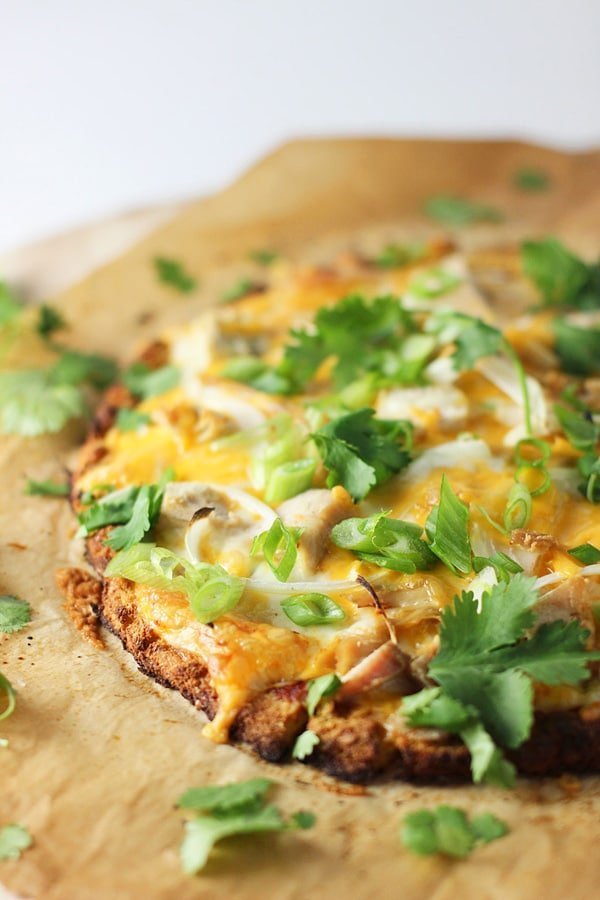 The steps are pretty simple, pulse cauliflower, cook cauliflower, mix with egg, seasoning and cheese, form into pizza shape and bake! The only changes I made was a slight adjustment in the seasoning, and I cooked my crust for about 25 minutes – I found it to be too soggy and not crisp after only ten or so minutes. 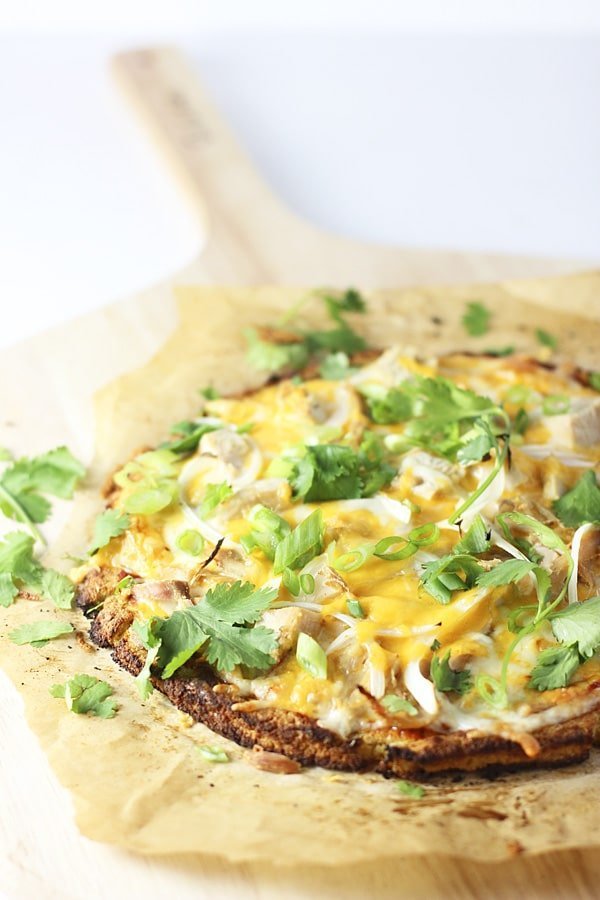 I decided to go with a Mexican style pizza, because along with pizza cravings I’ve also been desperately missing Mexican, but that’s a whole other story in and of itself, and I won’t bore you with that one.

It’s basically my classic enchiladas on a pizza. I used my favorite enchilada sauce as the base, topped it with lots of cheddar and mozzarella cheese (all reduced fat), some chopped chicken, sliced onion, green onion, and of course a handful of cilantro. I popped it back in the oven until the cheese was melted and bubbly, and voila – dinner done. 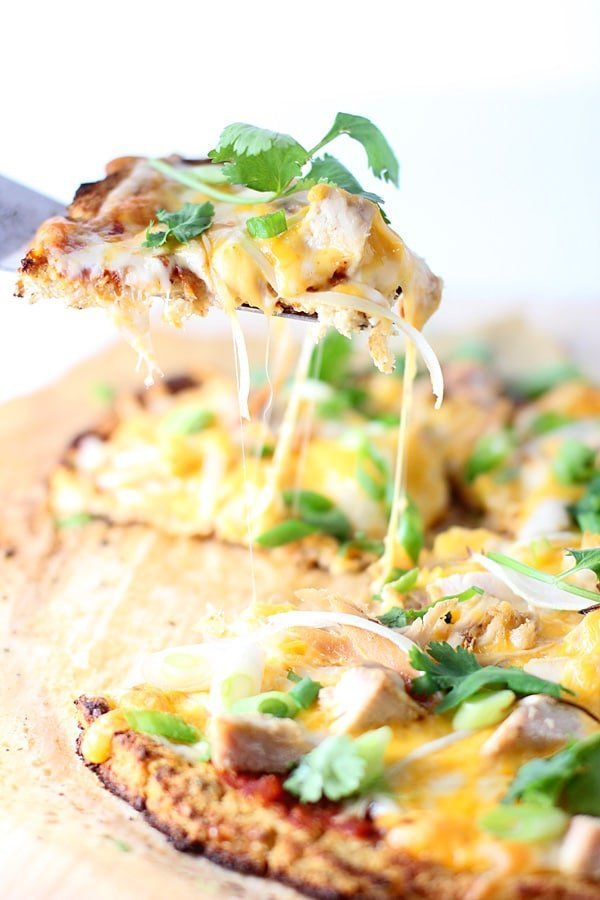 Is it tasty? Yes

Is it crispy? Yes

Will it ever replace pizza for me? Heck no.

Will I make it again? Absolutely 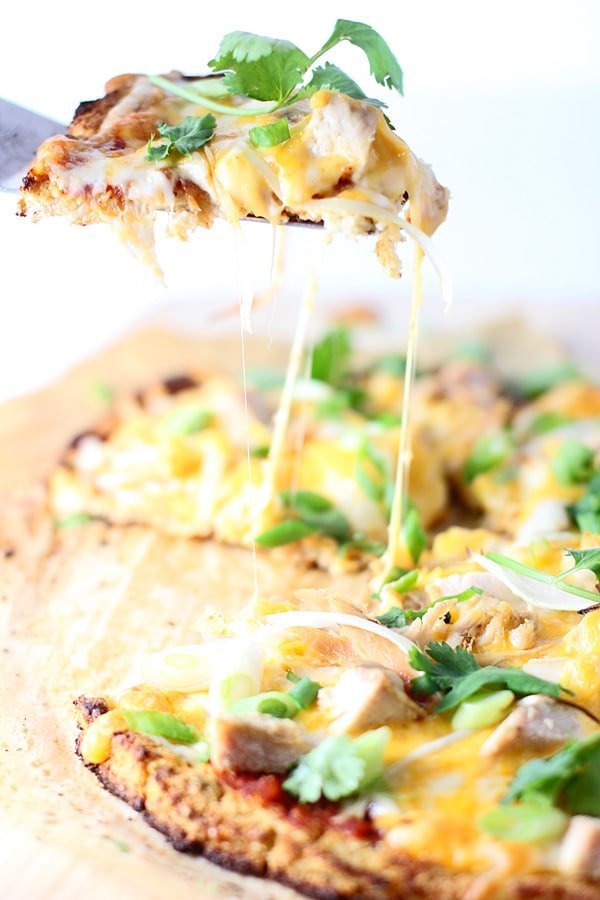