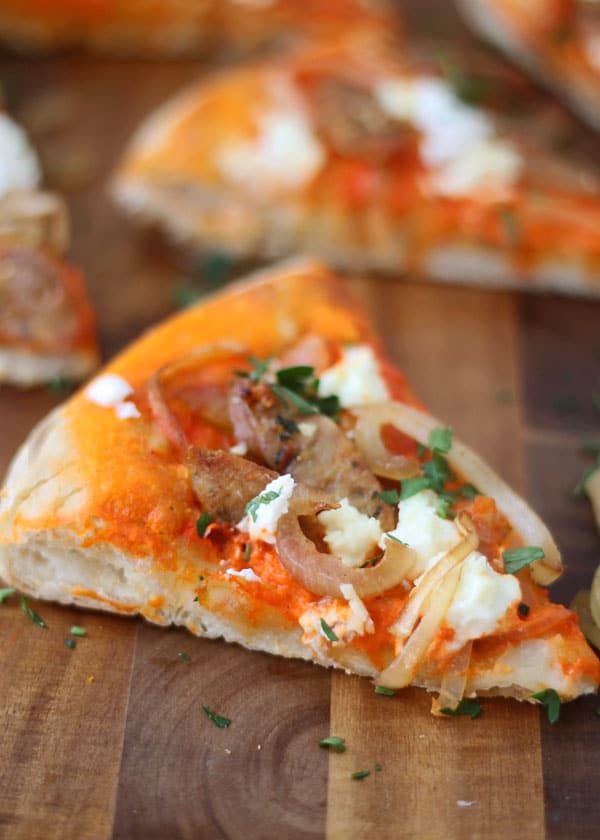 I really really wish I could eat this pizza today. Since I’ve been on quite the eating binge lately that started with this monster of a day, I’m restricting myself to a diet starting… now.

Or maybe after I eat the sesame bagel staring at me…yep, that sounds much better. 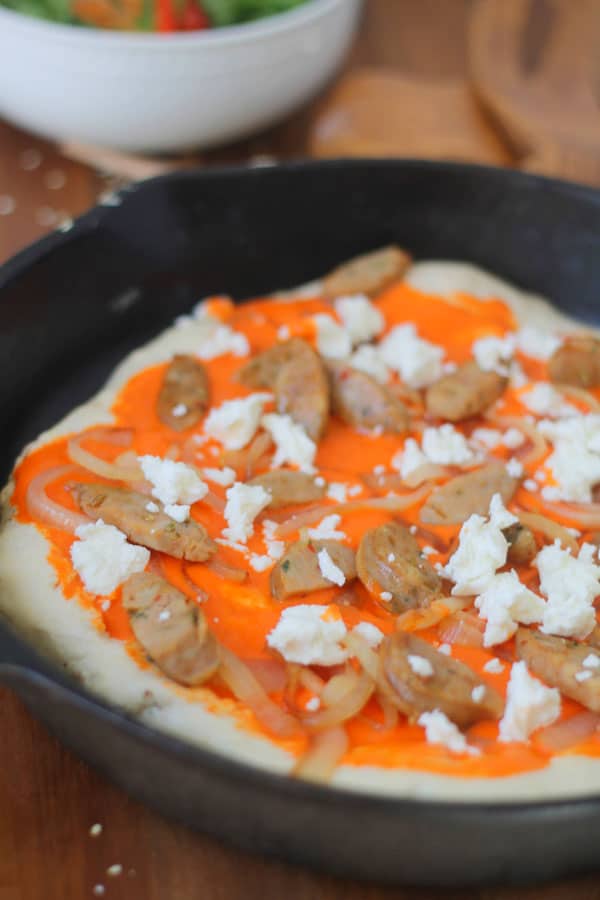 I’ve used pureed peppers for soup, pasta and hummus, so why not pizza sauce?? Ugh. So ridiculously good. The sauce gives the pizza a slightly sweet flavor with a just hint of smoke, and is the perfect vessel for a topping of tangy goat cheese, slightly spicy Italian sausage and nutty caramelized onions. Which, in my opinion are the perfect pizza toppings.

Now normally, I’d still eat this on a diet, because really it isn’t all that bad for you. Yes, there’s crust, but you could go whole-wheat if you wanted, the sausage is chicken (Trader Joe’s), there’s a scant amount of cheese AND the sauce is super low in fat and calories. BUT because I’m on an apples-smoothies-broth-only diet, I’m going to have to refrain for a week or so. Ugh.

But you…you don’t have to! You can eat this right now if you want. I’ll be thinking of you while I’m slurping on my almond milk smoothie – delicious, but totally not pizza. 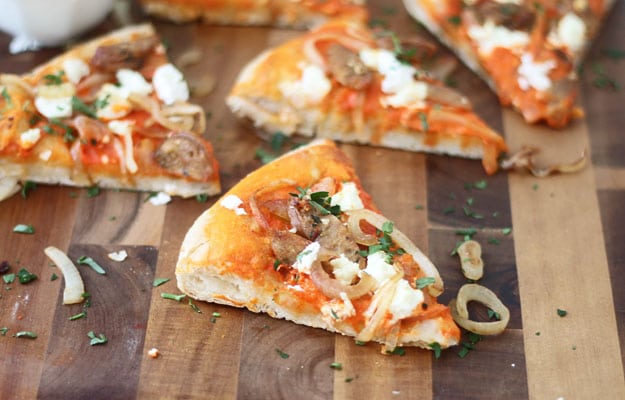 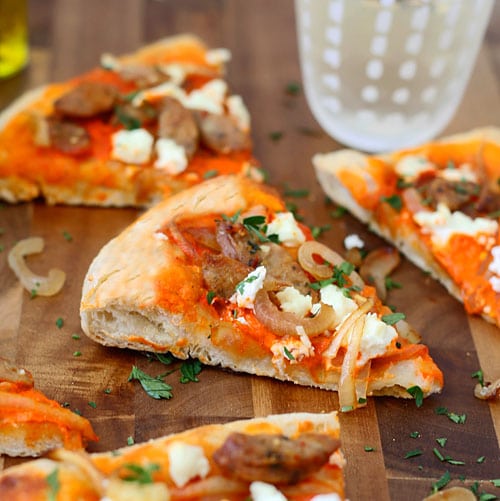