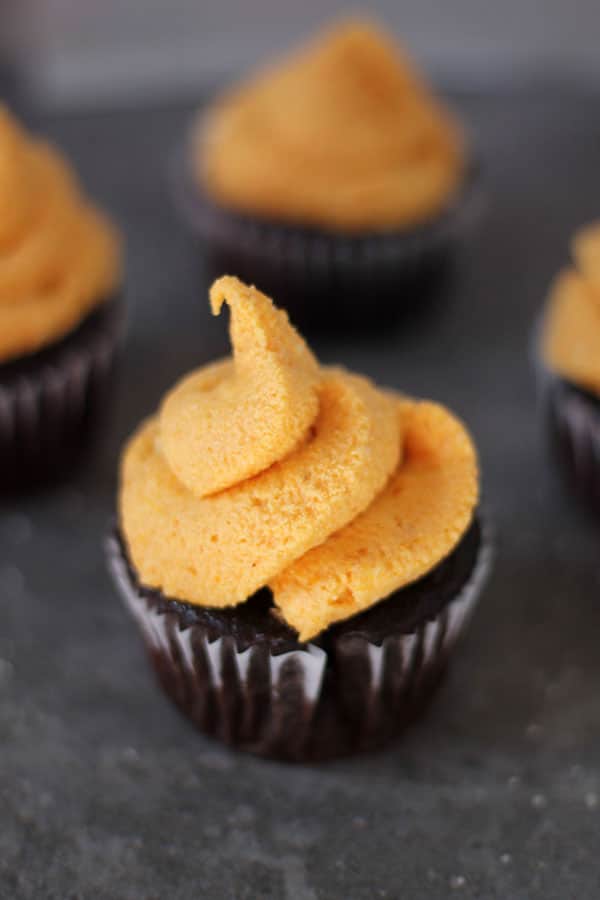 How it’s Friday again, I have no idea. It seems like each week is flying by faster than the last. It’s pretty much already next year if you think about it. What? Yup… This is how my brain works:

I could do this for the next five years if I wanted to. Kevin always gives me a hard time about just enjoying the present, which I do; I just also really really like to plan the future. I’m always thinking about the next big thing; the next vacation; the next car; the next home; BABIES! Am I the only one like this?? Is this a girl thing, or just a me thing? 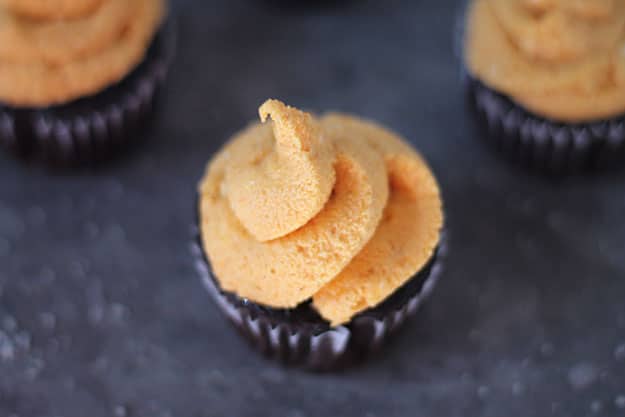 One thing I’m not ready to fast forward through?? Fall flavors – and pumpkin! I haven’t tired of it yet, I suspect that I will in about six weeks, after I’ve gone through five zillion cans of the stuff, but for now I’m still happy, be-bopping along in my kitchen, making endless pumpkin creations.

So far, I’ve made pumpkin pancakes, pumpkin mac and cheese and pumpkin biscuits – oh and baked pumpkin donuts, that were an epic fail.

These are the most “dessert-y” thing I’ve made yet. I love the combination of chocolate and pumpkin, and didn’t want to do just another pumpkin cupcake/muffin, so I switched it up and instead of using pumpkin in the cake, made a pumpkin cream cheese frosting and a chocolate cupcake. 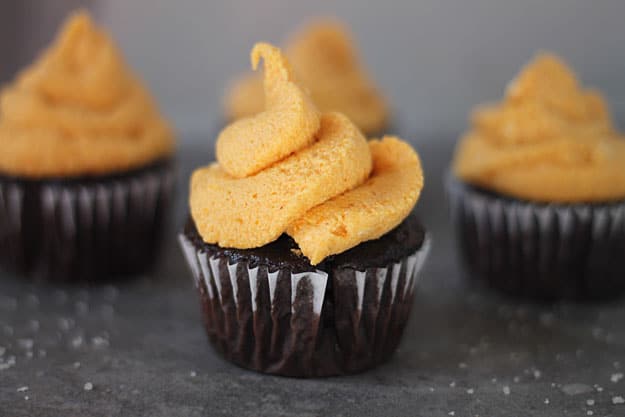 The cupcake recipe is an adaption from my hero, Martha’s cupcake cookbook, and is sooo ridiculously easy. All the ingredients are thrown into a stand mixer, and voila cupcake complete. They are so so chocolately, yet light at the same time. Kevin says that they remind him of the cake part of those hostess cream filled cupcake things, I don’t eat any of that stuff, so I wouldn’t know, but I think that’s a good thing.

They’re topped with a super simple pumpkin cream cheese frosting made up of only four ingredients, pumpkin, cream cheese, powdered sugar and butter – if you absolutely need to have the pumpkin spice in there you could throw in a little pinch, but I like the simplicity of the pumpkin flavor alone. 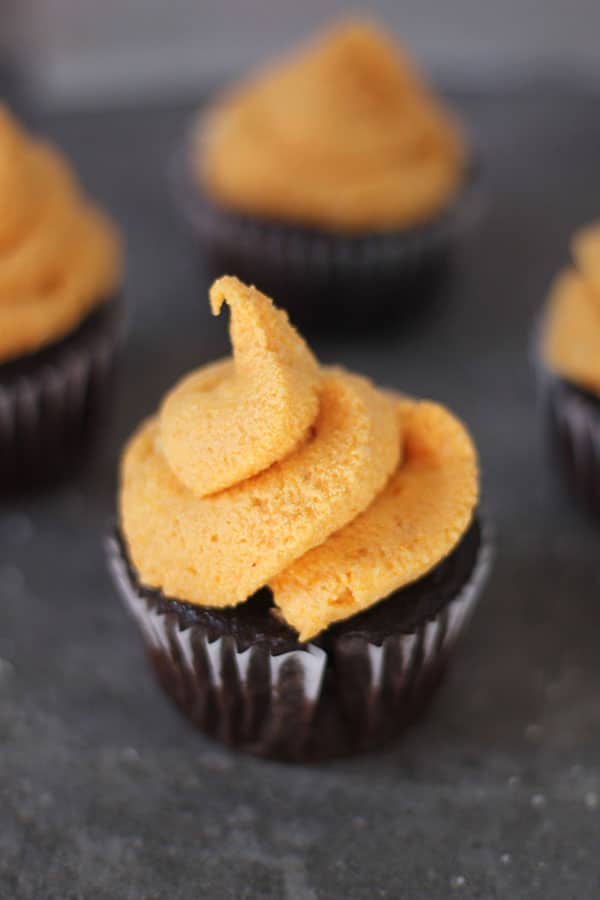 I didn’t mean for these to look like Halloween, but don’t they?

Make sure to store them in the fridge, and then pull them out about twenty minutes before serving. 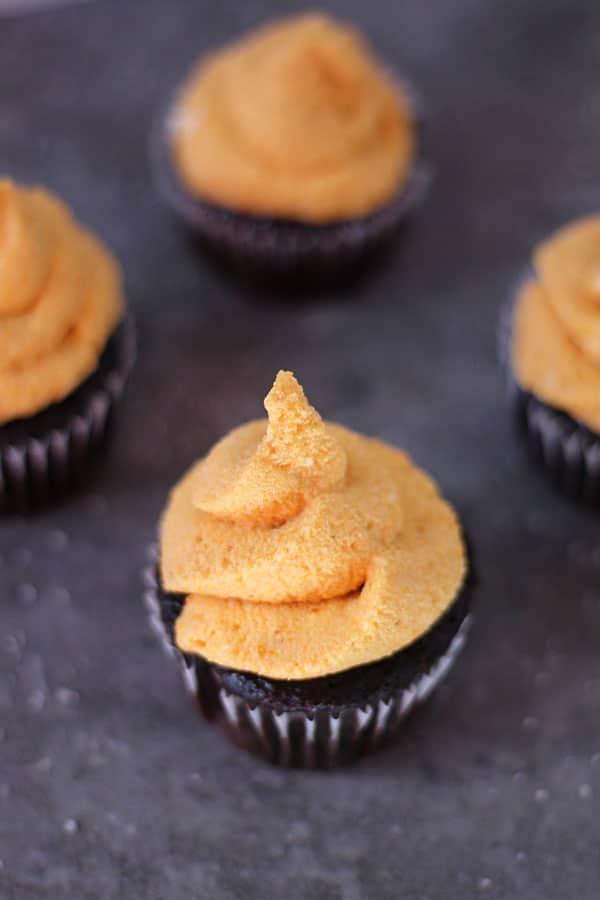 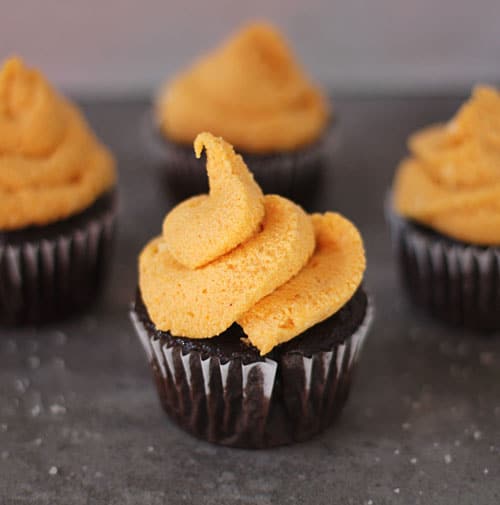