Sometimes it’s necessary to eat ugly foods.  Not everything can be pretty and colorful and just because it isn’t, it doesn’t mean that it’s not out of this world delicious. Because I love food so much and because I don’t discriminate, I eat anything and everything no matter what it looks like.  If it tastes good, that’s all that matters to me. I know some people that refuse to eat foods that aren’t appealing to their eye which is really a shame since some of the best dishes out there are not the prettiest. Take Chili for example. Different shades of brown commingling in a bowl; not exactly the Rolls Royce of the food world. But is it delicious? Absolutely.  There are a thousand other things that fall into this category and because I like you, I won’t name them all.

This dip is one of those. Although it’s not necessarily ugly it’s not happy and bright and doesn’t scream “I’m delicious!!” Let me tell you. It’s probably one of my most favorite dip concoctions to date. 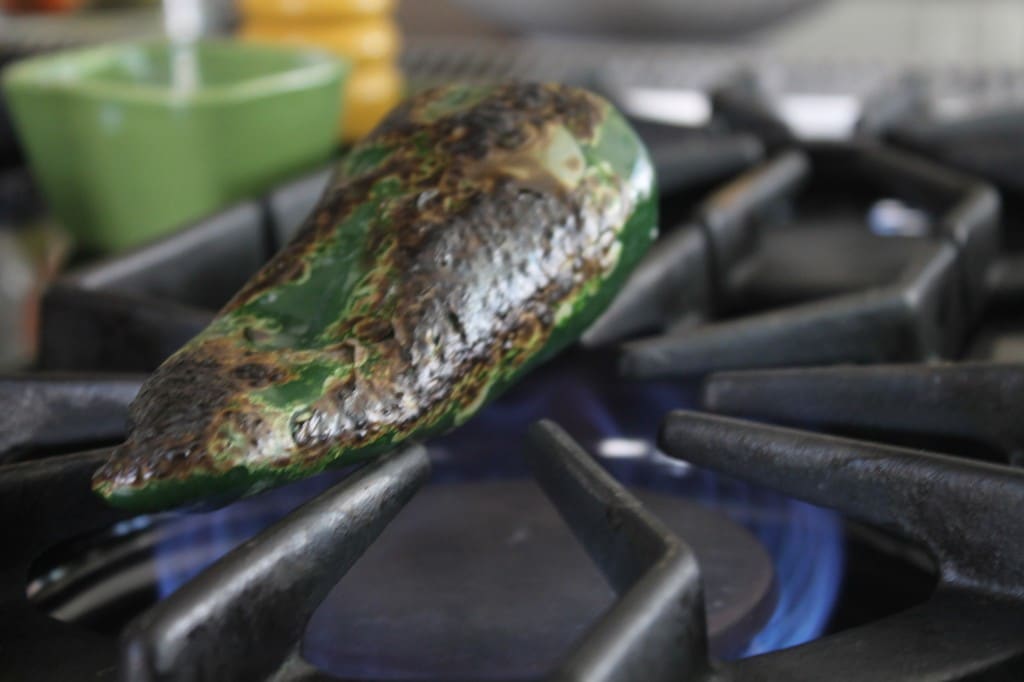 I’ve been majorly into spice lately, I’m sure you can tell by my incessant use of Sirracha and recipe titles including the word “spicy” in it. I thought I’d switch it up and add a smoky and slightly less aggressive spice with Poblano peppers. Roasting them makes them extra smoky and extra delicious. I set them right down on the gas stove and let the open flame do it’s work. You really want the whole thing to completely charred. If you don’t have a gas stove, you can broil them in the oven. Set it directly on the rack and let each side char. 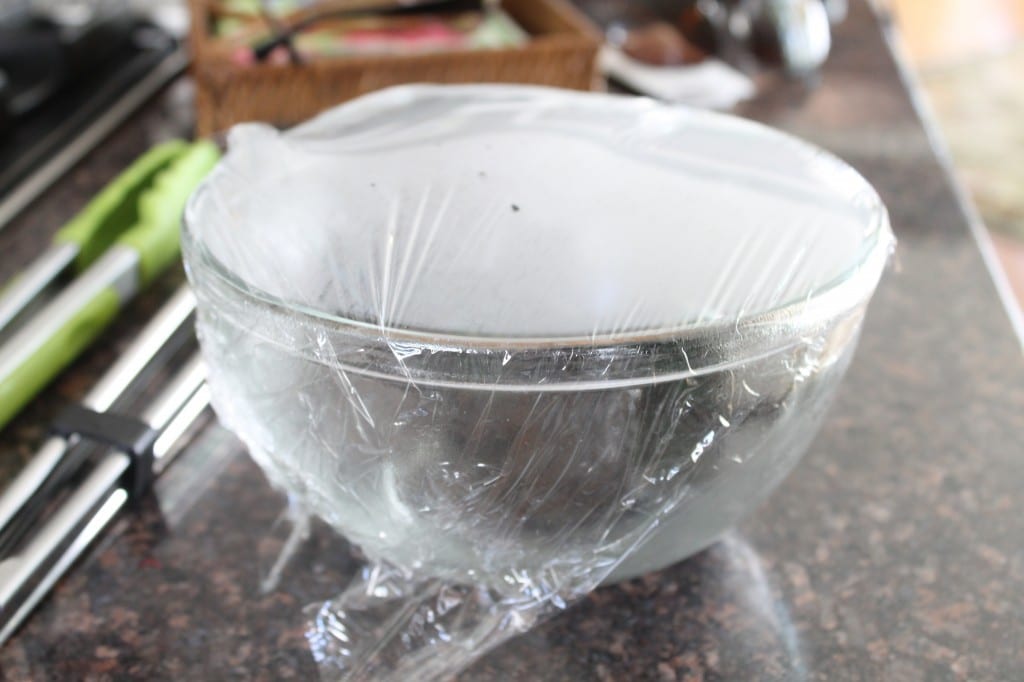 Set in a bowl and cover with plastic. Let steam for about ten minutes so the skin is easy to peel.

Peel all the skin off and discard seeds, stem and ribs. 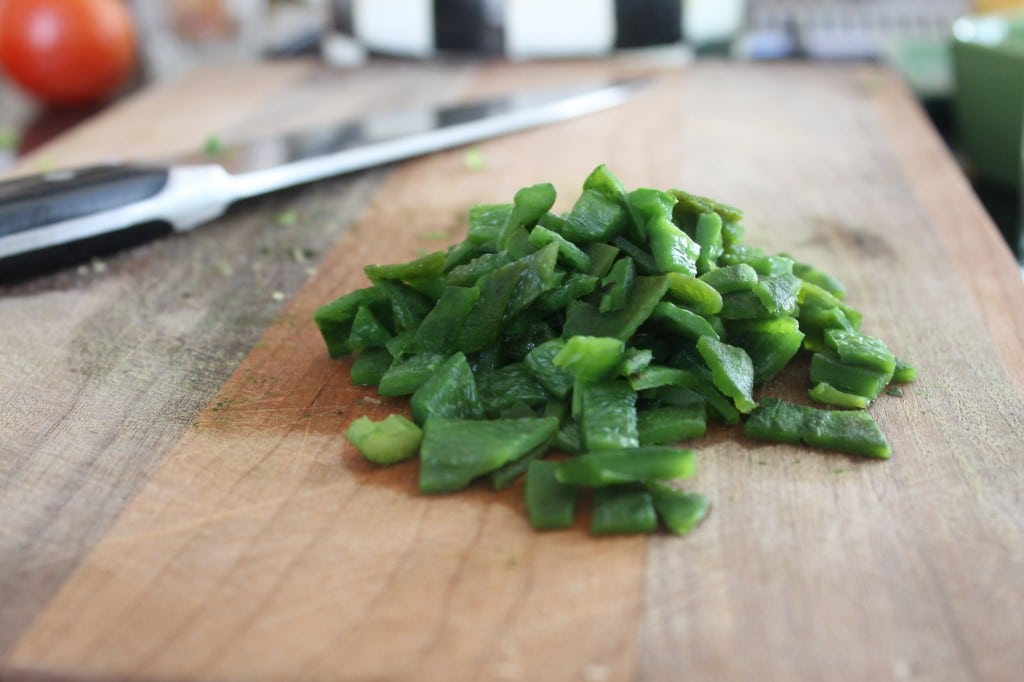 I’m always into goat cheese and I’m always into dip. Who isn’t into dip? There isn’t one person that I’ve met that doesn’t like to dip occasionally, frequently, or constantly. Dip is the common ground in all things American…Ok maybe that’s a little dramatic but you know what I mean.

Because goat cheese is so tangy I like to add some cream cheese to take the tanginess down just a notch and take the creamy up a notch.  Sour cream and Monterrey Jack cheese are necessary, well, because I felt like they were at the time. Definitely was a good call.  Add in a little bit of sautéed onion, cayenne pepper, and salt. Mix together. Good to go! 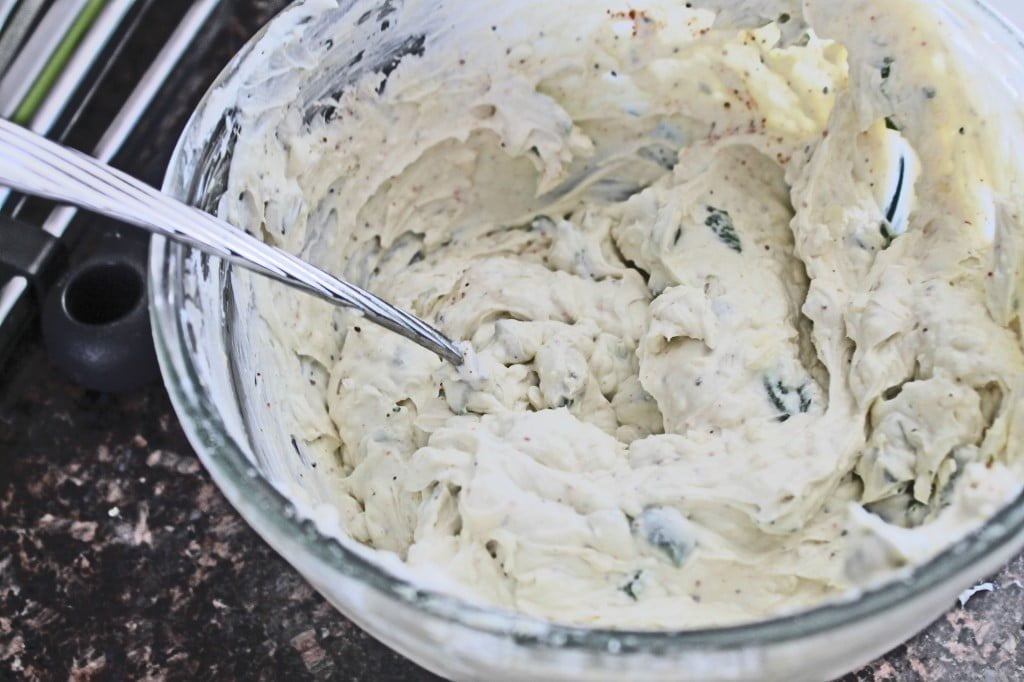 Season to taste with salt and pepper. Transfer to a small oven safe dish. Bake for about 30 minutes at 375 degress or until bubbly and brown. If it’s not brown enough but bubbly pop under the broiler for about 30 seconds. Sauté onions in a little bit olive oil until they are translucent and have released juices. Roast peppers over an open flame or in the broiler turning as needed until all sides are charred. Place in bowl and cover with plastic wrap. Let sit for 10 minutes. Peel skin off and discard the stems, seeds and ribs.  Dice peppers.  Mix remaining ingredients together. Season to taste with salt, pepper, and cayenne. Transfer to a small oven safe dish. Bake at 375 degrees for about 30 minutes or until brown and bubbly.  If not completely brown at the end of baking time set under broiler for about 30 seconds. Serve with tortilla or pita chips. 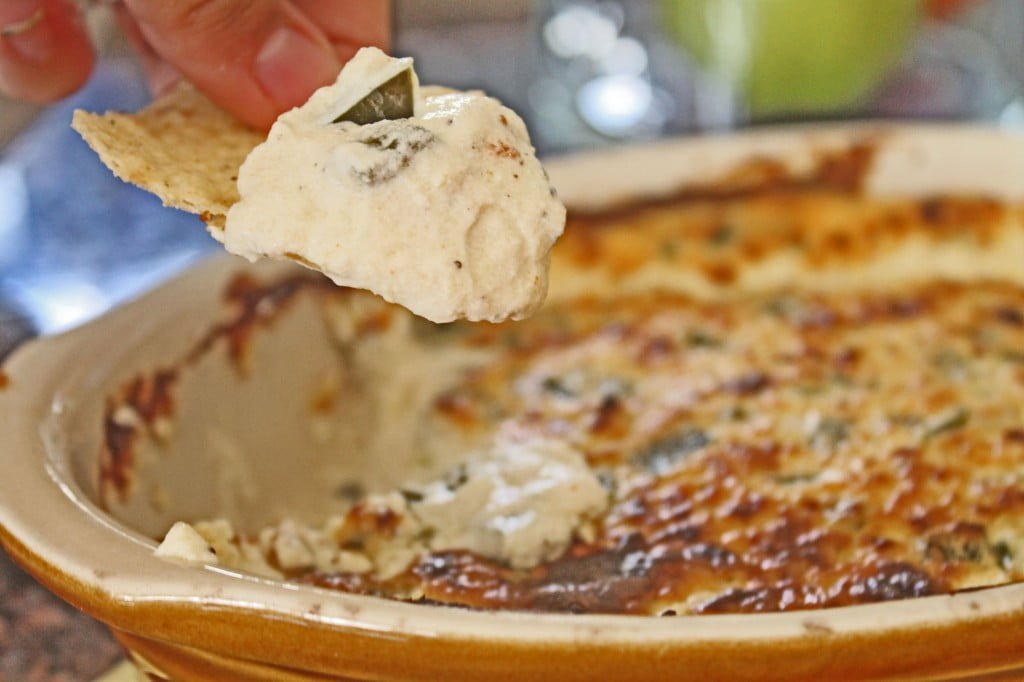