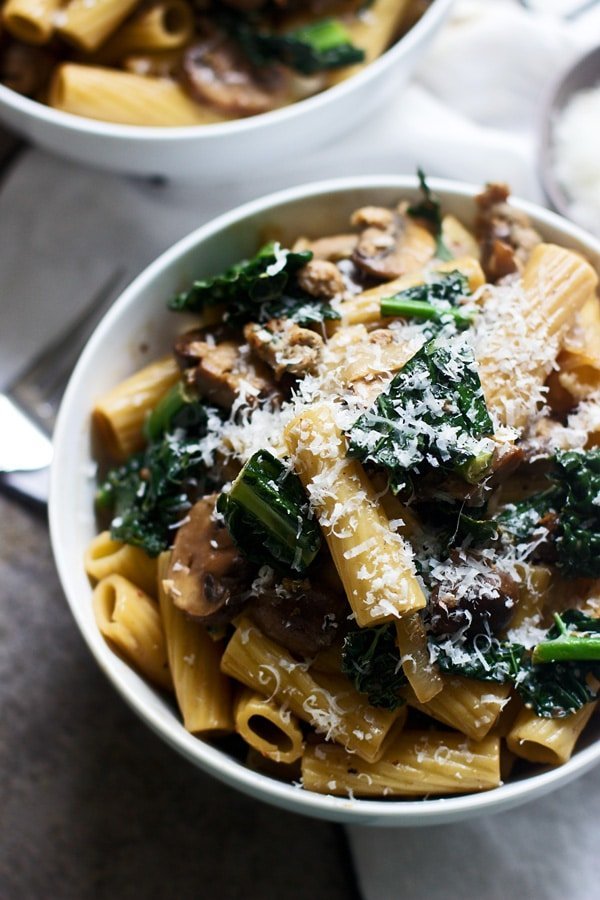 This is what my life looks like lately. Copious amounts of pasta, followed up by more pasta, oh, and more pasta.

The kind of pasta doesn’t really matter much to me, but it must be intertwined with some sort of creamy-based sauce and plenty of freshly grated cheese, which again, doesn’t necessitate a specific variety. 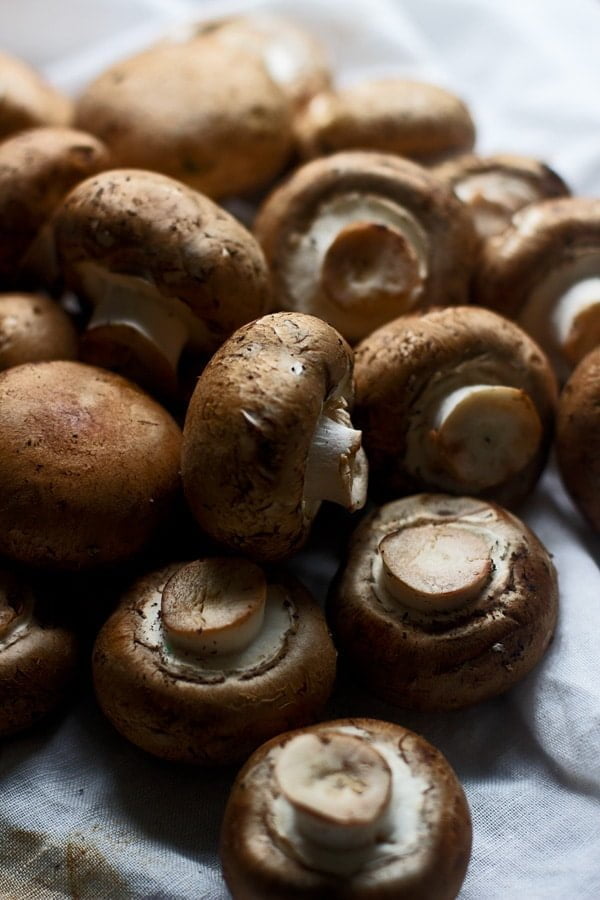 In the last three to four weeks I’ve either ordered pasta or made pasta more times than I can count, but if I had to pinpoint it, this Creamy Marsala Rigatoni was what initially kicked off the obsession for me.

While rigatoni isn’t typically my first choice in pastas, it does happen to be Kevin’s, and here, it’s the perfect choice since it holds up wonderfully to the hearty kale, meaty cremini mushrooms, and turkey Italian sausage — three ingredients that could easily monopolize a less sturdy noodle and throw things off balance.

Everything for this hearty meal comes together in thirty minutes or less, and aside from cooking the pasta, it’s also all cooked in one single pot, making this weekend-worthy dish, totally weeknight approachable.

First, the mushrooms are browned up in just a touch of butter, and I like to cook them in two batches so the pan isn’t overcrowded and each mushroom has the opportunity to brown up nicely. If you dump them all in together you run the risk of steaming the mushrooms instead, which wouldn’t be bad, per se, you just won’t get as much flavor out of them as you could have.

After they brown up, I season them with a sprinkling of salt and set them aside while the turkey sausage gets its turn to cook and turn golden brown. A little side note… I’m picky when it comes to turkey Italian sausage, and you should be too, that crappy italian sausage that comes in a tubed packing or in the freezer section of your grocery store won’t cut it. If you can, find a brand that comes in bulk, if you live in the KC area, I highly highly suggest this brand that rivals any pork italian sausage, it’s my go-to whenever I’m using Italian sausage, even when it’s not for a lightened-up recipe — it’s that good. 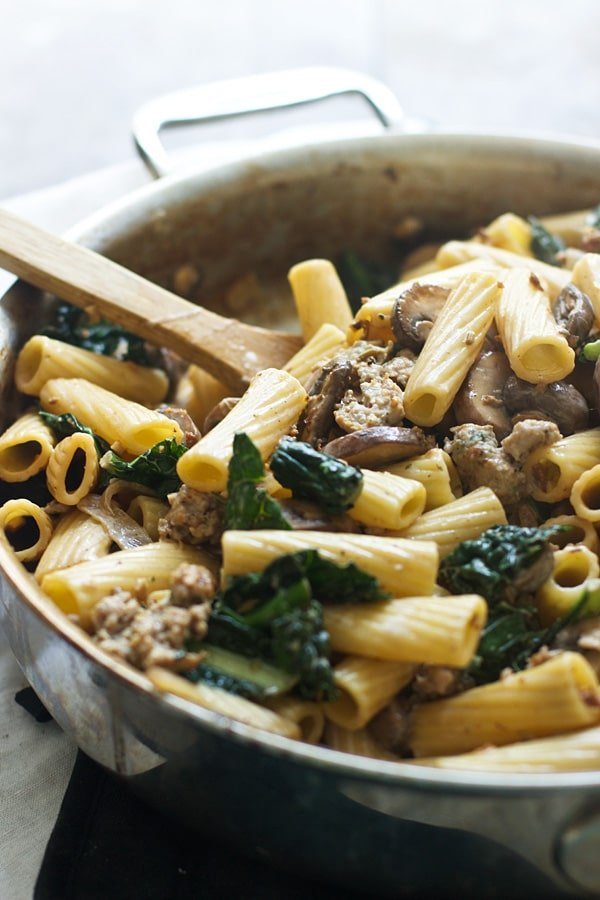 Once the sausage is finished cooking, it’s also set aside, and onion and garlic are added to the pan to be sautéed in a bit of olive oil just until they’re fragrant and slightly softened. At that point the mushrooms are added back to the pan, and they’re all hit with a generous dousing of good-quality marsala wine (I pick mine up at the liquor store and skip the grocery store variety).

After that, things come together rather quickly. The Italian sausage, aldente rigatoni noodles, some salt, kale and heavy cream are added to the mushrooms and marsala, and everything is tossed together until the kale wilts and the sauce has completely coated the noodles.

A handful of parmesan cheese is thrown in, it’s tasted for seasoning, adjusted, and then ready to be plated, and later, devoured. 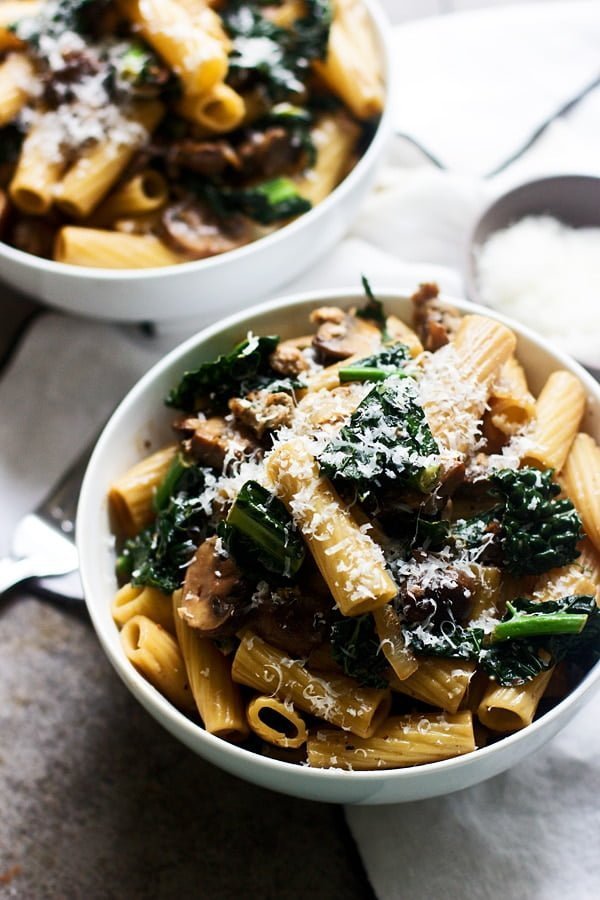 9 Responses to "Creamy Marsala Rigatoni with Mushrooms and Kale"