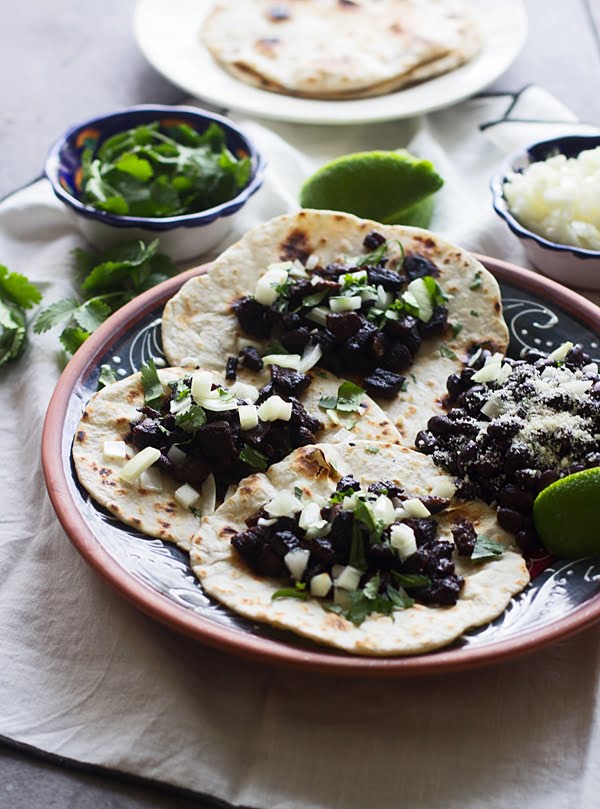 It’s been one whole month since I’ve returned from my favorite place on earth, Puerto Vallarata.

One whole month since I’ve pointed my face towards the sun. One whole month since I’ve sipped on a margarita. And one whole month since I’ve grubbed on Mexican food, which is the worst crime of all. Initially only planned on taking a week off from Mexican food before I was going to attempt to recreate some of my favorite dishes from our time there, but then, the Super Bowl happened. Instead of whipping up fresh guacamole and fajitas, I found myself knee-deep in totchos (doesn’t count as Mexican), buffalo dip and wings. Then Valentine’s Day happened, and I got all inspired to make a few fancy meals fit for a special occasion, so, needless to say, Mexican food was put on hold.

Now that we have a teensy bit of time in-between the present and the next holiday, I finally have the time to make some of the dishes I’ve been dying to recreate at home ever since we left. 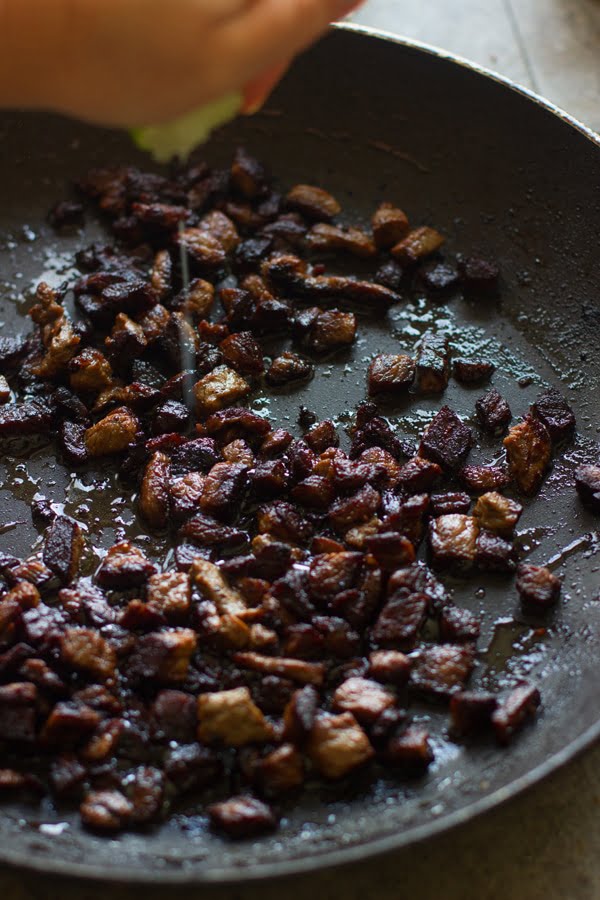 I find it pretty appalling when people travel hundreds of miles for vacation and end up going to a chain restaurant that can be found within a 30-mile radius of where they currently live. I find it almost as equally appalling to frequent the same restaurant twice on a vacation, no matter how delicious it is. Because to me, vacation isn’t just about relaxing and coming home a little more sun-kissed than I was before, it’s also about eating my way through the local food scene, which means, no repeat meals, no exceptions.

…Unless you’re the restaurant that serves these street tacos… 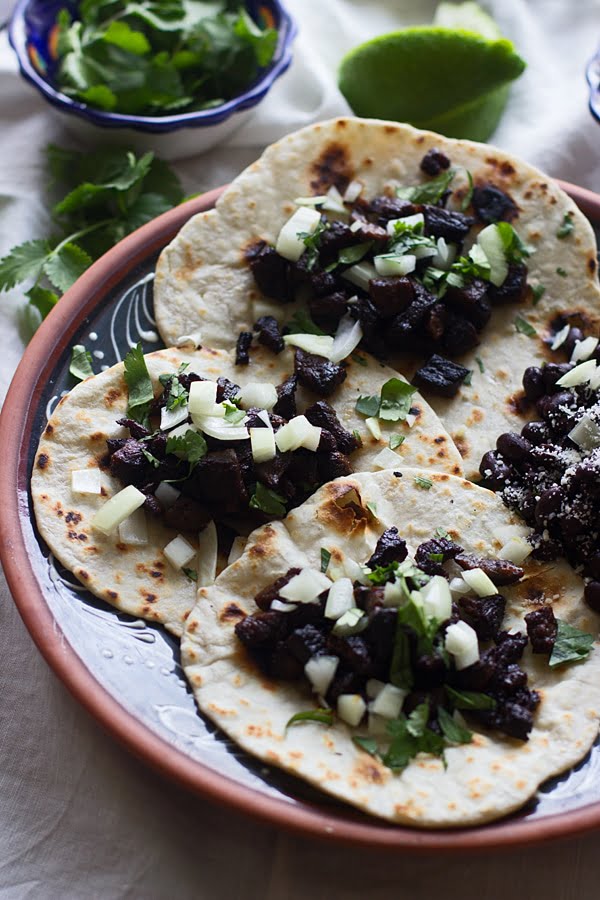 I’m not even a big taco person to begin with (enchiladas are my one true love), so the fact that one small, modest looking plate of tacos made me break one of my cardinal vacation rules is pretty mind-blowing. The craziest part of all? They aren’t covered in crazy toppings. They aren’t full of the most expensive cut of meat. And they aren’t prepared any special way. By all accounts, they should just taste like your ordinary taco, but they don’t, these guys are extraordinary. Although I think maybe their simplicity is exactly why they’re so memorable; after all, simple, quality ingredients deliver the highest-quality results, right? 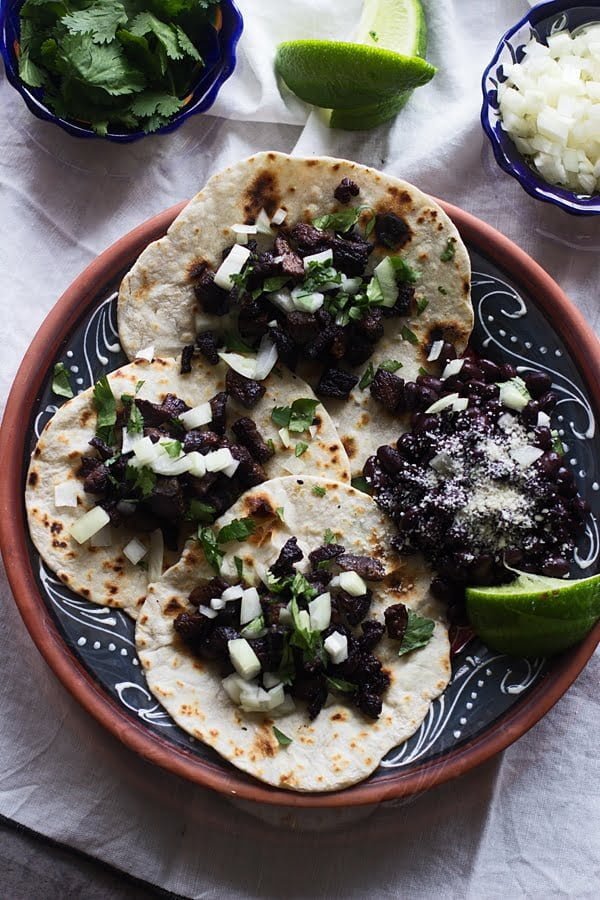 Chopped, inexpensive beef is liberally seasoned, patted dry and cooked until the outside is ridiculously crispy and the inside is still slightly soft. About halfway through the cooking process, a generous amount of lime juice is squeezed over the hot beef, permeating the flesh. A sprinkling of salt and freshly cracked pepper finishes the filling off.

The crispy steak is nestled into freshly made tortillas and sprinkled with as much chopped onion and cilantro as you please. A final squeeze of lime juice finishes the taco off. That’s it. Taco complete. 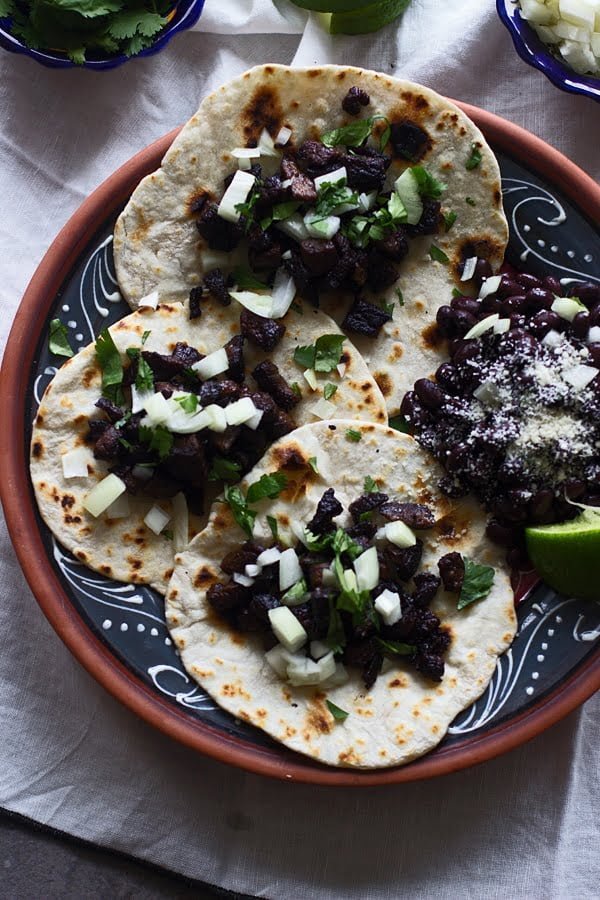 A couple notes: For the meat, you can use pretty much whatever cut you prefer, but since it gets cooked all the way through, I just went with a cheap sirloin that was on sale at the grocery store. A flank or skirt steak would also work well. Also, I find it easier to chop the meat into small pieces if you pop the steak in the freeze for a good 15 minutes or so. You don’t want it to freeze, just to firm up enough so that cutting it is a little bit easier.

Tacos don’t get any simpler or more delicious than these, trust me. 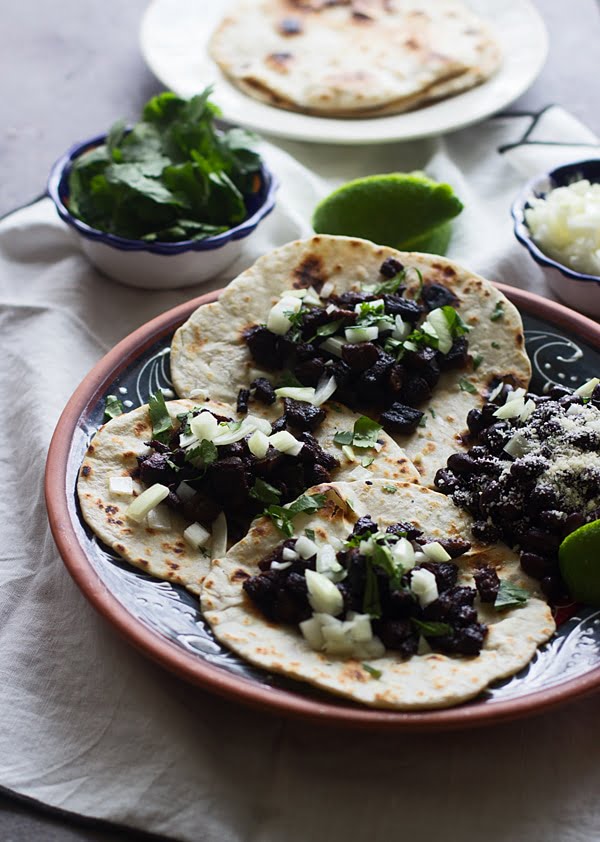