Ok, not lying when I say these are the BEST Spicy Shredded Beef Tacos. Succulent shredded meat laced with spicy green chiles, chili powder and a kick of acid from cider vinegar. They’re stuffed into puffy fried flour tortillas, sprinkled with shredded cheese, diced tomato and plenty of cilantro. 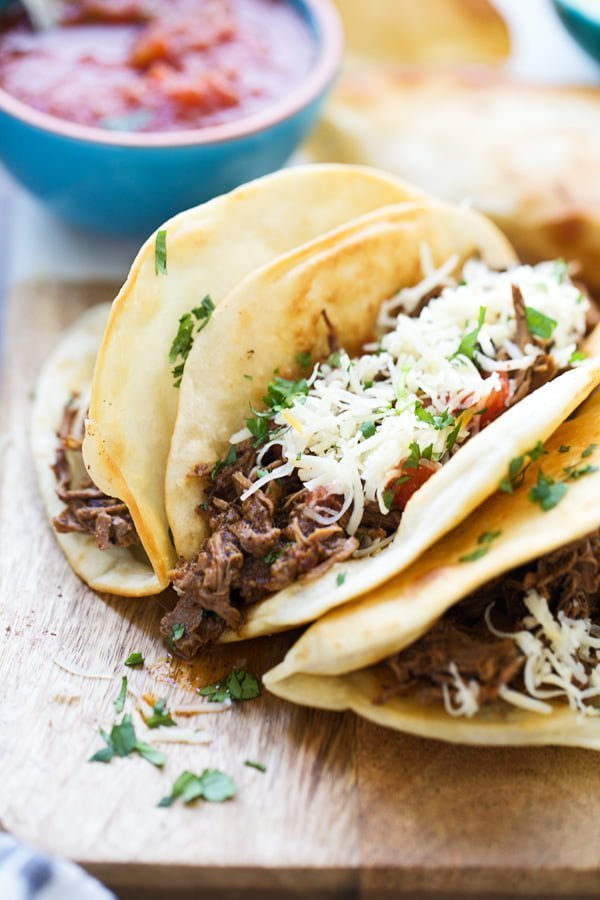 When it comes to making Mexican food at home, I’m more of a non-traditionalist. Think hatch pepper enchiladas, chicken enchilada tacos quesadillas, beer-braised short rib tostadas, etc. While they all scream Mexican or tex-mex, there isn’t really anything old school about them, for that, I’ll head to my favorite Mexican joint in downtown KC.

However, like any other Mexican aficionado, occasionally all I want is a good old-fashioned taco or burrito with all the fixins’, and I want it within the confines of my own home. In this instance I’ll head to the grocery store and pick up the ingredients for a classic hard-shell taco with ground beef, but if I’ve got a few hours on my hands, today’s Spicy Shredded Beef Tacos are what will appear on our dinner table.

I’ve actually become quite smitten with shredded beef in just about every form of Mexican cuisine, so naturally the filling isn’t just limited to tacos. You could also stuff it in enchiladas, taquitos, flautas, burritos, the lit goes on. 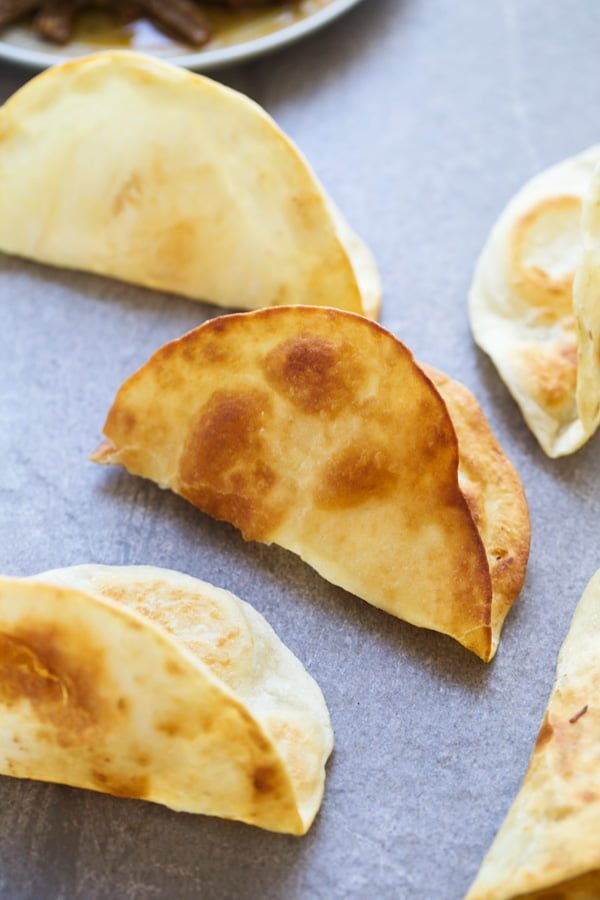 Even though the cook time is significantly longer than a traditional beef taco, it’s honestly just as easy. Here’s how it goes:

A good sized chuck roast is generously seasoned with salt, onion powder and chili powder and browned up in a little bit of canola oil. You could use olive oil, but canola oil has a higher smoke point, and since you want your pan SCREAMING hot to sear the meat and get it super brown and crusty, it’s what works best.

Once almost every inch of the roast is browned, the heat is reduced and tomato paste, beef stock, apple cider vinegar, cumin and a can of green chiles are dumped in, the whole thing is brought to a boil, is a reduced to a simmer, covered and cooked until it’s fork-tender, about 3 ½ hours.

It may seem like an odd ingredient, but I do want to note that the vinegar is pertinent to the final product. It gives the beef this slight tang and acidic taste and, in my opinion is what makes it so delicious. ( I just love a kick of acid in something slightly spicy.) 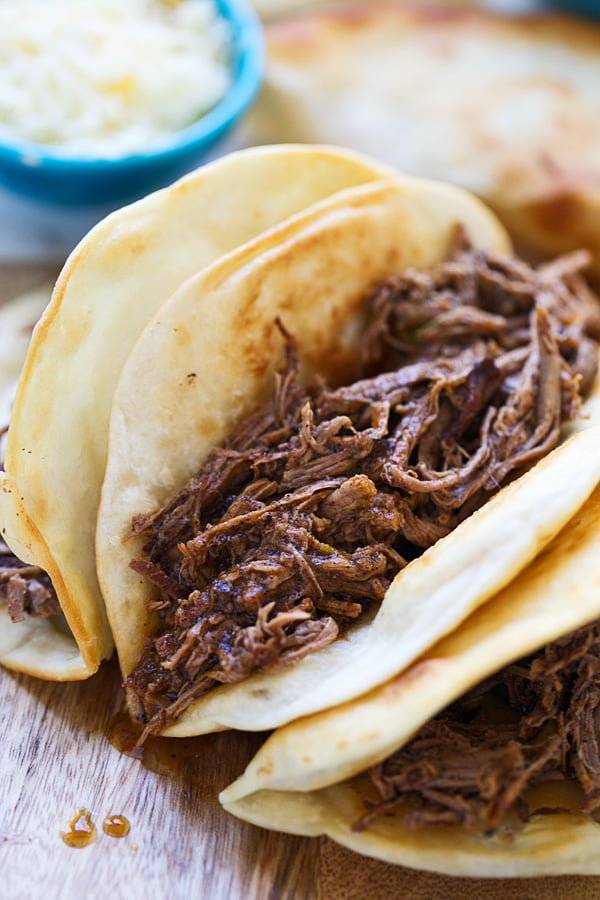 Once the meat has cooked down, it’s shredded with two forks and tossed with the remaining cooking liquid.

From this point on, you could really do what you want with the shredded beef, but of course today, we’re stuffing them in taco shells. Except these aren’t your average taco shell. Instead of stuffing the meat inside store-bought hard shell tacos or plain flour tortillas (which is FINE), I quickly pan-fried each tortilla in a little bit of canola oil for a puffy-style taco shells.

Each taco is stuffed with the beef and simply dressed with some shredded pepper jack cheese, diced tomato and chopped cilantro. 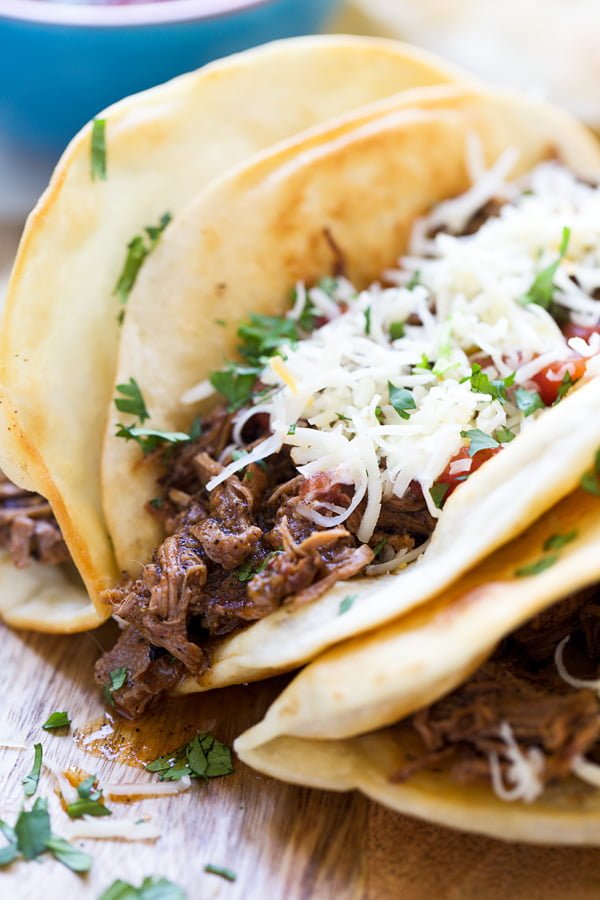 Print Rate Email
These tacos are seriously the Best Spicy Shredded Beef Tacos you'll ever make, plus they're super easy to throw together. They slow-cook for hours, so they're super tender, plus they're served with puffy flour tortillas that are out of this world!
Prevent your screen from going dark
15 tacos