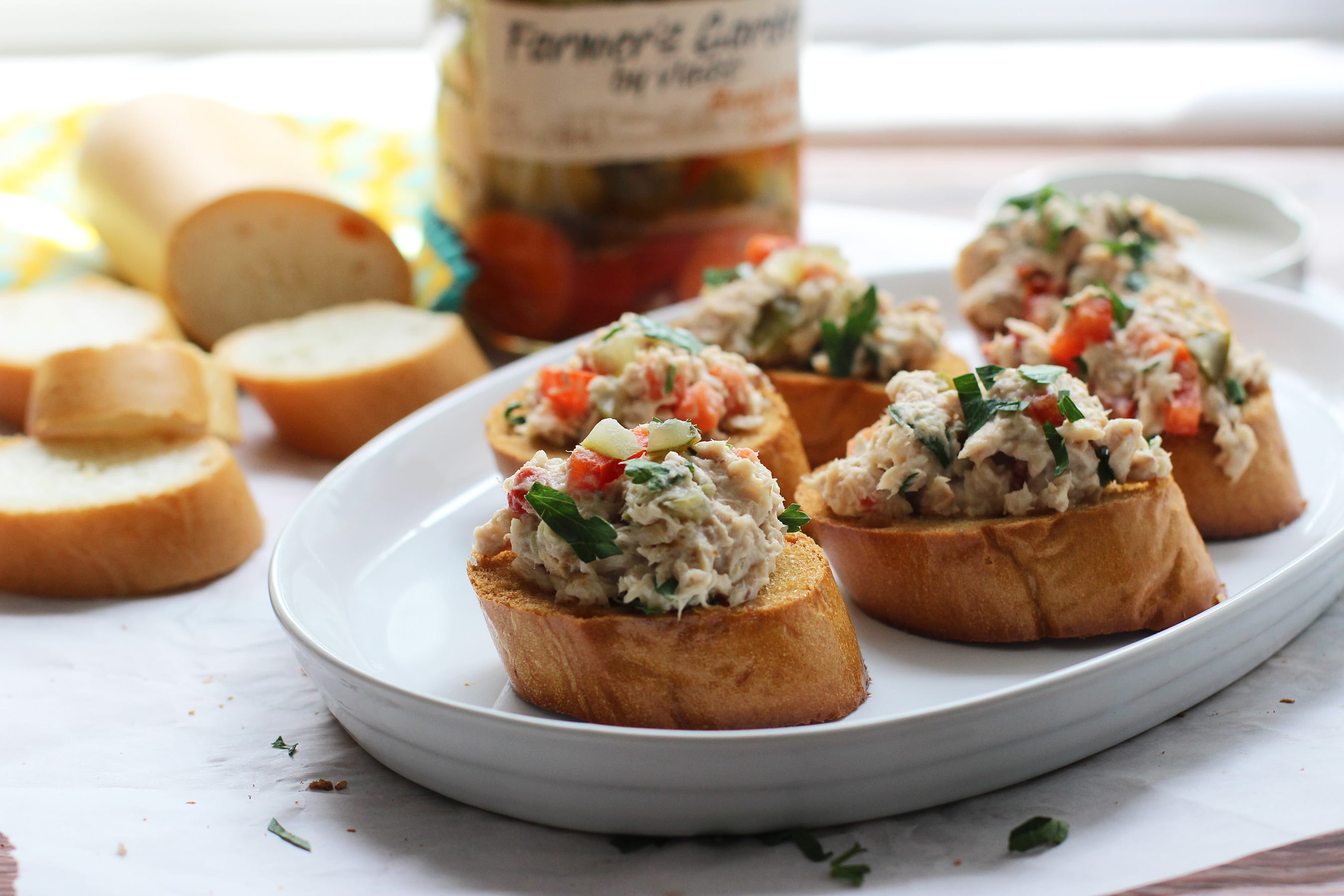 If there’s anything I’ve learned in the 10 years plus that I’ve loved to entertain it’s these three simple tips:

When I was younger, I didn’t to do either. I would plan massive complex dinners and cocktail parties, taking on seven or eight homemade dishes I’d never made before. I would hardly prepare anything in advance, and consequently be running around an hour before the party with three unfinished dishes and a wickedly grumpy attitude. Not good. 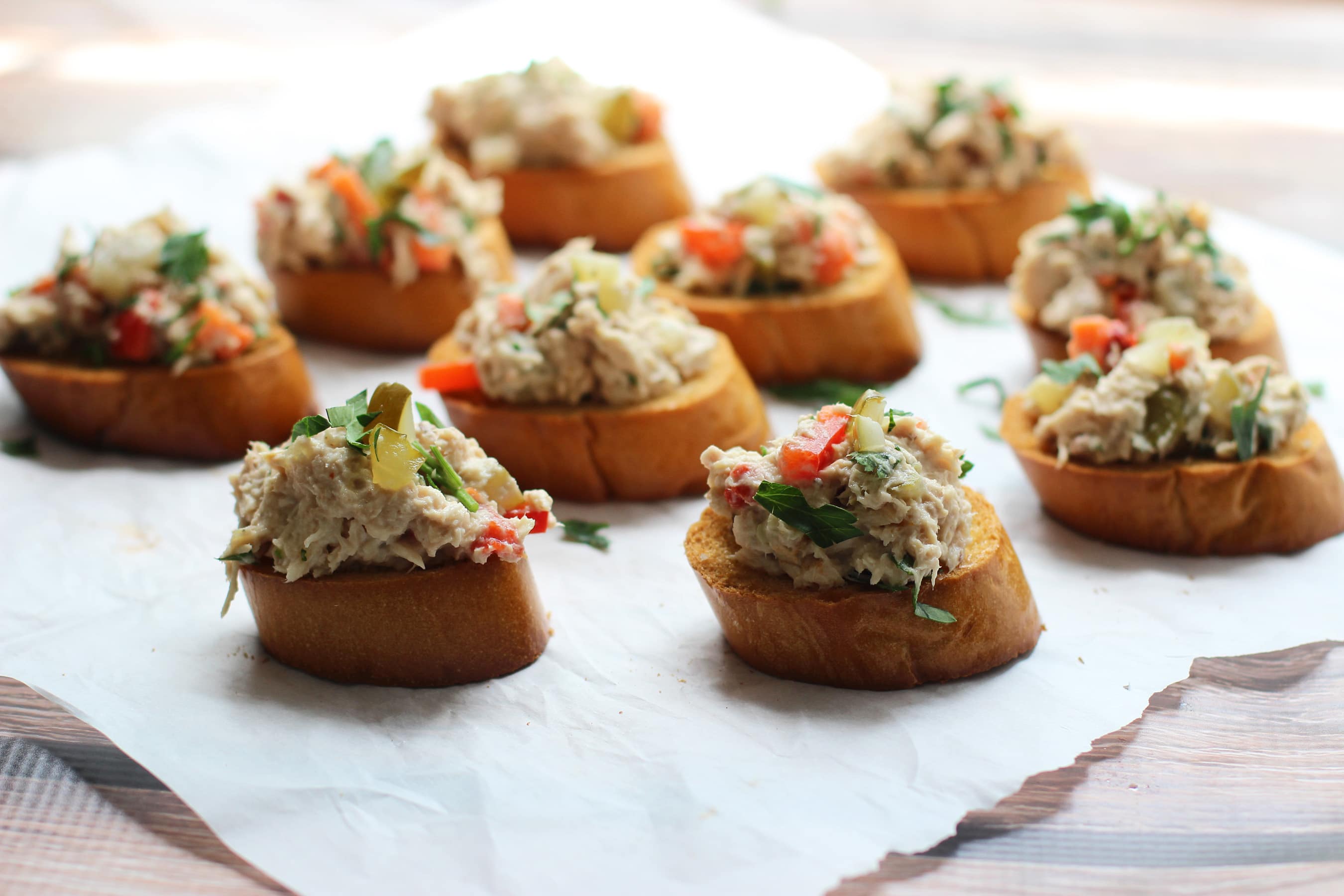 Today I’m taking some help again from Vlasic pickles; these Fresh Herb Tuna Crostini are the perfect summertime app for barbecues, cocktail parties or just a casual summer lunch on the patio. For one, the only cooking required is a quick bake of sliced ciabatta bread to crisp each crostini up. Two, the tuna topping can be made a day or two in advance. 3. If this is a new recipe to you, the ease and quick assembly make these totally fool proof, even for the most inexperienced of cooks and entertainers. 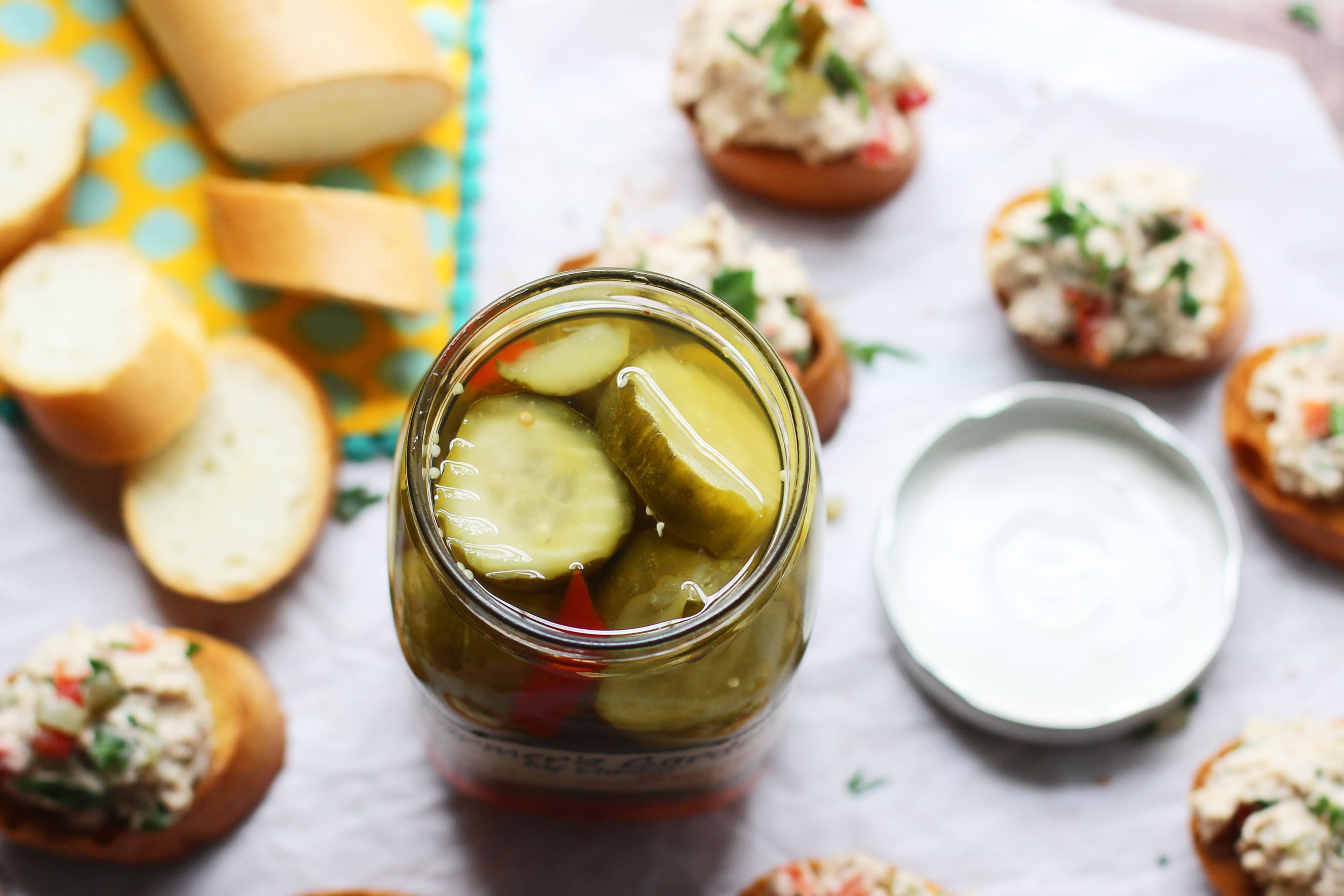 Canned albacore tuna is tossed with the chopped bread and butter chips, some of the veggies and brine from the jar, chopped parsley, black pepper and just a touch of mayo for the topping. Sliced ciabatta bread is drizzled with olive oil, popped into the oven and baked until golden brown and slightly toasted. The tuna mixture is scooped onto the toasted crostini and topped off with a sprinkling of bright green parsley and more chopped pickles. 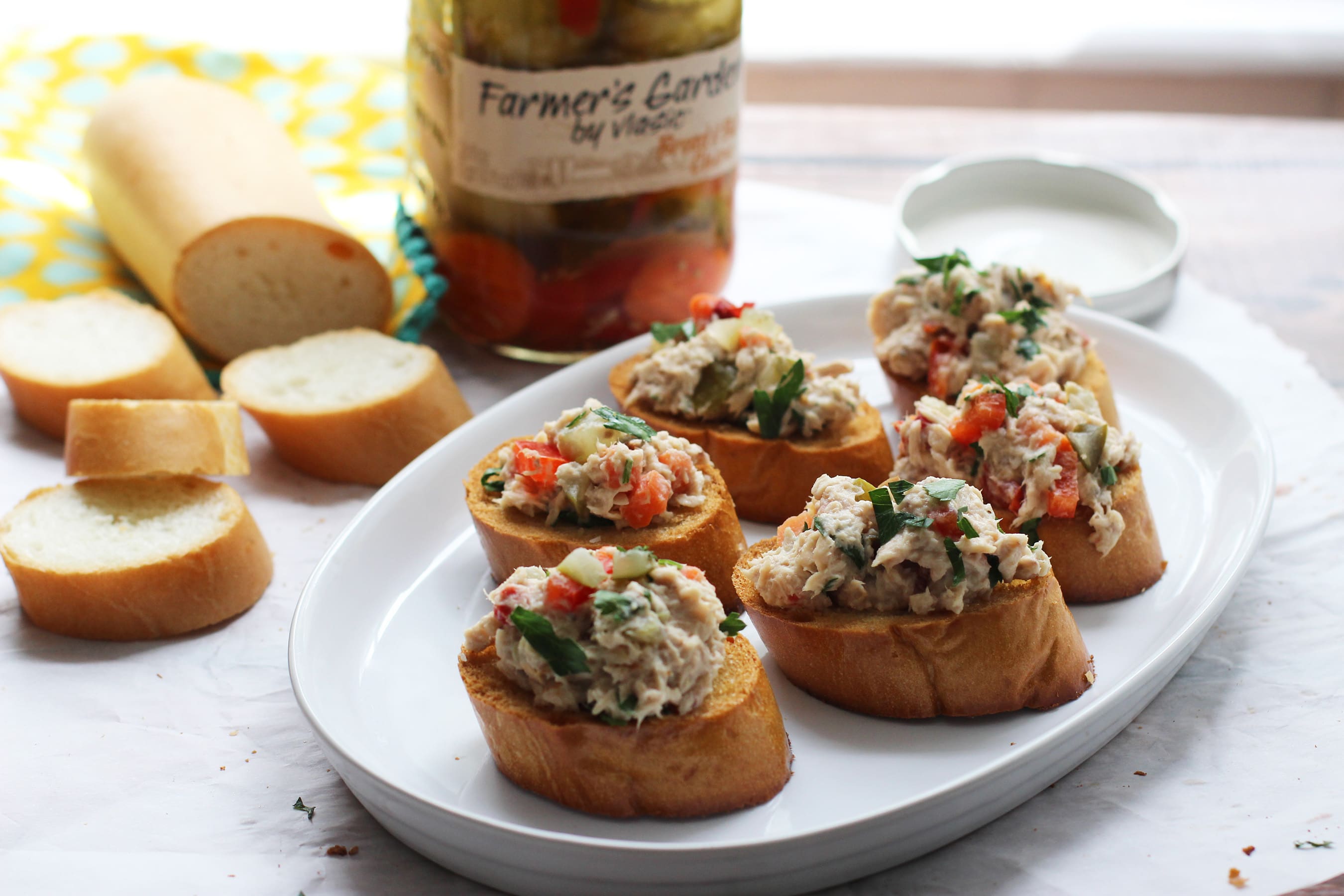 Don’t forget to Enter for a chance to win a summer entertaining package, worth $1,500, through the Savor Simplicity Sweepstakes. Visit www.farmersgardenvlasic.com to enter and for more information on Savor Simplicity.

I was provided product and compensation from Vlasic for this post, all thoughts and opinions are my own.