This Butternut Squash Crostini is such a great fall appetizer! Crisp pieces of bread are slathered with a whipped butternut squash and ricotta mixture, topped with italian sausage and kale. Hearty and delicious!

For more easy crostini recipes, but sure to hop on over to our Tomato Basil Bruschetta, these 5-Ingredient Shishito Pepper and Whipped Ricotta Crostini, and these Roasted Grape and Ricotta Crostini. (I guess I have a thing for ricotta and bread, huh?) 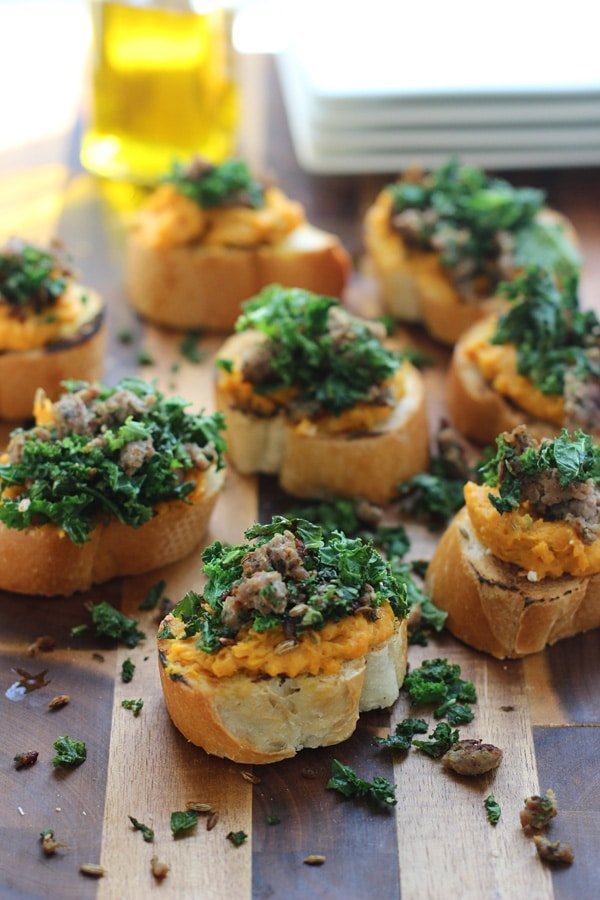 When the weekend ends with bloody Mary’s at 9am and ends with these Butternut Squash Crostini and a hearty roast chicken, it’s a very good weekend.

These little crostini are the epitome of fall.  Warm butternut squash and whipped ricotta is slathered on toasted chewy baguette slices, and then topped with a salty/savory combo of sweet Italian sausage and wilted kale.

It’s basically fall on a piece of bread.

And I could not be more in love. 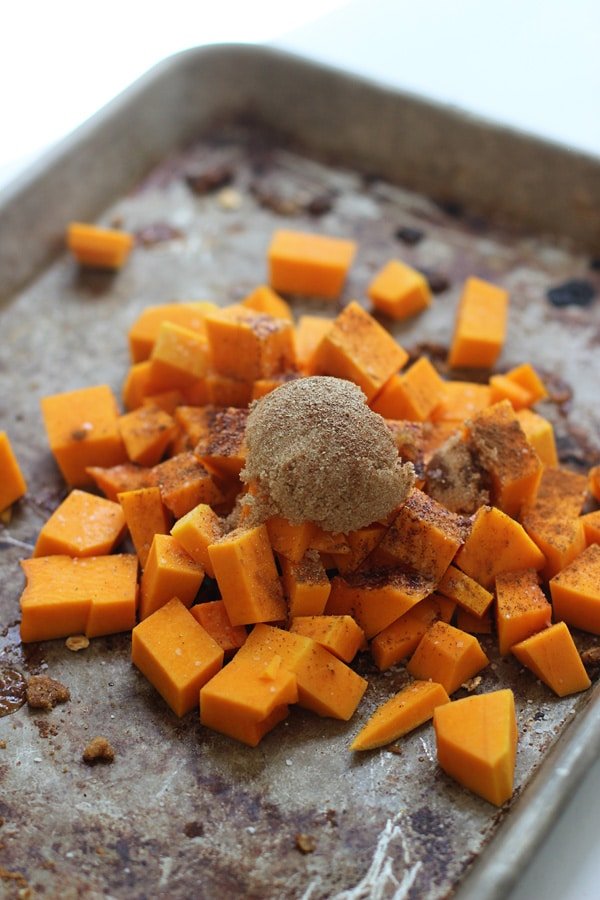 Now that it’s officially fall, I’m diving head first into all things pumpkin, butternut squash, apple and slow-cooked. I’ve been completely head over heels for the combination of kale with my favorite turkey Italian sausage lately, so I wanted to incorporate those two ingredients in my meals plans for last night. I spotted a butternut squash, some whole milk and an old baguette in my fridge and these crostini were born.

Whole milk was magically transformed into homemade ricotta cheese, I’m not recommending you do this step unless you happen to have a giant vat of whole milk or cream sitting in your fridge, in this particular recipe, store-bought is just fine. But in my, case, I figured, why not? I have whole milk, some time and it could not be easier (and cheaper!) to make. If you’re interested, here’s a great recipe for it, but I’ll also give you a synopsis. 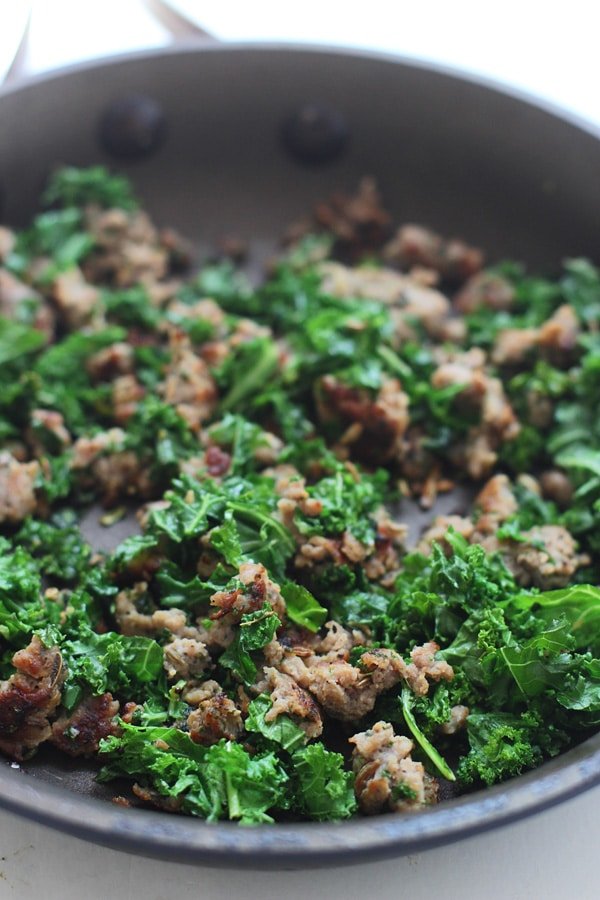 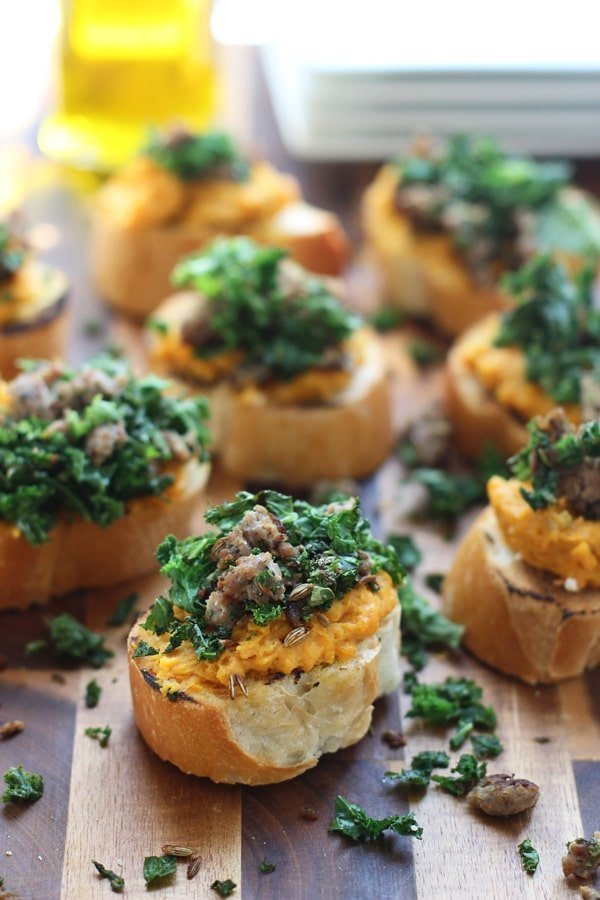 How to make Butternut Squash Crostini 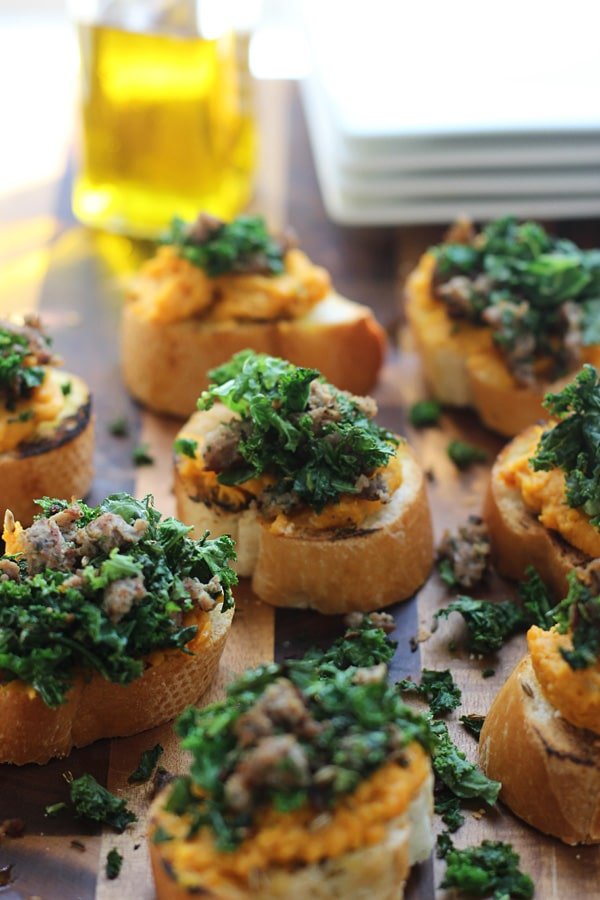 How to Prep Butternut Squash Crostini ahead of time. 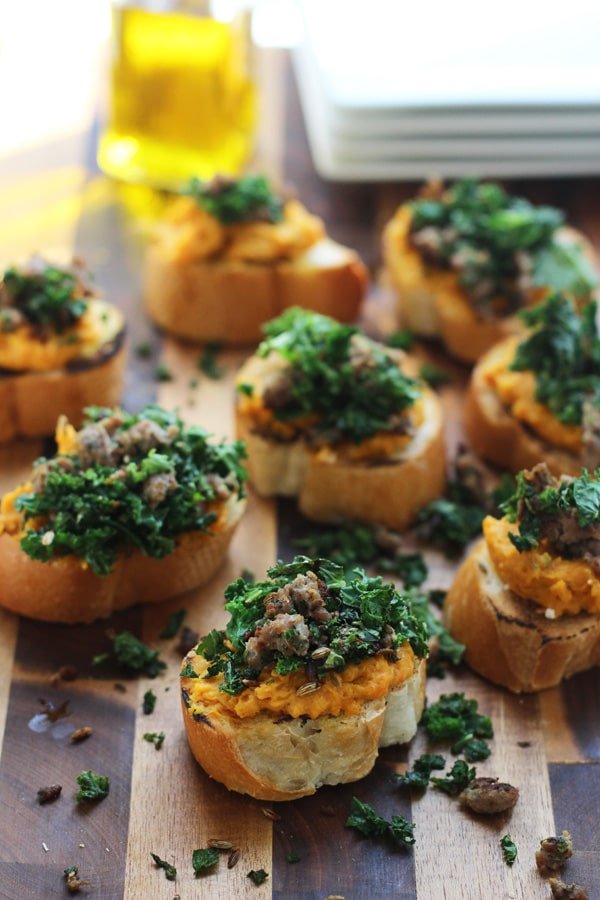 Print Rate Email
This Butternut Squash Crostini is such a great fall appetizer! Crisp pieces of bread are slathered with a whipped butternut squash and ricotta mixture, topped with italian sausage and kale. Hearty and delicious!
Prevent your screen from going dark
12 crostini