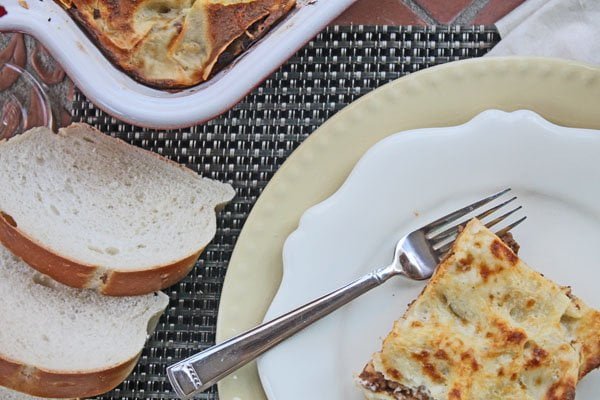 My grandpa on my Mom’s side was 100% Greek but since he converted to be a Christian when he married my Grandma, we didn’t participate in a lot of the Greek traditions that he grew up with. Even though we didn’t include those religious traditions in my childhood, my Mom and Grandma kept the Greek in us alive by incorporating traditional Greek dishes into our diets like gyros, spanakopita (spinach and feta pockets), Kourambiethes (Greek butter cookies), and Greek salads – just to name a few.

I still vividly remember going to the annual Greek festival with my parents, waiting in what seemed to be a never ending line, just to try every kind of Greek dish imaginable.

I remember dancing traditional Greek dances with no fear or embarrassment of who was watching me – oh the things you’ll do as a kid.

I remember cooking and baking Greek dishes for hours and hours with my Mom and loving every second of it.

Since it’s getting cold out and since I love Greek food I thought it would be fun to put a spin on my favorite Greek comfort food, Pastitso. Traditional Pastitso is made with macaroni noodles, a chucky meat sauce, and a creamy white sauce, thrown together in a casserole dish and served. I wanted to change it up a bit so I had the brilliant idea of turning it into lasagna – and I’m so glad I did.

Lasagna noodles are first layered with a luscious white sauce and then topped with another layer of ground beef cooked with a little onion, tomato paste and then scented with just a hint of nutmeg and cinnamon – traditional flavors in Greek cooking. Top each layer off with a sprinkling of grated pecorino romano cheese, pop in the oven until bubbly and golden brown. Comfort food at its finest! 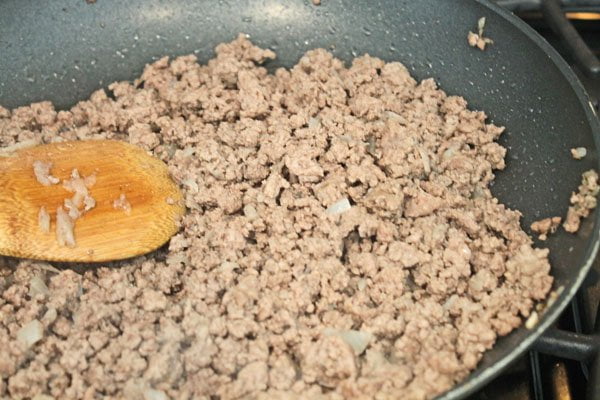 Start by cooking the ground beef with the chopped onions and garlic. Drain grease. 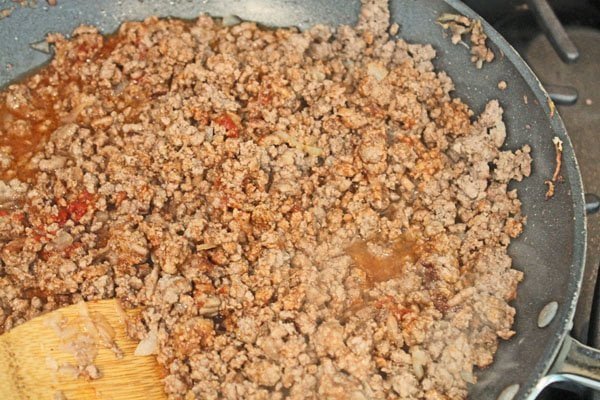 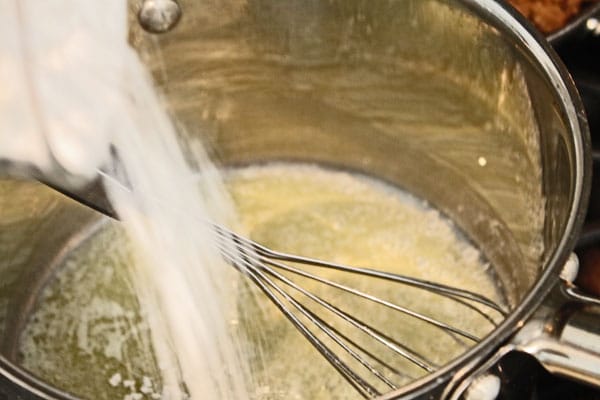 Next step is to make the Béchamel – translated – white sauce. Béchamel is the base sauce used in a variety of dishes and at its core is plain old milk, butter, and flour. That’s it. No fancy ingredients – just fancy words. What a relief, huh?

Start out by melting four tablespoons of butter in a large saucepan. Whisk in flour. 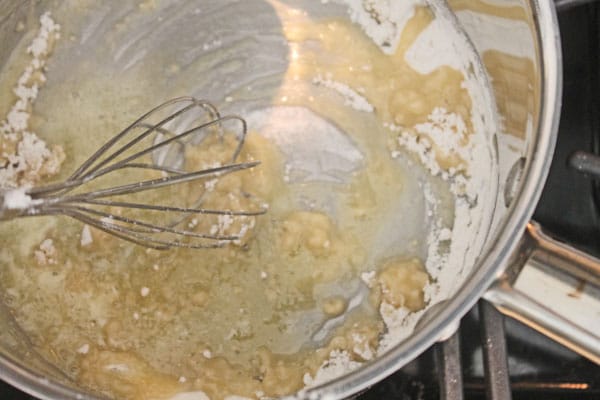 Cook for a minute or two, to get rid of the flour taste. Trust me, you don’t want to taste raw flour in your sauce. 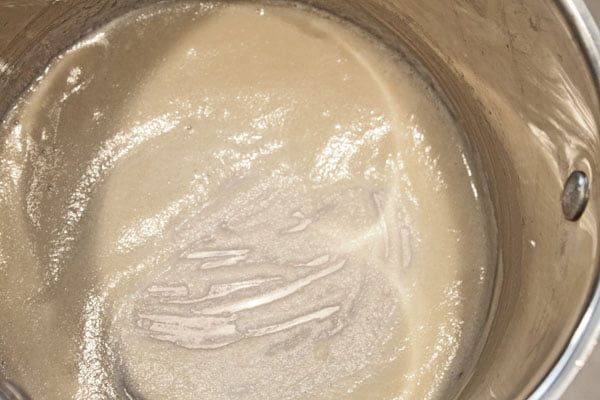 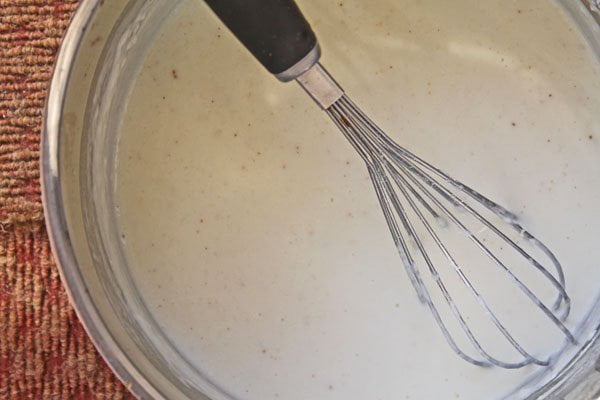 Slowly add in hot milk. Season with salt and nutmeg. Bring mixture to a boil and then reduce to a simmer and let thicken, stirring occasionally. It should take 10 ish minutes. Let cool and whisk in egg yolk.

*Note: It is VERY important to use hot milk. If you use cold milk, the mixture may take an eternity to thicken…if it ever does. 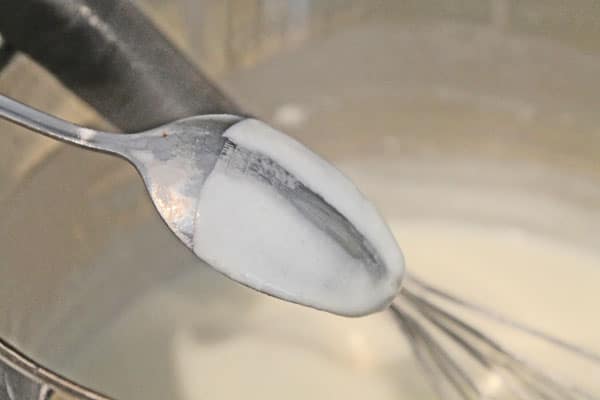 The best test to determine if the sauce is done is to coat the back of a spoon and run your finger down the back. If the sauce stays separated, it’s thick enough. 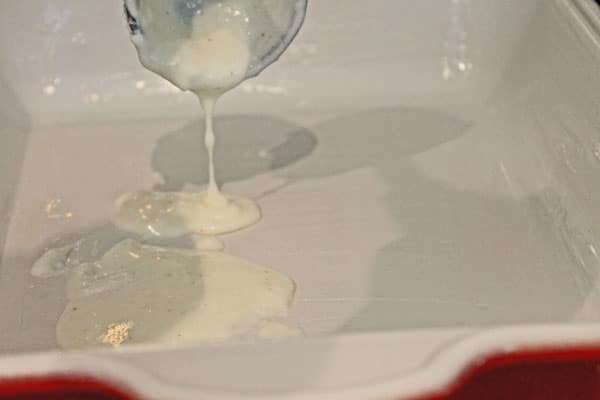 Next is the best part, assembly. Start by spreading a layer (about 1/3 cup) of béchamel in the bottom of a greased lasagna pan. 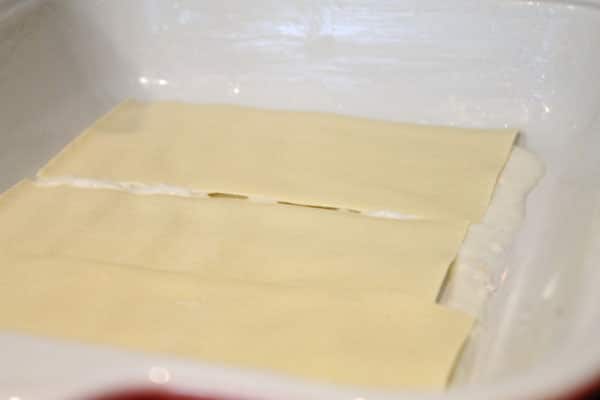 I like to use no boil noodles for the simple reason that it’s just easier. Hey, if you can take the easy route somewhere, go for it. Layer pasta sheets on top of béchamel. I had extra room on the edge, so I just broke the lasagna pieces to fill the gap. Spread a little more sauce (about 1/3 cup) on top of noodles. 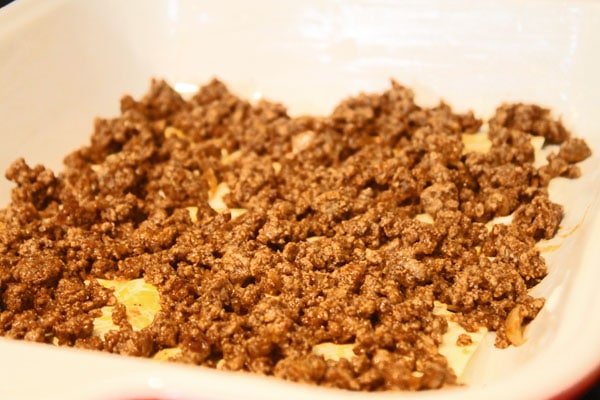 Spread 1/3 of the meat mixture over the noodles and sauce. 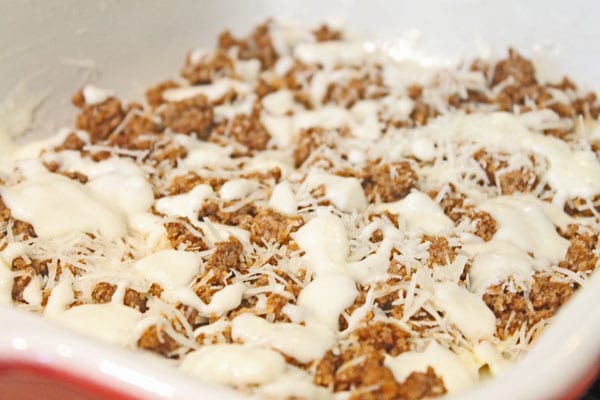 Dollop more of the béchamel (about 1/3 cup) over the meat mixture. Sprinkle with ¼ cup of pecorino cheese. Repeat two more times. 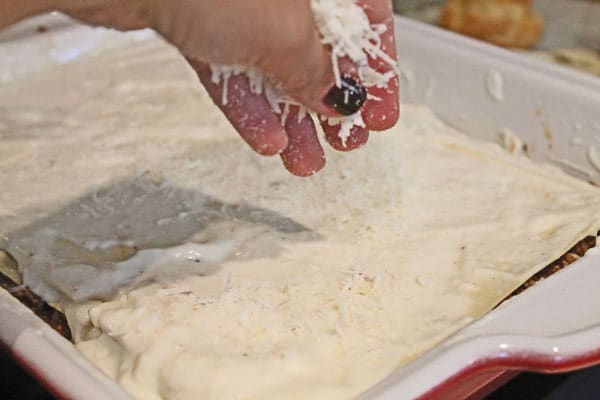 For the last layer, lay noodles on as if you were doing another layer and spread remaining sauce over noodles. Top with remaining cheese.  Cover dish with foil and bake at 350 degrees for 40 minutes.  Remove foil and turn oven up to 375 degrees, bake for 10 minutes. It the top isn’t golden brown, switch the broiler on for a few minutes. Remove from over and let it rest for 10-15 minutes to set. 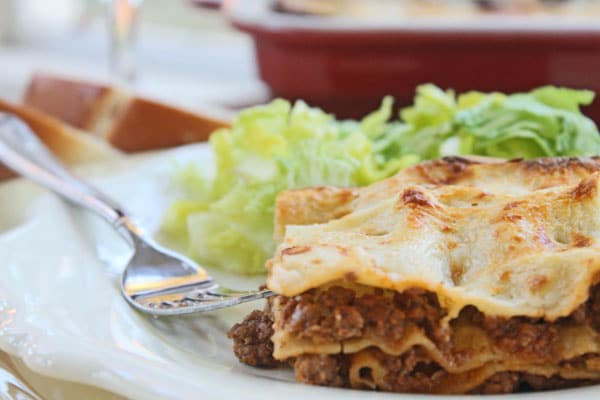 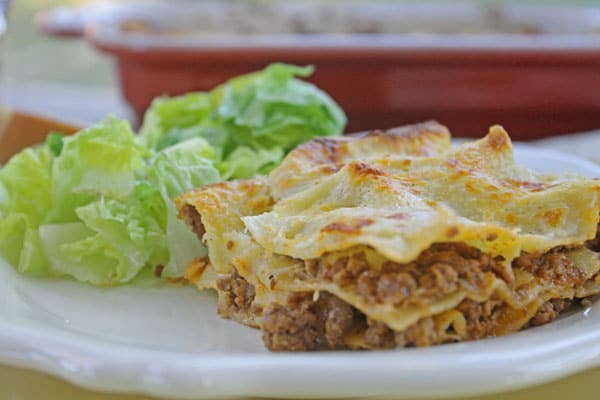