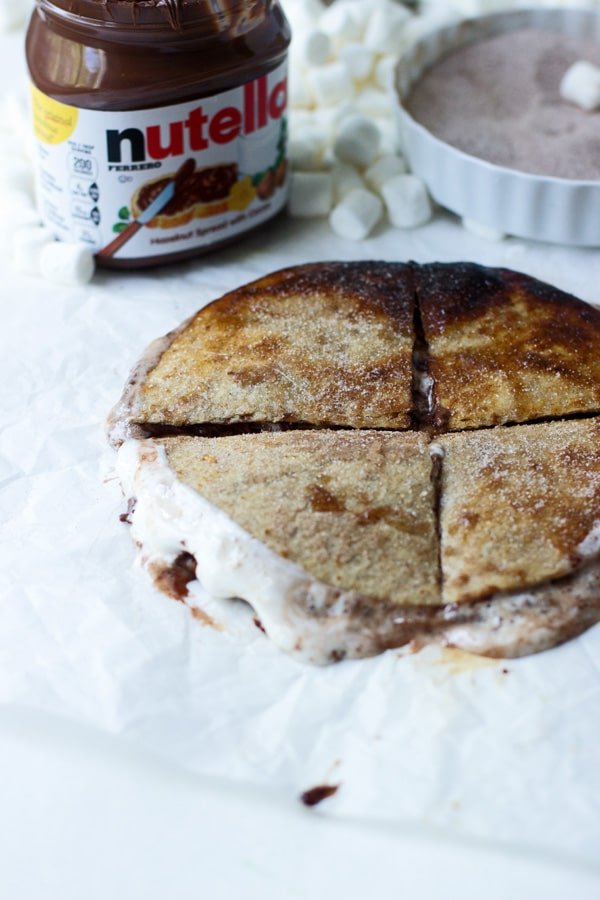 Every once in a while I need to humor the inner seven-year old in me. On any given day that could mean eating a whole roll of chocolate chip cookie dough, whipping up an eternally classic English muffin pizza (squeeze bottle pizza sauce mandatory), or shoveling wheat thins artistically decorated in my initials with cheese whiz into my mouth.

Other days it could mean throwing a full on tantrum when my husband failed to put the dinner I meticulously prepared in advance into the oven as I requested. (This didn’t just happen last night.) 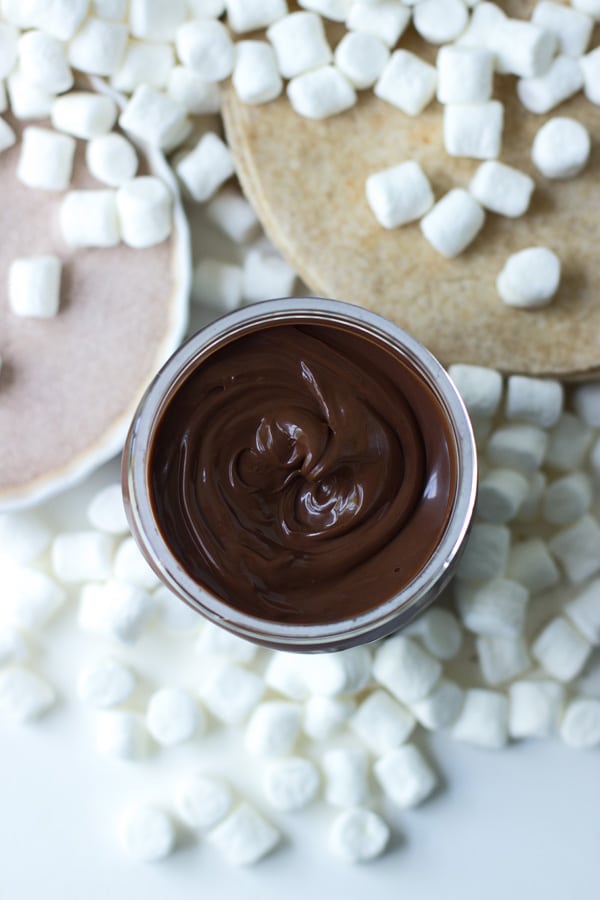 Today I’m humoring the inner child in me with every kid’s favorite messy dessert – s’mores. 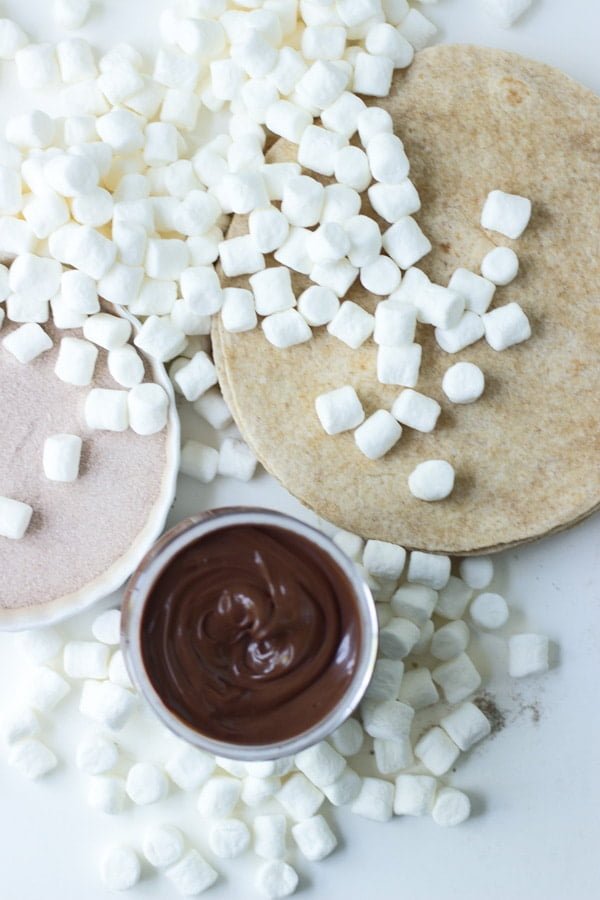 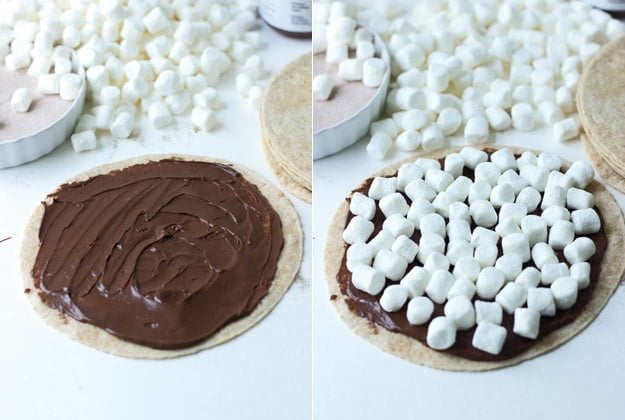 Creamy nutella is smothered generously across two tortillas, covered in mini marshmallow and then sprinkled with a cinnamon and sugar mixture. The “quesadilla” is then brushed with butter, sprinkled with even more cinnamon sugar and sautéed until the sugar has melted and almost caramelized the outside of each tortilla. 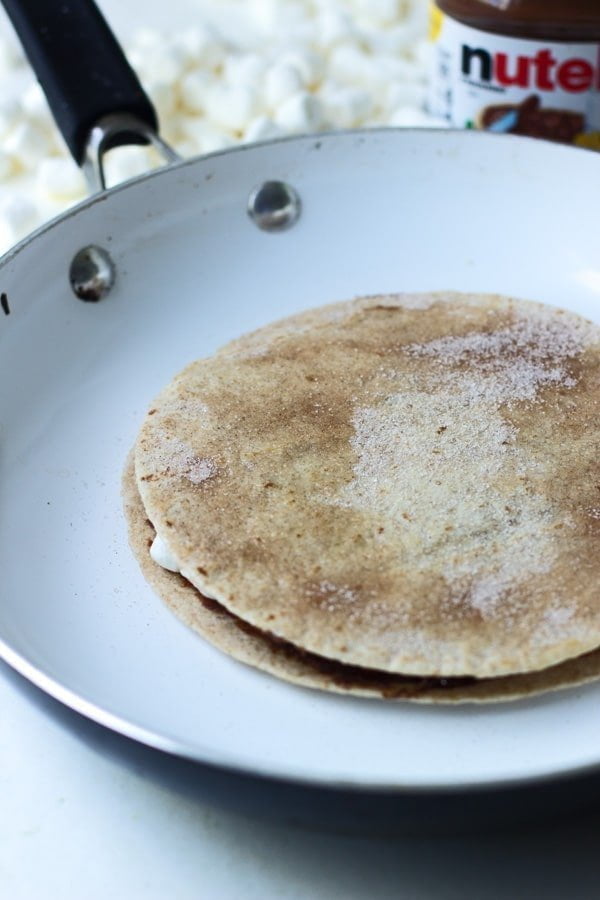 Word to the wise: The adult in you might want to use a fork and knife to tackle these babies…. 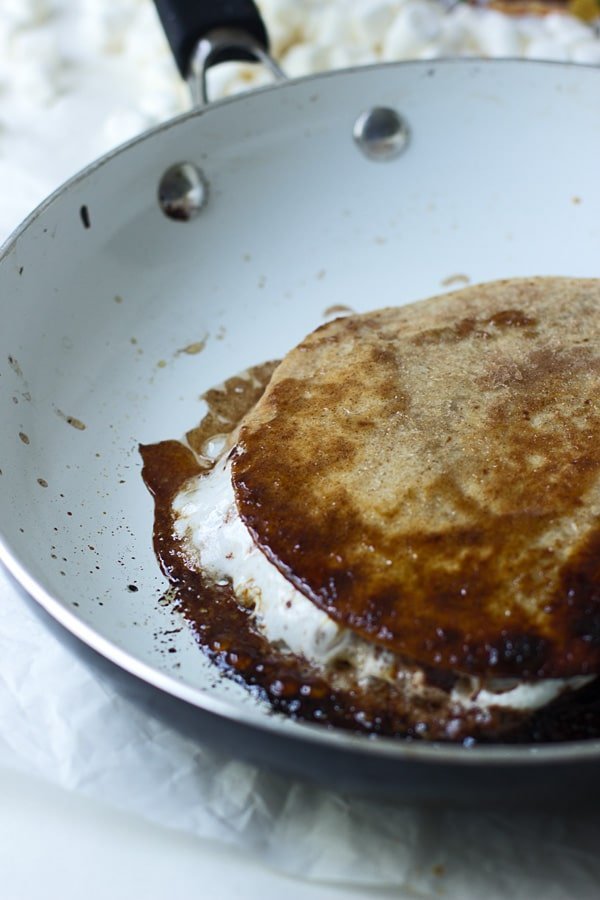 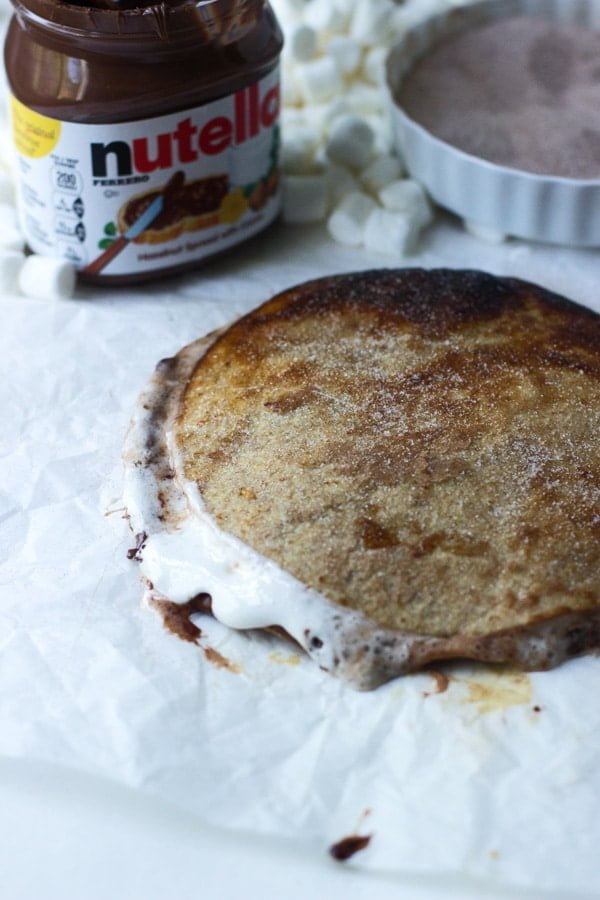 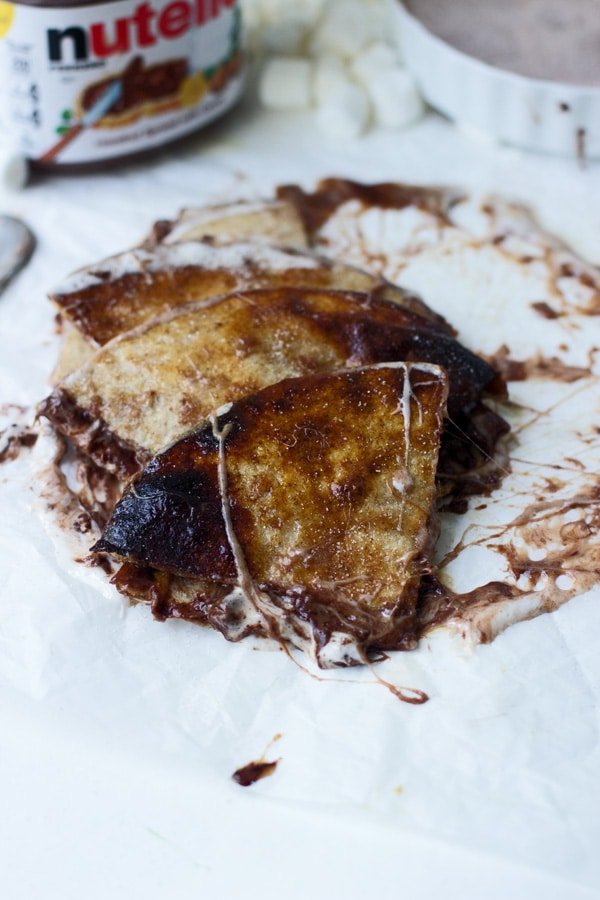 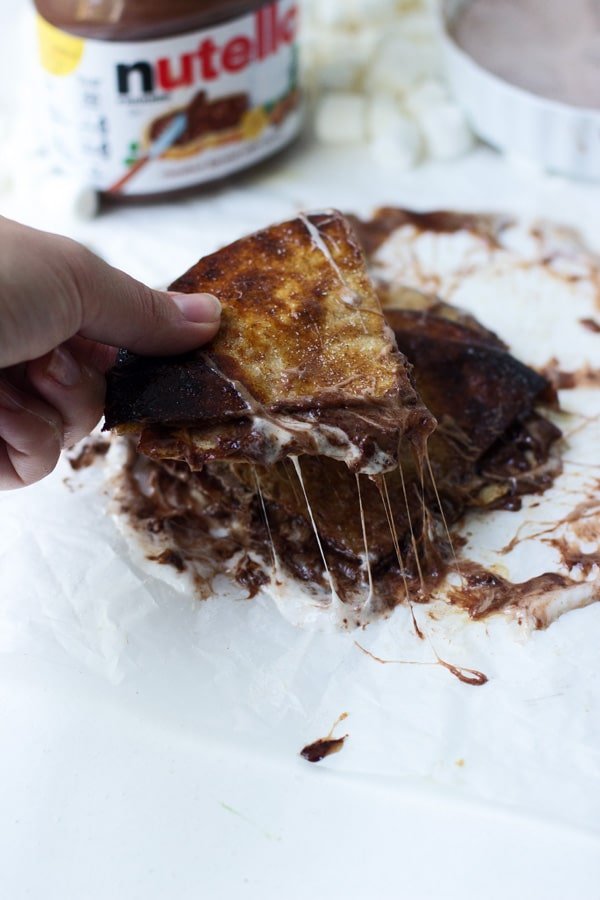