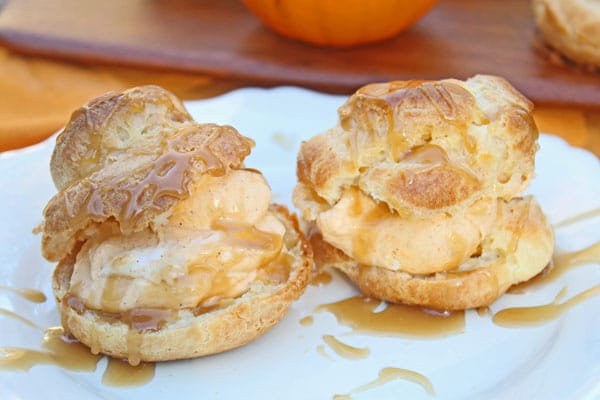 As of yesterday October 7th, I had yet to make anything with pumpkin. Although it’s excruciating for me to let go of summer, I have no problem getting in on the fall food action. Typically I’ve already made more than a few pumpkin desserts by the time October hits, but I’ve been a little preoccupied with summer veggies that I’m still clinging to.

This year for my inaugural pumpkin dessert of the season I wanted to do something a little different, something that isn’t reminiscent of the tiresome pie, muffin, or cheesecake — although those are wonderful most times. These profiteroles are anything but boring; full of the pumpkiny flavor I love with just a hint of warmth from cinnamon, these are light, airy and the perfect fall treat.

Pumpkin is combined with cream cheese and cool whip, nestled into light and chewy profiteroles, and then drizzled with homemade caramel sauce. Can I get a yum? 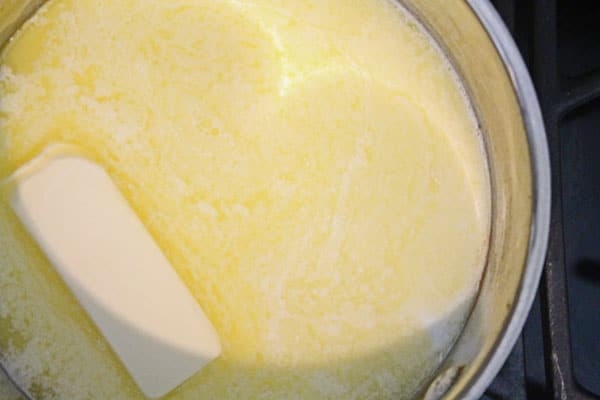 The first step is to make the Pâte à Choux. I know this sounds overwhelmingly intimidating, but trust me, it’s not in the slightest. What’s with all French cooking terms sounding like terrible trouble? I’ve come to find that they just sound impossible but in realty are very simple. Like, throw it together—I could do it with my eyes closed– simple. It’s the same here. Once you have this recipe in your arsenal, you can whip out any number of impressive desserts – cream puffs, éclairs, beignets, and of course todays pick profiteroles. 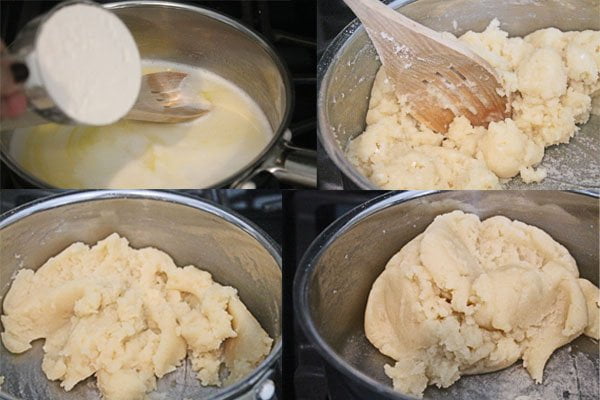 Melt butter into milk, add in sugar and salt. Bring to a low simmer, making sure to not boil the mixture. Add flour and stir vigorously with a wooden spoon until the mixture starts to pull away from the sides of the pan and becomes a cohesive mass, about two to three minutes. 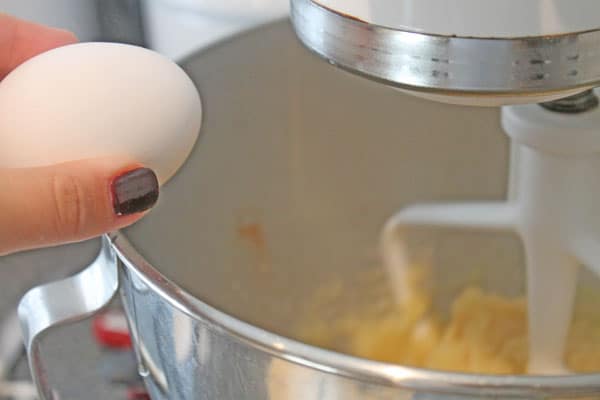 Transfer to a stand mixer. With the mixer on medium speed, add in one egg at a time, making sure each egg is completely combined before adding the next. 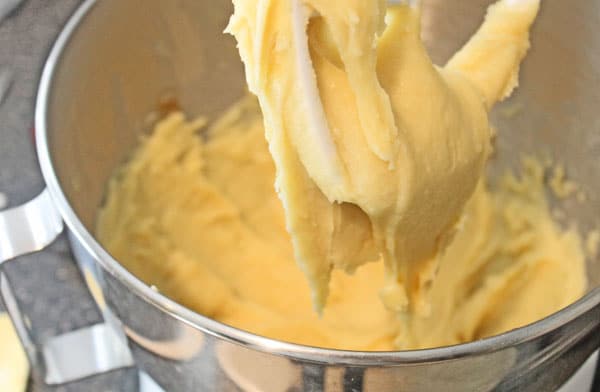 Transfer to a zip lock back, cut the tip off. Pipe 10-12 mounds onto a lined baking sheet. Bake at a high temperature of 400 degrees for 15 minutes. Turn the heat down to 350 degrees and bake another 20 minutes. Turn oven off and let dry out for another 10 minutes. 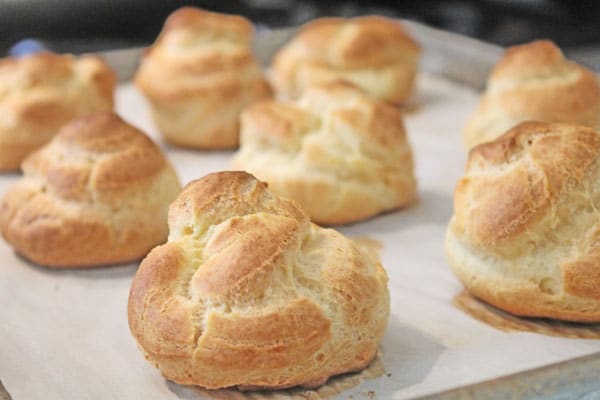 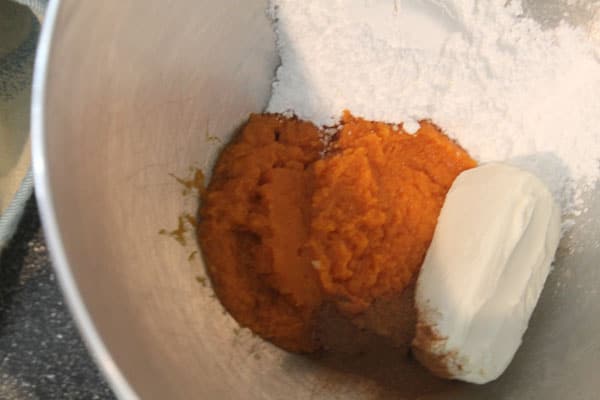 In the bottom of a stand mixer combine pumpkin, cream cheese, powdered sugar, cinnamon, and salt together until smooth. Fold in cool whip with a spatula, making sure not to deflate the mixture. 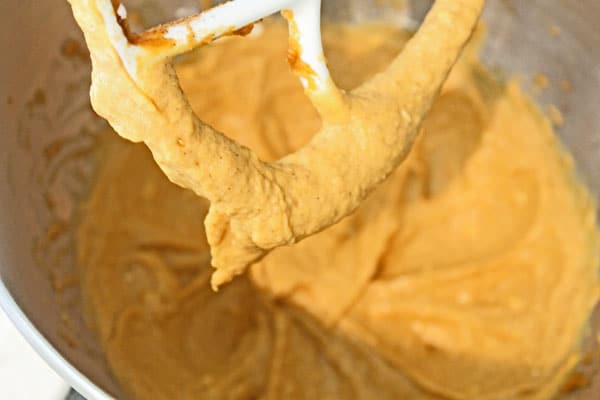 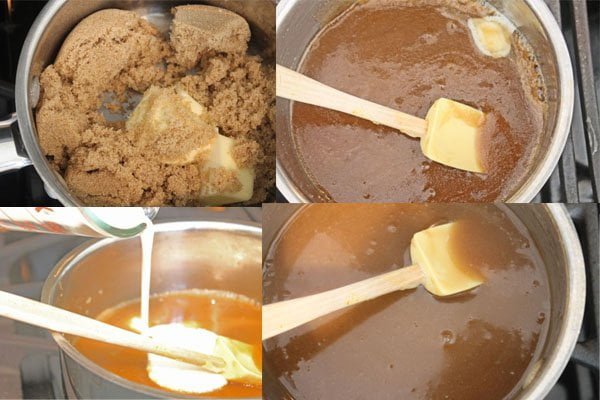 This caramel sauce is nothing short of amazing and comes together in just a few short minutes. Combine butter and brown sugar in a small saucepan. Heat on a medium high heat until butter is melted and sugar has dissolved. When it starts to boil, add cream. Stir until combined. Simmer another two minutes. Remove from heat, add salt.

Use leftovers to drizzle over ice cream….. 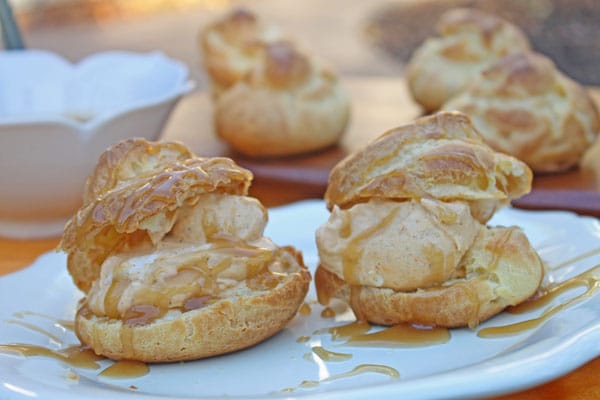 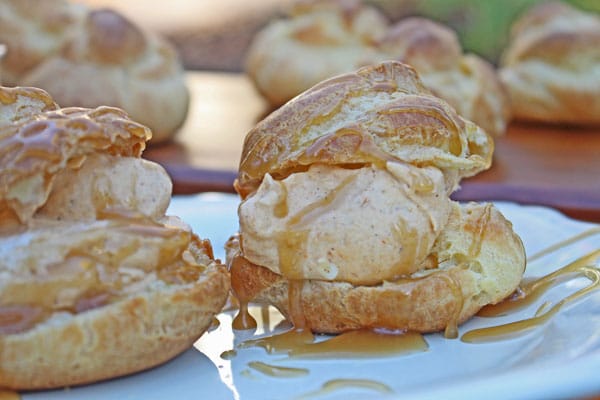