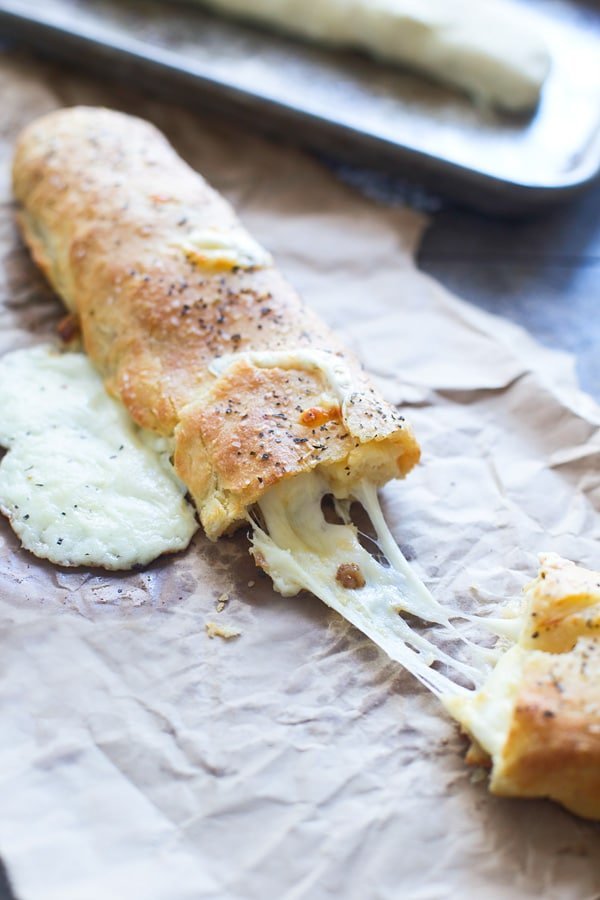 So my healthy 2017 lasted about five seconds. Which is actually three seconds longer than it lasted last year, so honestly, I’m pretty pleased with myself.

I’m just not really one for diets. I eat what I want, when I want, and try to not eat too much of any of it in one setting. It’s called portion control people, and it’s the only way I can live a happy food life without blowing up like a whale. (Although sometimes that happens regardless.) 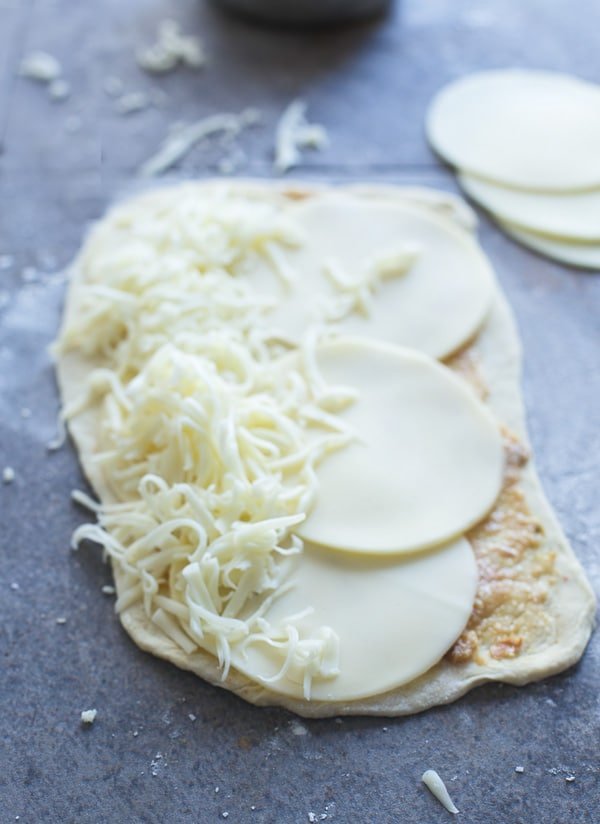 Cheesy Roasted Garlic Bread falls in to that portion control category. I can have one gooey, garlicky piece, and I’m totally satisfied – Kevin and the baby can go to town on the rest.

There are hundreds of recipes for garlic and cheese bread out there, but this one, I feel, is just a bit different. First of all, instead of using chopped garlic, or even garlic salt, I roasted off four whole heads of garlic and squeezed all of the innards out to make a paste of sorts to spread on as the first layer of flavor. 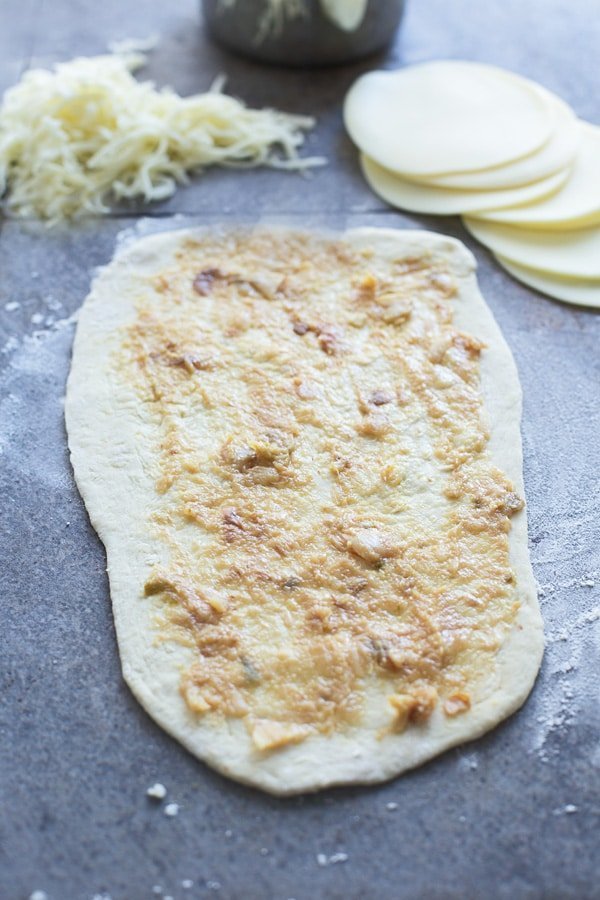 Also! I forgot to mention I used boxed deep-dish pizza dough that you can find in pretty much any grocery store. I’ve tried it with a thin crust variation as well, and I really prefer the texture of deep dish, so if you can try and get that. If you can’t find it, no bigger, just don’t get thin crust!

So anyways, you divide the dough into two balls, roll them both out to a rectangle and then spread each one generously with the roasted garlic. It gets seasoned with PLENTY of salt and pepper, and then it’s time for cheese – which is obviously the best part.

I went with a combination of sharp provolone for flavor and mozzarella for the cheesy goo factor. The provolone is evenly layered across the surface, but the mozzarella is mounded on to one side (the long side) of the dough so that when you cut in to the bread, that center just oozes out. 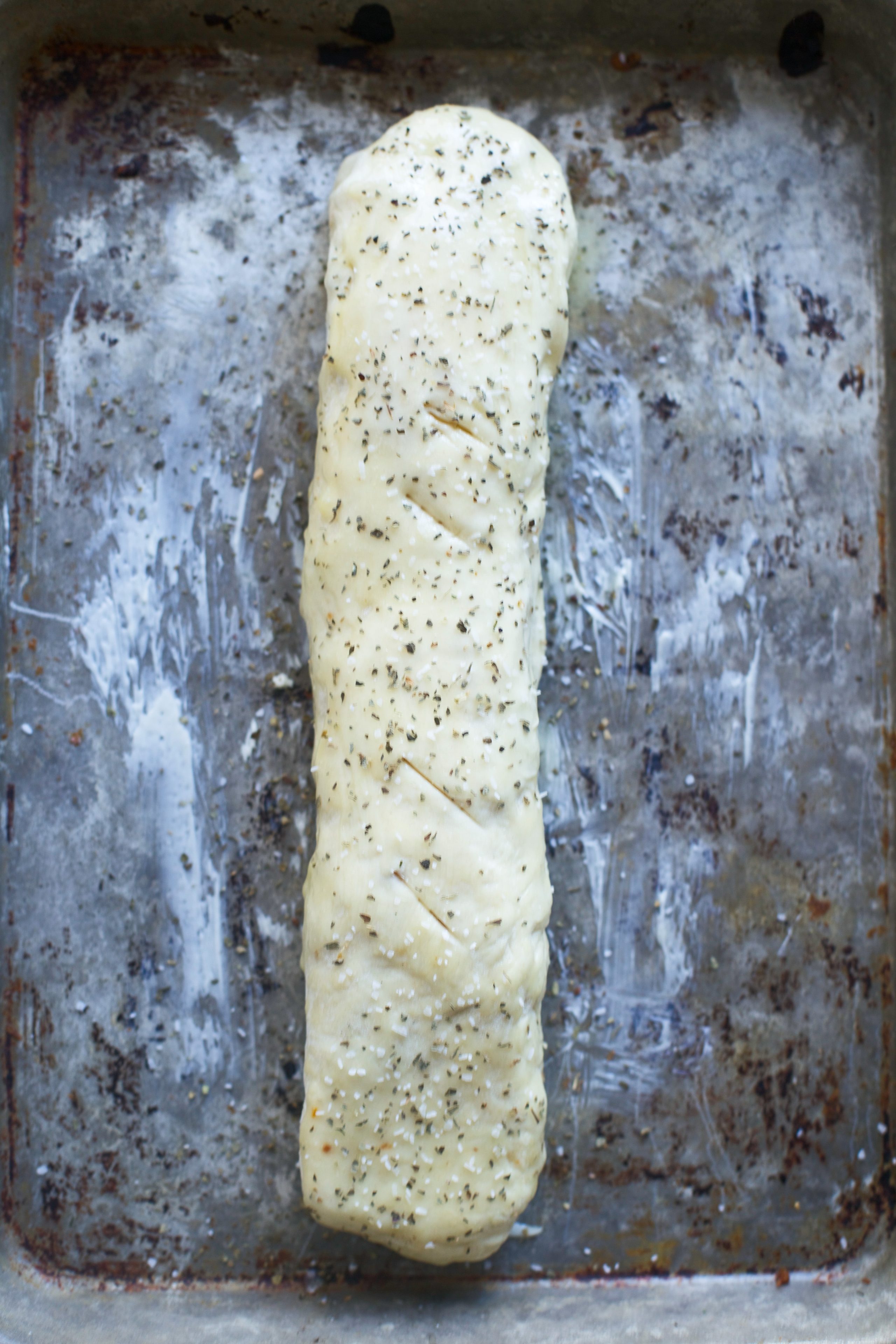 Roll the dough up jelly roll-style, seal the edges, brush everything with butter, sprinkle with oregano and salt, then pop in to the oven. I also cut three or four slits in the top of the bread so the cheese doesn’t expand too much and completely escape the bread. It’s totally ok if some of the cheese oozes out, because it becomes super crunch, and is the perfect chef’s snack! 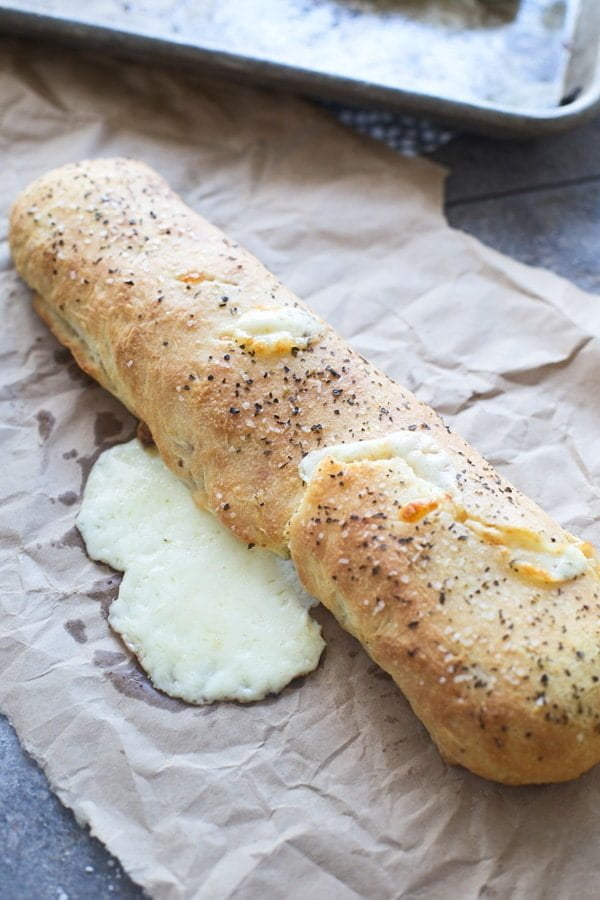 Cut each loaf in to five even pieces and serve immediately! 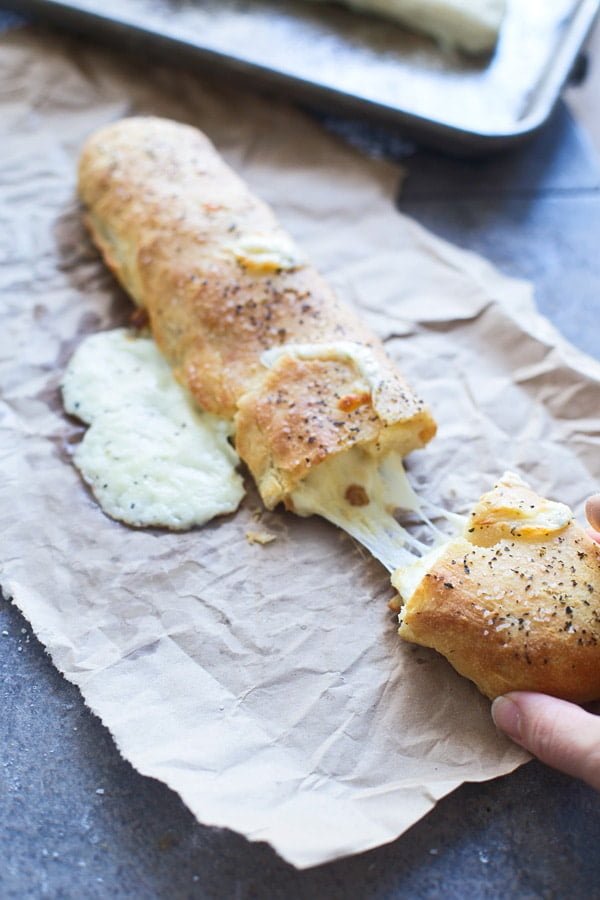