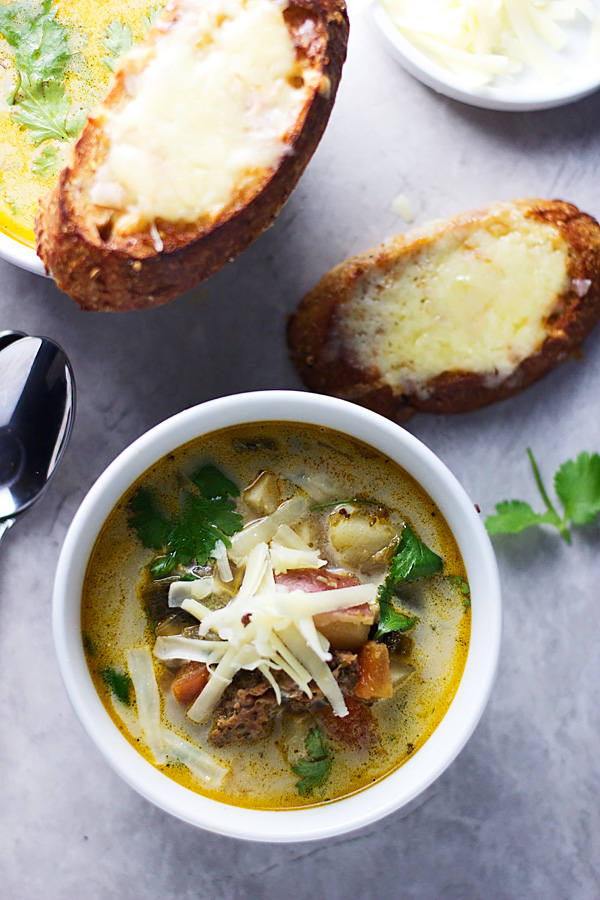 There aren’t many things I love more in this world than an enormous steaming bowl of soup. It warms me from the inside out. It comforts me. It makes me feel better when I’m sick. It keeps my figure relatively trim. Oh wait, unless I’m downing some Panera broccoli cheddar soup, then I’m going the opposite direction with my figure, but I still count a mostly liquid meal as a step in the right direction.

In my humble opinion, soup is single handedly the best aspect about the cold, brutal winter; well soup and pasta, pasta, red wine and more pasta. While my belly would happily slurp creamy chicken noodle soup, store-brought Campbell’s tomato or even (gasp!) ramen noodles until the end of time, this blogger/creative/ADHD food-driven mind of mine will let nothing of the sort happen. At any given moment in time, I’m juggling three or four recipe ideas in my head, so it’s practically a given that I have an infinitely long list of soups I want to prepare before the first spring flower blossoms in what feels to be an eternity from now. 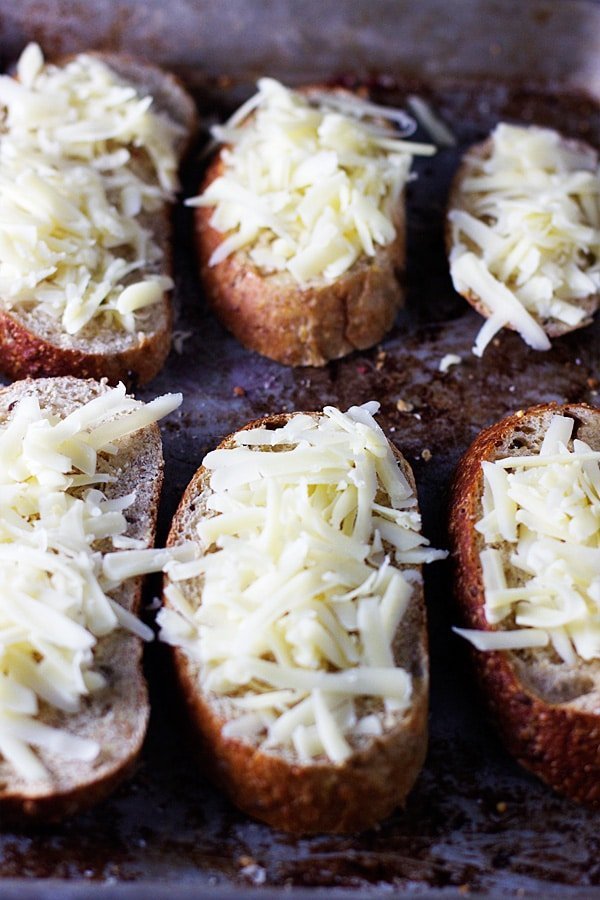 I really have no preference when it comes to soup, but Kevin, is a different story. If I even TRY to serve him a puréed soup like this or this, he’ll immediately ask what else we’re having, because to him it doesn’t even come close to sufficing for dinner. He prefers them to be hearty, with plenty of meat; cheese and crusty bread is encouraged, but not required.

Like many dinners, this was a compromise between what Kevin likes in a soup (heartiness and meatiness) and what I like in as soup (maximum flavor, minimum fat). A base broth of chicken stock is made infinitely more flavorful with the addition of a pureed roasted poblano pepper and parmesan rind. If you haven’t tried using your old parmesan rinds in soups and stews, you’re totally missing out. What happens is the cheese that’s left on the rind, and the rind itself slowly melts into the broth, permeating it with a sort of unami flavor that’s INTOXICATING. 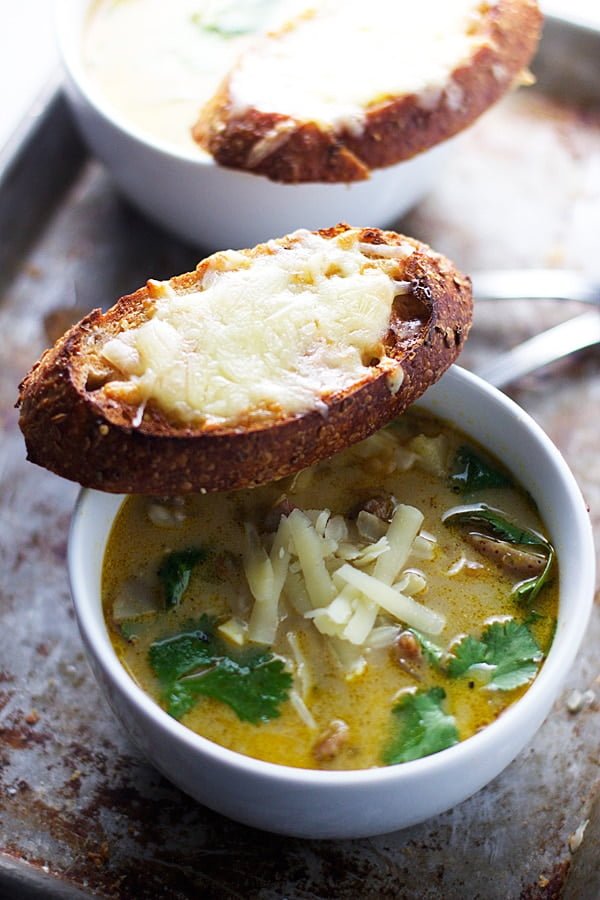 Turkey Italian sausage suffice for the meat, while diced potatoes and chopped poblano peppers give the soup a bit more texture and subtle heat that I adore. After the soup simmers for a good bit, a final splash of half and half completes it. Instead of adding cheese into the soup, I threw together a quick crostini made with a little bit of whole-grain bread, softened butter and extra sharp white cheddar cheese – the perfect soup-dunking utensil.

Warming up just thinking about that spicy, hot broth! 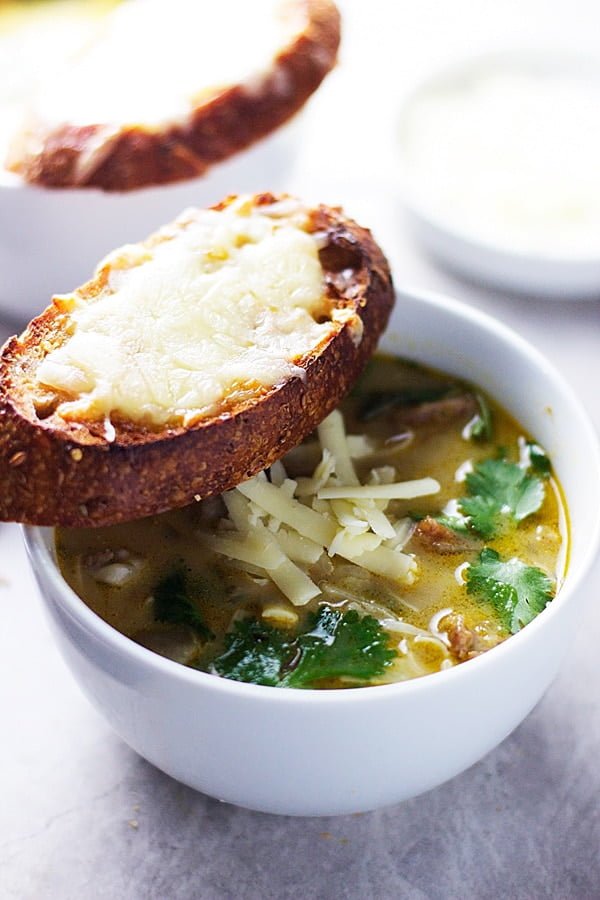