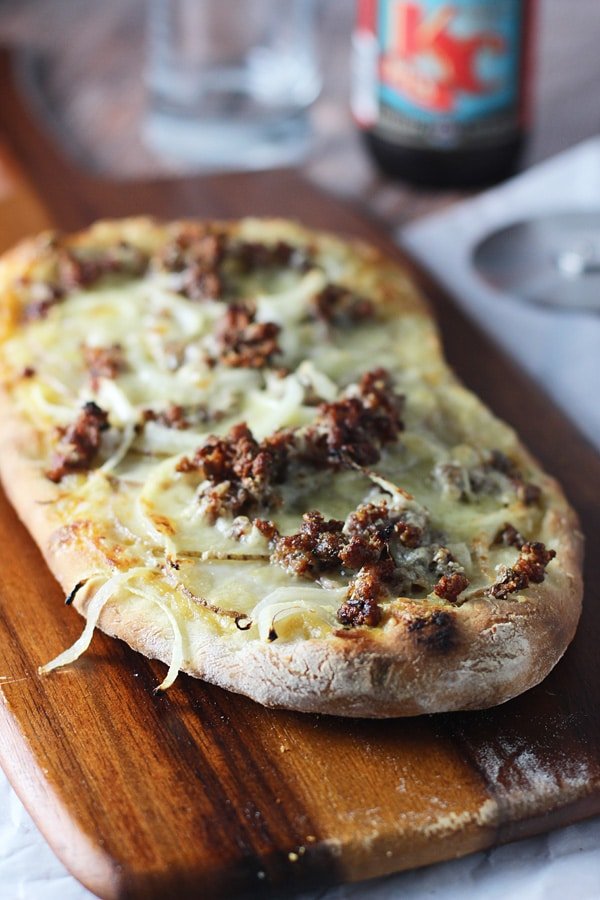 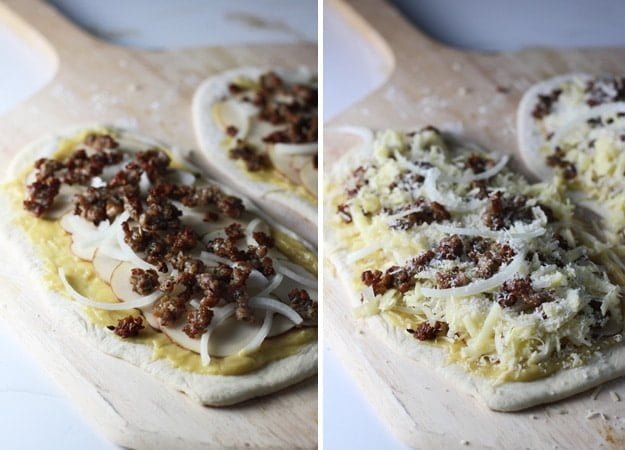 Apparently it’s a controversial topic according to this Huffinton Post article. Is it pizza? Is it flatbread? Neither?

While typically I’m a pizza purist (think New York or St.Louis style), every once in a while, white pizza is a welcomed change. Plus, for some reason I’ve convinced myself that it’s actually healthier than a traditional pizza, don’t ask me why, because I’m well aware most varieties are laden with an Alfredo or butter-based sauce – thankfully this is not that pizza. 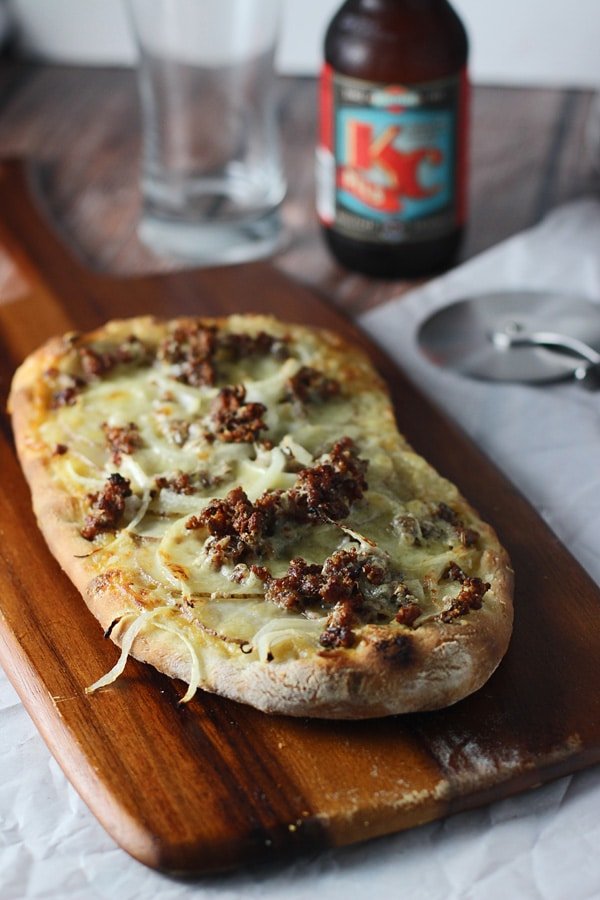 1. White pizza will always be compared to red pizza – true; and while this version will never take the place of my favorite Margarita or New York style cheese pizza, like I mentioned before, it’s nice for a change.

3. They’re boring – pureed roasted garlic serves as the “sauce” in this version, while aged sharp cheddar cheese replaces mozzarella. It’s all dotted with local Italian sausage and thinly sliced onions for an (in my opinion) anything but lackluster combination

4. White pizza attracts toppings that should never go on a pizza – The roasted garlic “sauce” isn’t even close to a traditional pizza sauce, but in this case it just works. The thinly sliced potatoes that were once shocking to see on a pizza have become increasingly more common on local pizza joint menus across the country. 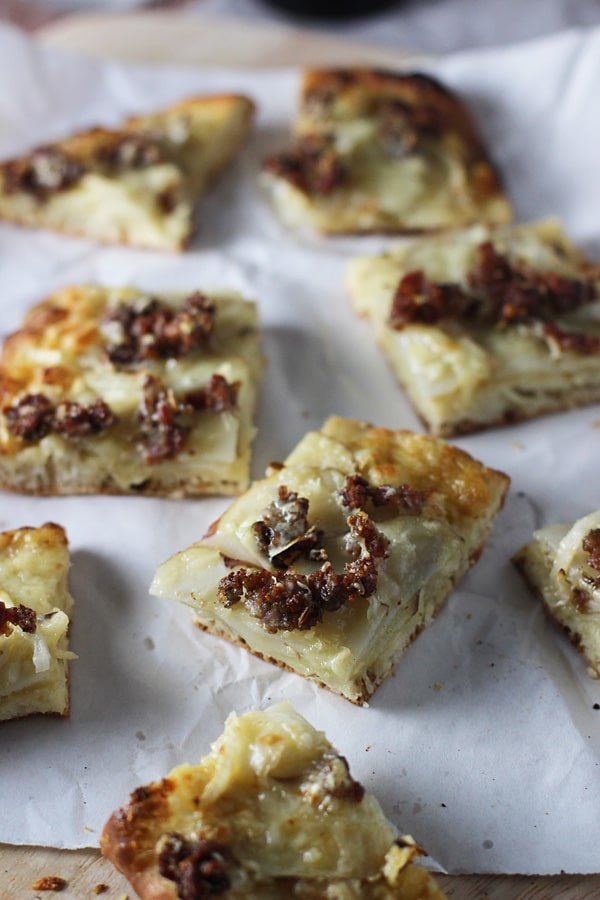 I think they hit the nail right on the head with their argument, white pizza should never even come close to being compared to traditional pizza; it must boast a seriously crispy, sturdy structure, it must be exciting, and there better not be any ingredients on it that you wouldn’t see on a traditional pie. (Although my roasted garlic sauce is walking a fine line to that last rule.)

Hopefully they’d approve of this guy…I know I did.

Hope you guys have an awesome weekend! 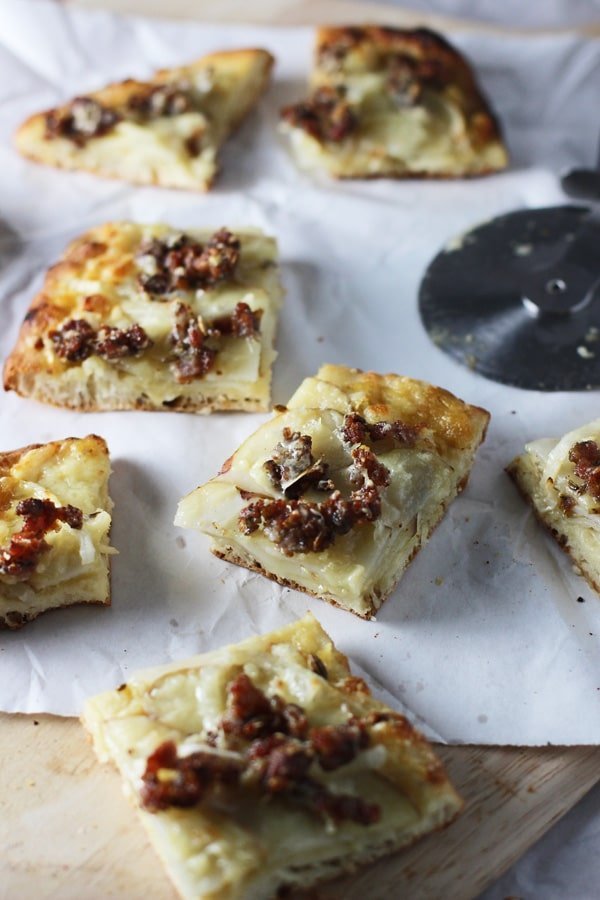