Strawberry Frosé (Frozen Rosé Slushies) are the only drink you’ll want all summer long. They’re SO easy to make, require only a few ingredients and are pretty much the most delicious thing on the planet. 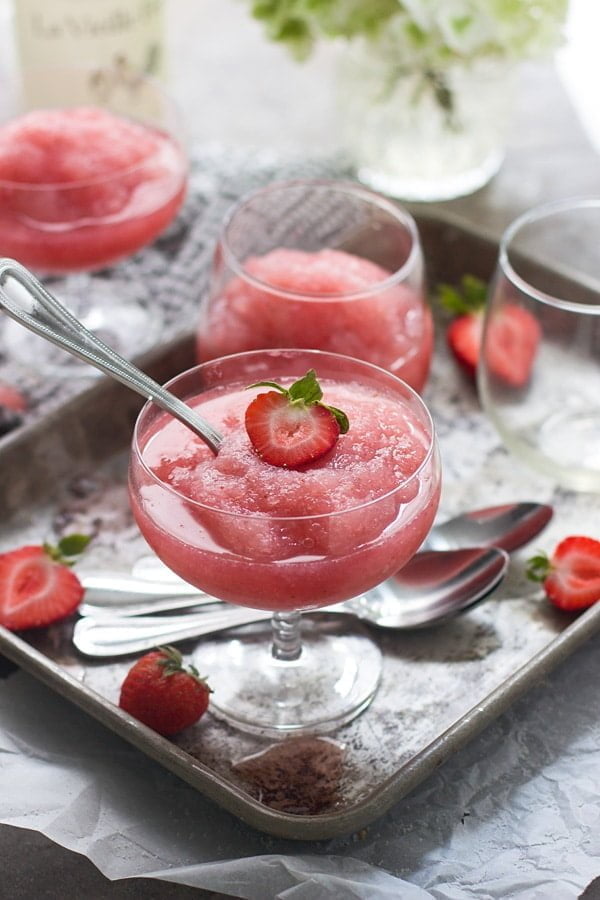 I am unabashedly addicted to trashy reality TV, and I make no apologies for choosing it over Sixty Minutes or whatever presidential debate is on, much to Kevin’s dismay. Clearly, finding out who is coming to paradise next, who is giving shade to the newest housewife, or who the next client on Flipping Out is, takes precedence over everything else.

Reality TV has done a lot of things for me in the past. It’s given me an endless amount of things to talk about with my friends, it’s given me something mindless to watch when I just don’t feel like thinking anymore, and now, it’s also introduced me to my newest drink obsession – frosé. Which, according to Andy Cohen via Watch What Happens Live, it’s THE drink of summer in NYC, and restaurants across the city are churning out slushy-style glasses of it like it’s the next cronut. A quick google search confirmed the news that frosé, is indeed, the drink of summer, not only in NYC, but across the country, so obviously I had to get in on the action. 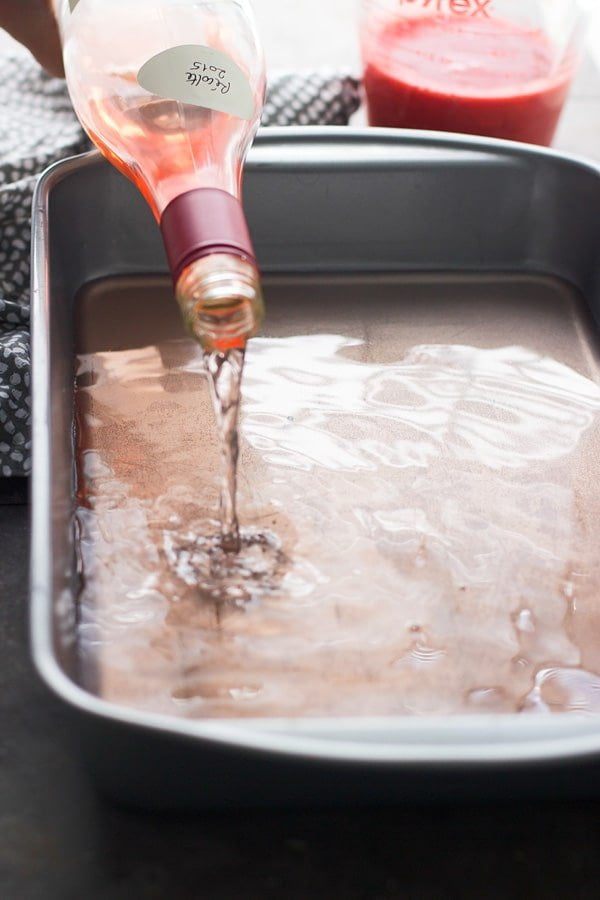 Of course, since I don’t’ have a slushy machine on hand (and I’m assuming you don’t either), I had to figure out another way to produce the same texture. I’ve seen the liquid poured into ice cube trays and then blended in a blender, but I also don’t have any ice trays, so I figured the easiest way to mimic the slushy vibe, would be to make it granita-style. Basically this means I poured the mixture into a pan, popped it into the fridge and then periodically used a fork to stir everything up so that it didn’t freeze into one giant block. Ridiculously easy.

It’s my personal preference to use a drier rosé, but if you like something a little sweeter, go for it. Also, you don’t have to get a super expensive bottle, I think I spent eight or nine bucks, but you do want to make sure its something you’d be fine drinking on it’s own, since you will essentially be drinking it on its own, just in frozen form.

I thought about only using the wine, because frozen rosé sounds pretty incredible as it is, but I wanted it to make more than five glasses, and wanted an extra layer of flavor, so I made a quick strawberry puree with some fresh strawberries, sugar, and water. 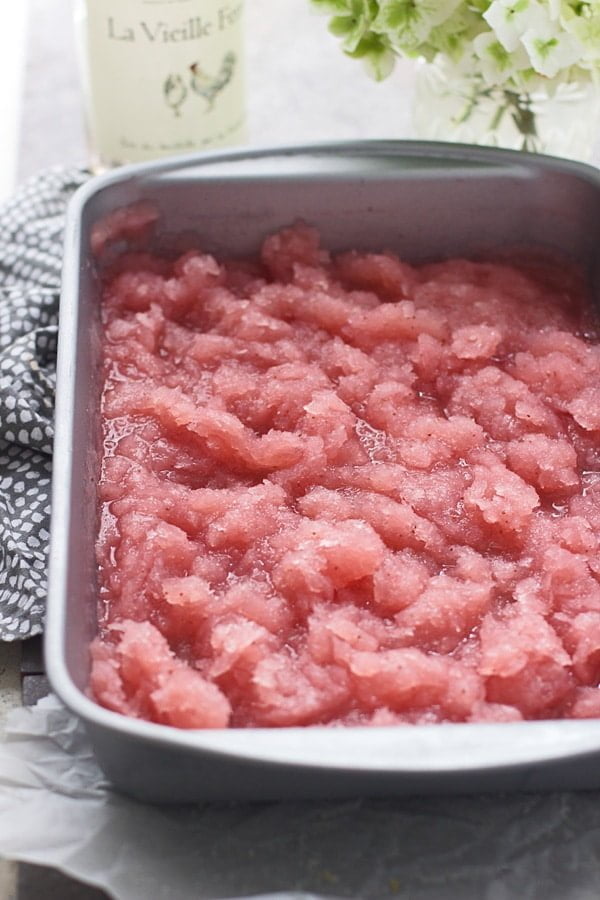 Again, I wanted this version to be on the drier side, with just a hint of strawberries, and sweetness, but if you prefer a sweeter taste, just add a little bit more sugar when you cook the strawberries down.

It takes about four or five hours from start to finish, which is kind of a long time, but most of it is hands-off, and the reward at the end is 100% worth it.

Frosé I love you more than life. 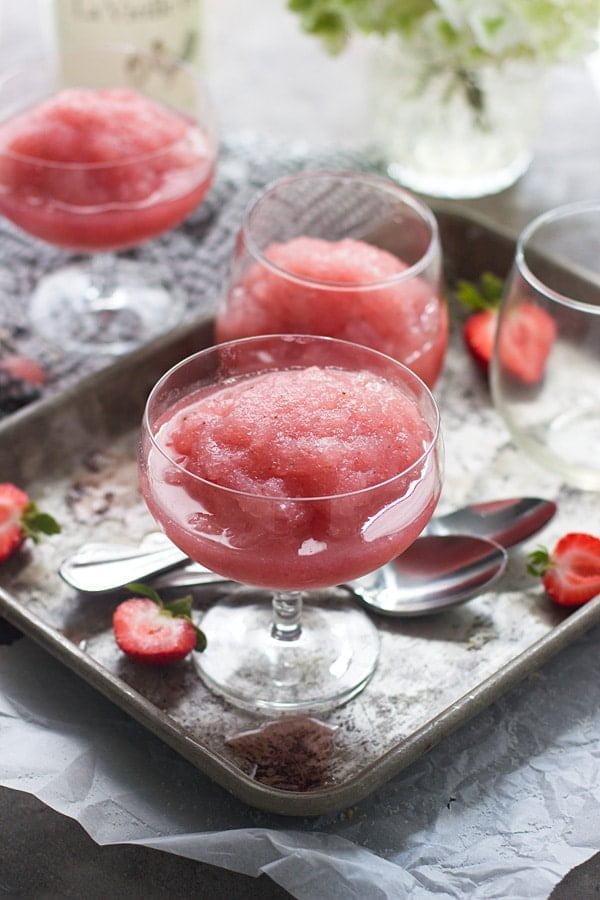 Strawberry Frosé (Frozen Rosé Slushies)
Print
Prep time
6 hours
Cook time
15 mins
Total time
6 hours 15 mins
These frozen rosé slushies are SO easy to make with only three ingredients and will be the ONLY thing you want to drink for the rest of summer!
Author: Nicole ~ Cooking for Keeps
Serves: 6 glasses
Ingredients
Instructions
3.3.3077