This One Pan Chicken with Spring Vegetables is a weeknight dream. It’s quick to throw together (under 30 minutes!), healthy, and so gorgeous! 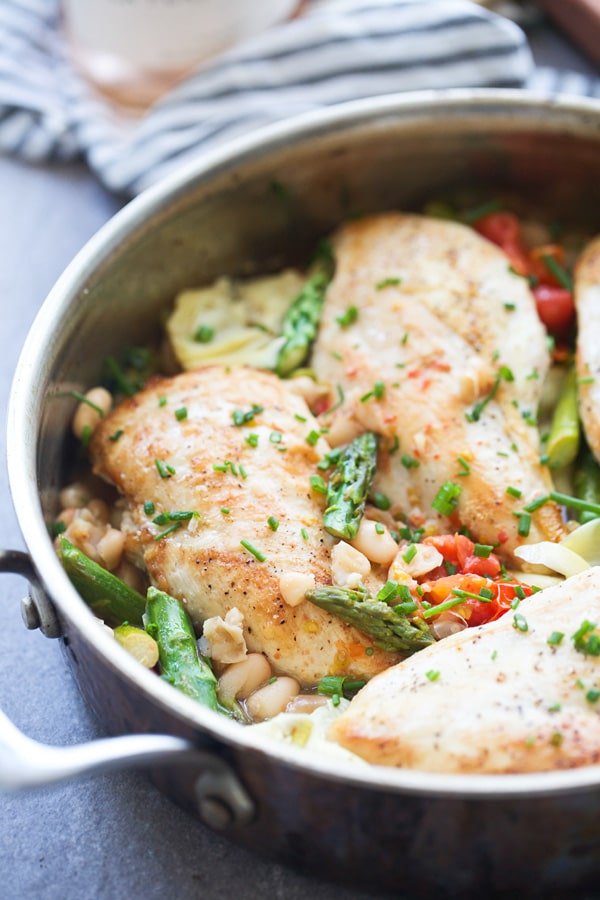 Oh, how I love easy and delicious dinners. I mean, who doesn’t?

And when they use only one pan and include a bevy of my favorite spring vegetables, even better.

This is one of those awesomely versatile dishes, because with each season, it’s easy to switch up some of the ingredients to reflect what’s available at the current time. The base is always the same – perfectly seasoned and browned chicken breasts cooked with wine, white beans and stewed tomatoes.

In the winter, I may use red wine, pearl onions and bacon. In the fall, I might swap out the tomatoes for sweet potatoes and add in some hearty kale to transition to colder days when hearty reign supreme. Now, in the spring where more green produce is available and we’re leaning towards lighter meals, I love to use a dry rosé, fresh asparagus, artichoke hearts and plenty of fresh chives from my garden. 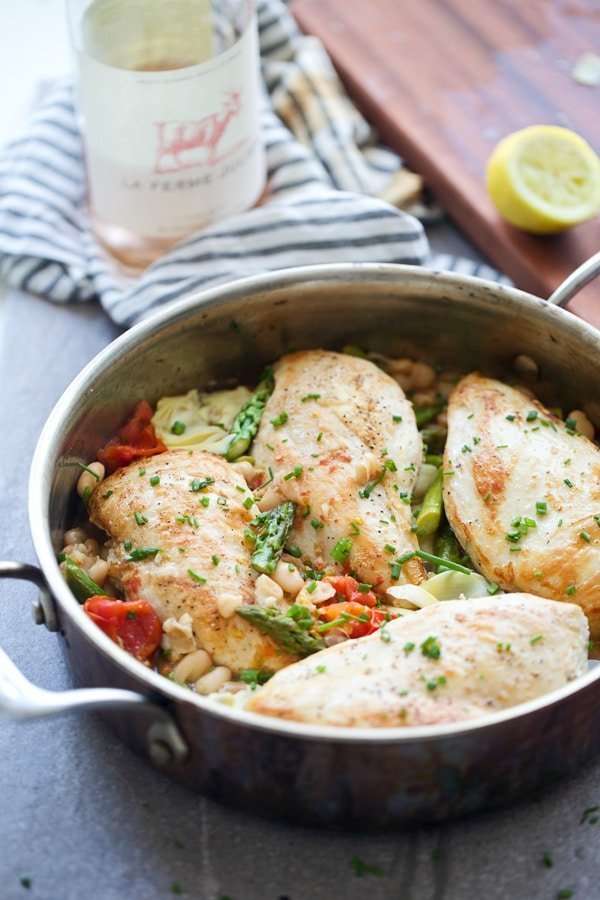 Here’s how it goes down:

Season your chicken breasts LIBERALLY with salt, conservatively with pepper. When cooking simple chicken dinners, seasoning is key, and that all starts with seasoning the actual chicken breast. I see it time and time again, with home cooks and shockingly, restaurants, where the star of the show is left bare, with no seasoning at all. Not only does an initial seasoning of salt and pepper season the chicken breast itself, it continues to season the entire dish since everything is made in the same pan.

The chicken breasts are then seared in a little bit of butter and olive oil until golden brown on both sides, but not necessarily cooked through. (The chicken will finish cooking later.) 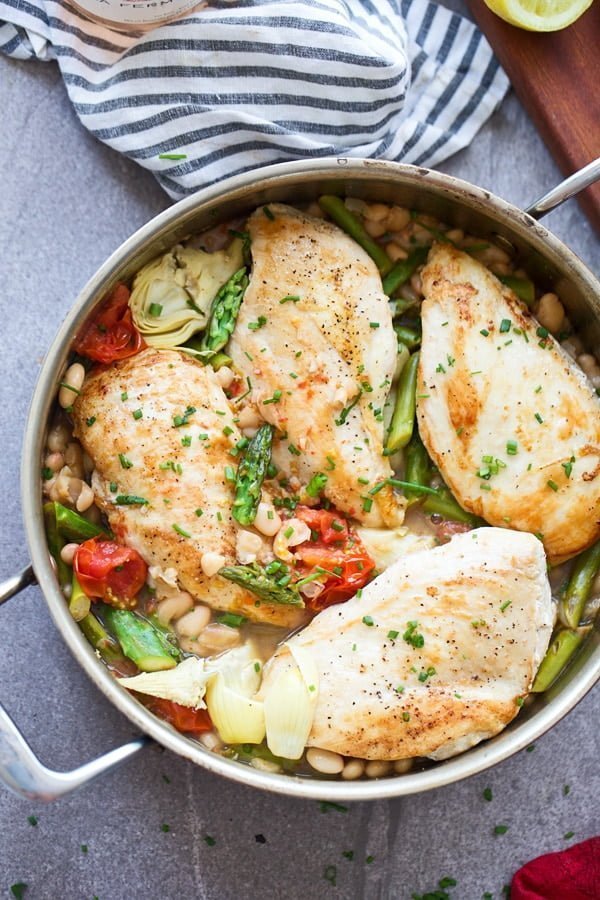 Once each side is browned, the chicken is set aside and the pan is deglazed with the rosé wine. You could also use a dry white wine as well, rosé is just what I had on hand since that’s what I guzzle in the warmer months. #roséallday

From here, it’s embarrassingly easy. Throw in the white beans, canned tomatoes, asparagus, artichokes and remaining salt. Bring everything to a boil and reduce to a simmer until the white beans are softened, the asparagus is cooked, but crisp and a sauce-like consistency forms. Toss in a handful of finely chopped chives, then garnish with more.

Serve with a giant green salad and dinner is done. 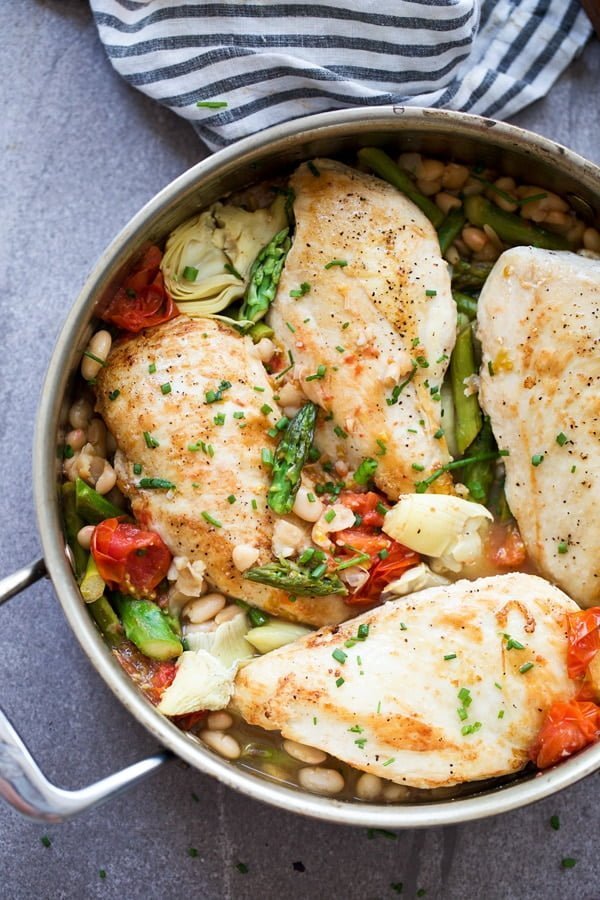 Print Rate Email
This One Pan Chicken with Spring Vegetables is a weeknight dream. It’s quick to throw together (under 30 minutes!), healthy, and so gorgeous!
Prevent your screen from going dark
4 people