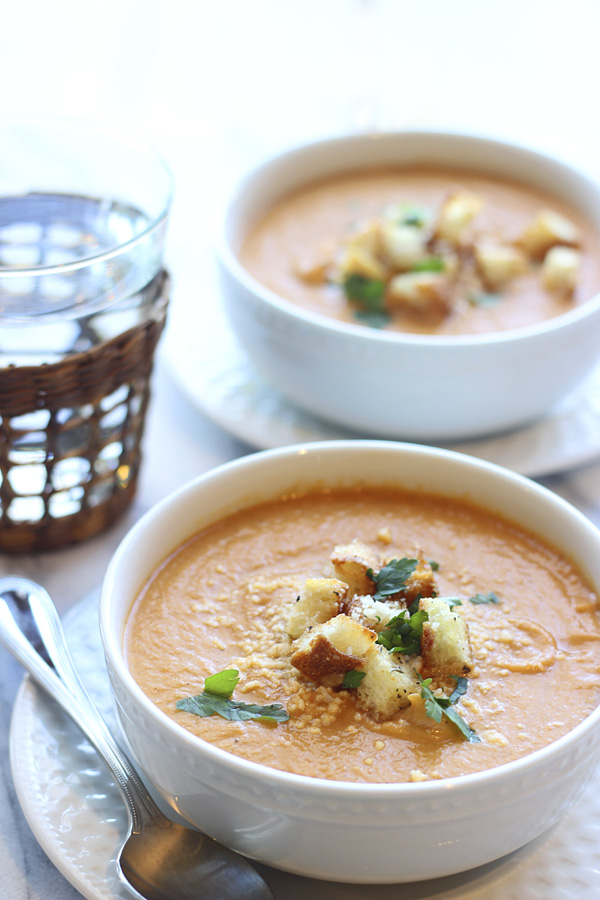 I feel like I’ve talked about the weather like a trillion times this year (this year, as in this winter), but I’m talking about it again, because it’s cold. So so cold. I just can’t handle it. I’ve lived in Kansas my whole life so you would think I’d be used to it by now, but it’s just not something you get acclimated to. Heck, I’m even cold in the summer when it’s below 85 degrees.

Right now, all I want to do is curl into a ball up against a space heater and cry until spring is here again or better yet, summer. The only things getting me through it are big chunky sweaters, warms socks, giant throw blankets, scorching showers, hot tea, pre-heated cars and copious amounts of blistering soup.

This soup in particular warmed my body from the inside out three days in a row last week and I’m still dreaming about it.

Umm also, this must be noted, when I had my husband proofread this post, he flagged chunky sweater, as a typo, and said, and I quote, “I’ve never heard of a chunky sweater…maybe clunky?” Hahahahaha boys. 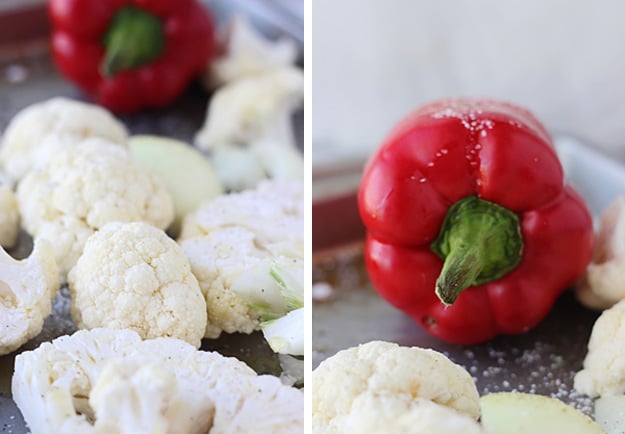 Cauliflower soup was on my list of soup dishes to make for ages; I had even bought three heads of cauliflower three different times with intentions of making it, but flaked out for some reason or another. It could have been my fear it would turn out bland, or be a weird texture or it could have just been pure laziness. Who knows?

It wasn’t until I had a side of cauliflower “mashed potatoes” a while ago, that literally blew my mind, that I decided that my cauliflower soup was happening ASAP. I asked the waiter if he could give me any details on where the intense flavor was coming from, and he informed me they just doused the cauliflower in olive oil, salt and pepper, blackened the crap out of it, and then pureed it. That got me thinking about my long lost cauliflower soup again, and maybe, just maybe, if I blackened the cauliflower just as they did, the soup wouldn’t have a chance of being bland as I had originally feared.

I didn’t stop there though; I roasted not only the cauliflower, but a red pepper and two whole heads of garlic. For those of you that aren’t familiar with roasted garlic, it’s pretty much liquid gold. Creamy, sweet and garlicky liquid gold… 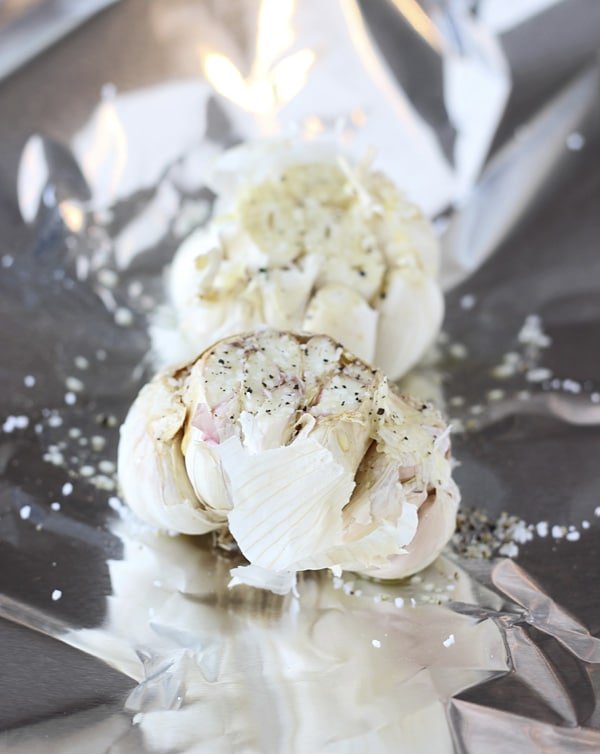 Once everything is roasted together, it’s all thrown into the blender with a little bit of chicken stock, transferred to the stove to simmer and then hit with just a touch of half and half at the last minute.

If you want to get all fancy, you could even push the soup through a sieve for an ultra creamy texture, but I thought it was just fine as is. In all of my pureed soups, I like to have a little bit of texture, so I topped off the soup with some crispy garlic infused croutons, a little bit of parmesan cheese and drizzle of olive oil for a nice finish. 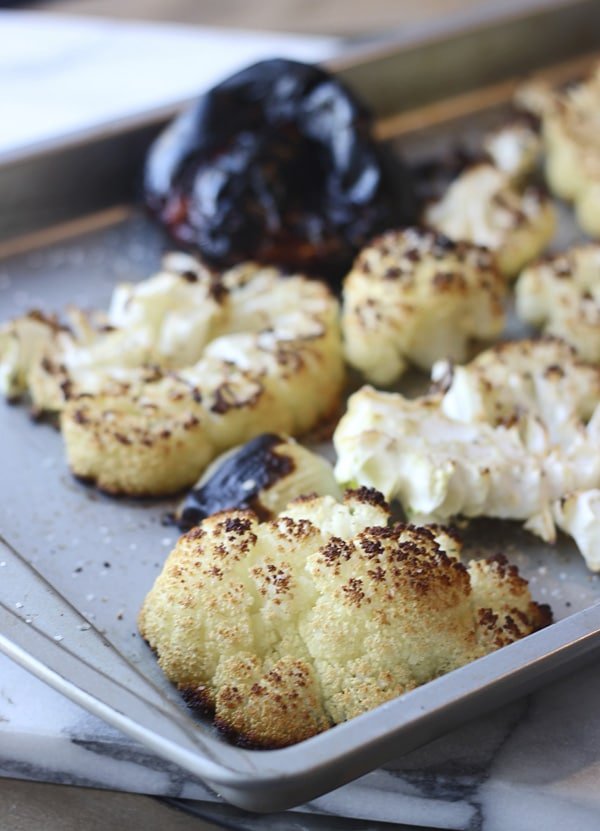 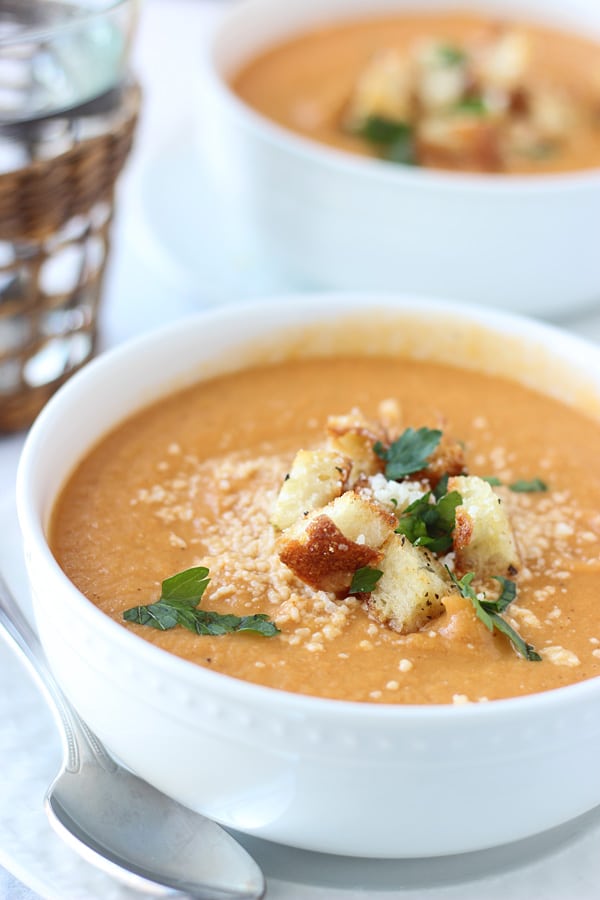