END_OF_DOCUMENT_TOKEN_TO_BE_REPLACED

5-Ingredient Brown Butter Cinnamon Rolls are a cinnamon-roll lover’s dream – and they take MINUTES to prepare. They’re incredibly soft, packed with cinnamon and sugar, nutty brown butter, and then slathered with a two-ingredient (four if you count salt and water) glaze that will make you weak in the knees.

Today’s recipe is part of a whole series of five-ingredient recipes, so be sure to check out all of them! We love these Peanut Noodles, these Blackened Cilantro Lime Chicken Burgers, this Chicken Piccata, this Gnocchi with Sausage and Peas. , and this Shrimp Alfredo. 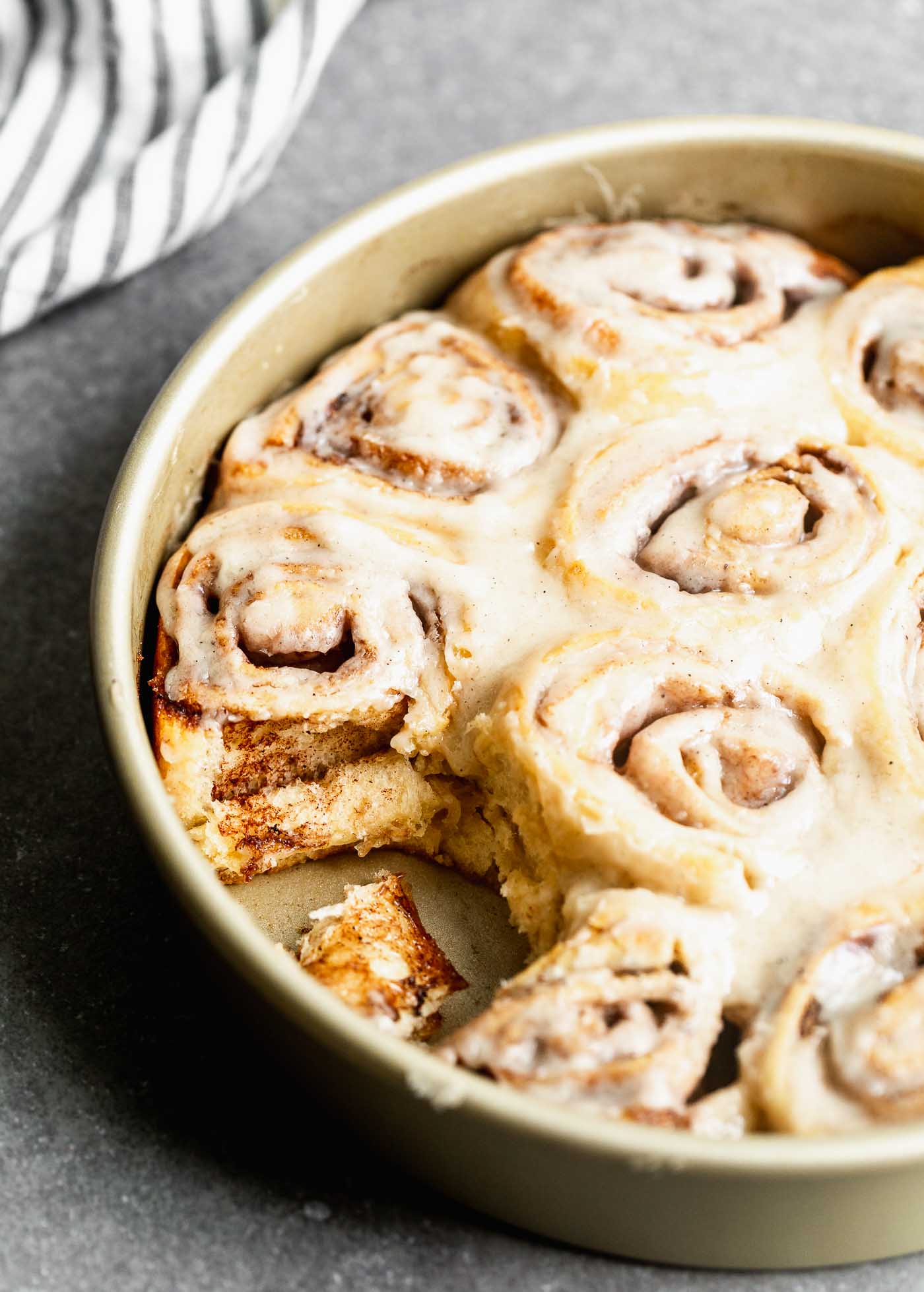 Do I have you convinced yet??

Although. I do have a secret to confess. 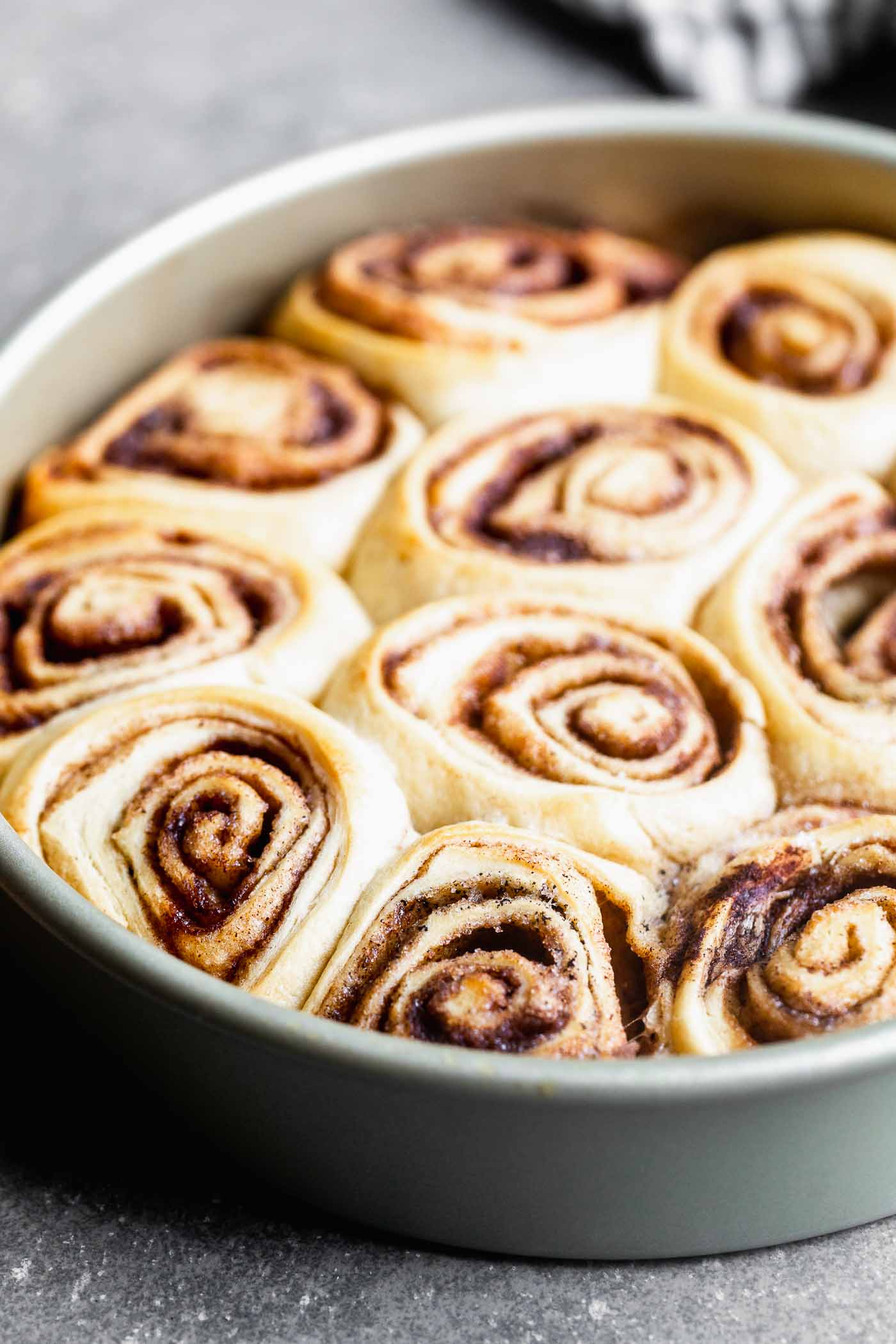 There was a major  shortcut in preparing these. I knew I wanted to use a store-bought dough, because five ingredients in the name of the game here. At first, I toyed around with buying pizza dough, or freezer bread dough, but I actually ended up loitering near all the canned biscuits, and swiped two cans of Pillsbury Crescent Dough in a burst of impromptu rebellion. And I have absolutely no regrets.

After the rolls are baked, there is literally no trace of the pre-packaged product, and all anyone will taste is the most buttery, soft cinnamon roll on the planet.

Not that I need to justify using crescent dough, because I’ve been making sticky buns, cinnamon rolls, sweet buns etc. for years, and I can honestly say these have yielded the softest end product yet. Do yourself a favor and hightail it to the store to buy the dough, I’m guessing you have all of the other ingredients on hand. 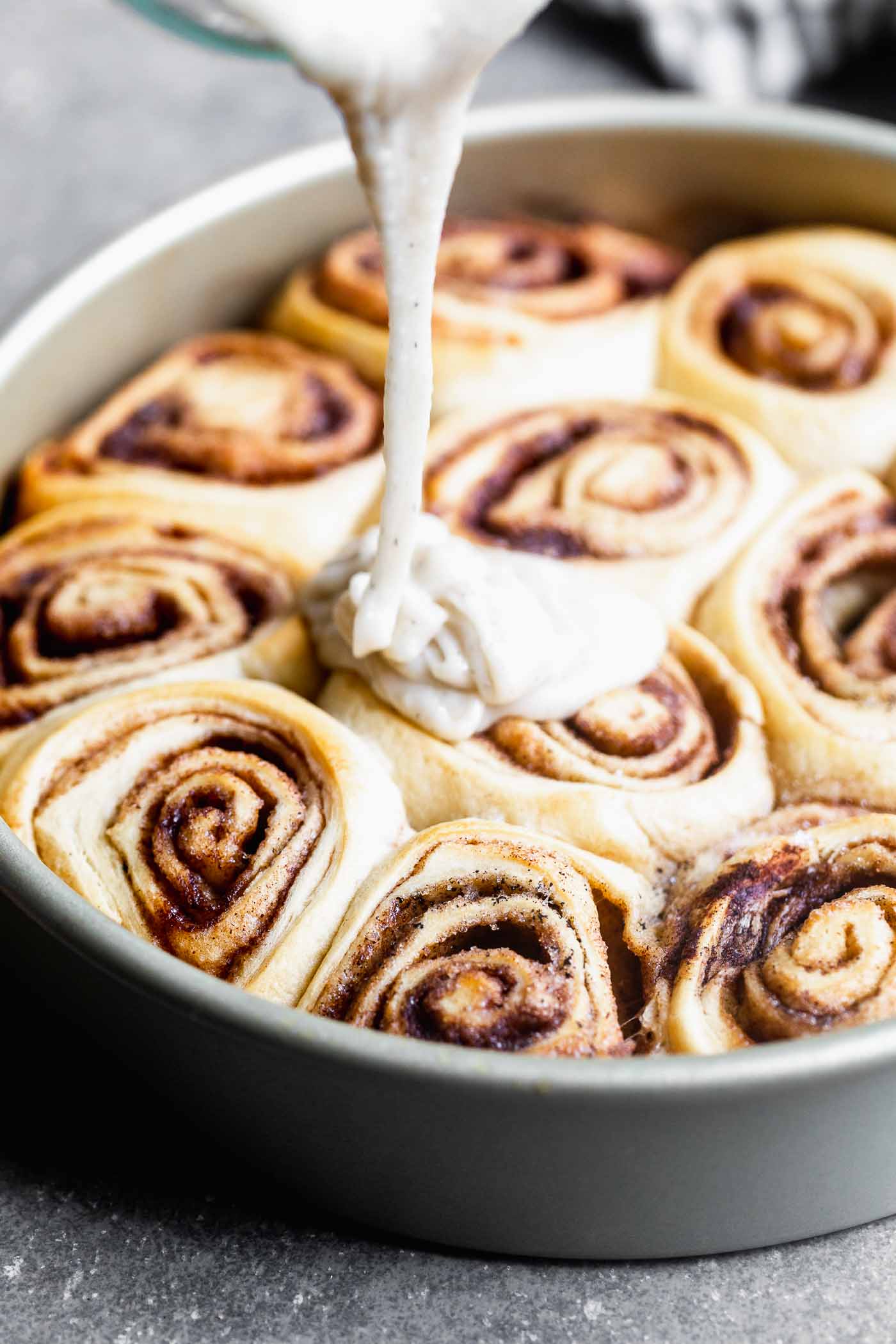 While I’ve waxed poetic about the actual dough, another star of the show? Brown butter. Which if we’re being perfectly honest, is always the star of the show thanks to its irresistibly nutty, delicious taste. (We’re big fans of brown butter, example here, here, here.) Similar to a lot of my five-ingredient recipes, the brown butter serves double duty for maximum flavor. First, as the “glue” that sticks the cinnamon and sugar to the dough, and second as the prominent flavor in the glaze.

Which brings us to…

Two ingredients. Brown butter and powdered sugar. Well, four if you count salt and water, which we don’t. I was not expecting much when I made this glaze. Naively, I just thought it would be the perfect, subtle compliment to the rolls, but between the brown butter and the generous amount of salt, it’s kind of a game changer. Now I will be slathering this on all of my sweet rolls, until eternity. Taste + ease wins every time.

How to Brown Butter 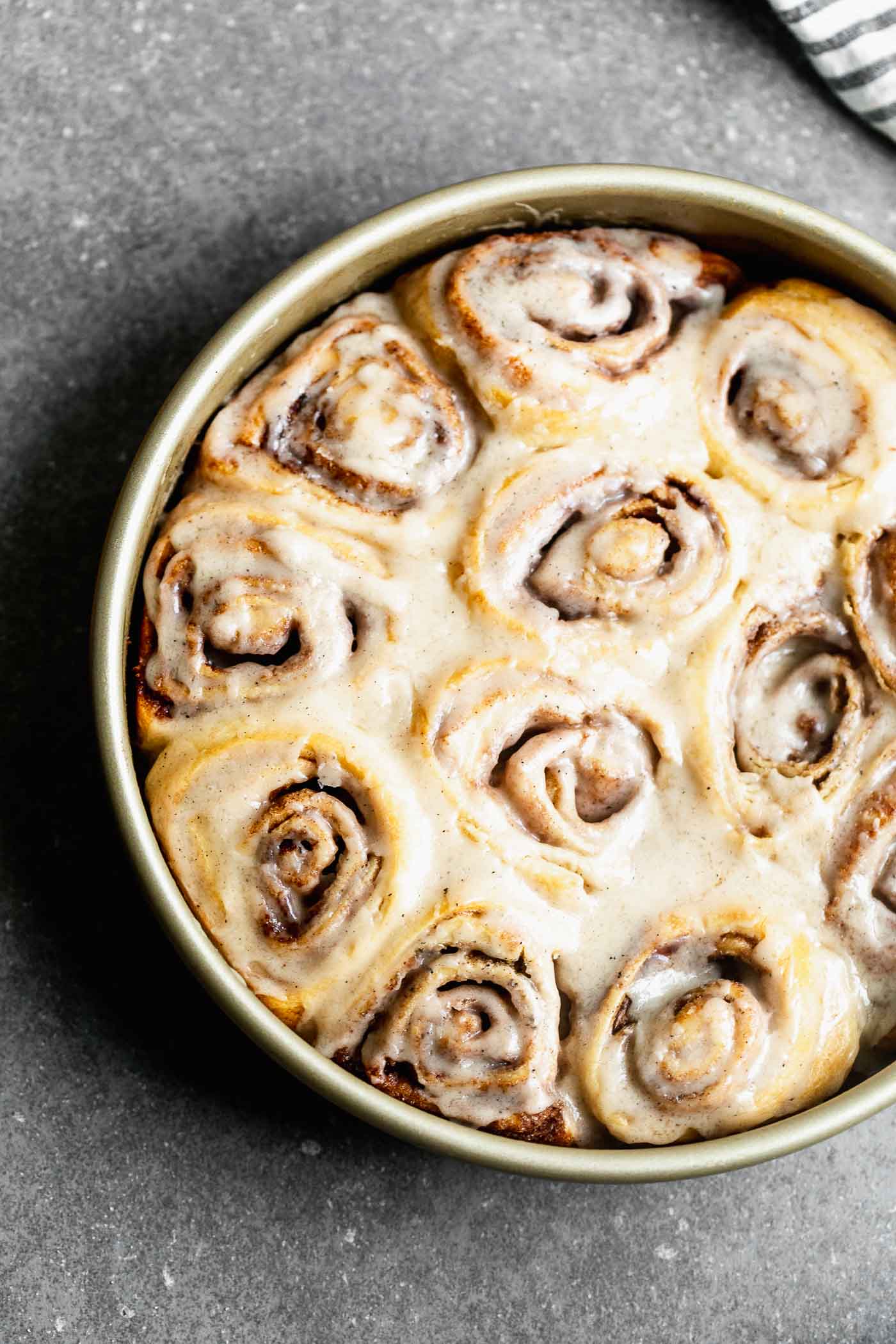 What if I can’t find sheets of crescent roll dough?

No worries. Just buy the triangles and press them together.

What to serve with 5-Ingredient Brown Butter Cinnamon Rolls 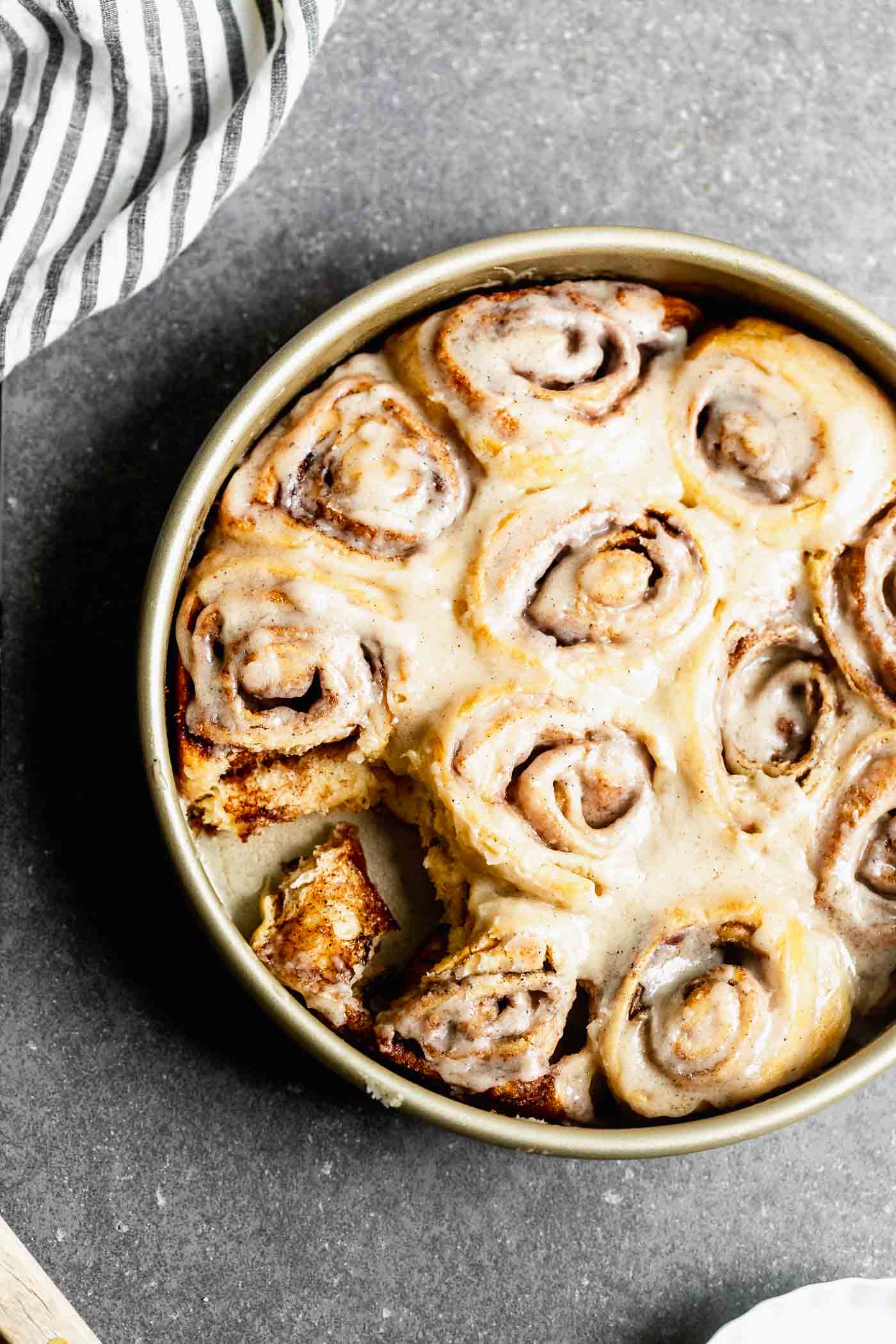